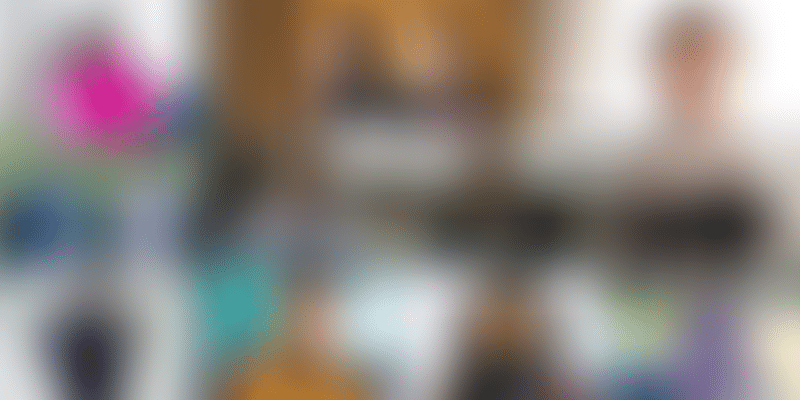 D2C business model eliminates middlemen from the traditional business model, and helps save on costs. The Indian business ecosystem is seeing a rise in D2C companies that are successfully meeting consumer expectations and growing exponentially.

In the last few years, along with the rise of ecommerce, the Direct-to-Consumers (D2C) companies have also started popping up in the Indian business ecosystem.

Traditionally, the retail business was run by distributors. However, with the advent of the internet, it became easier for companies to reach out to their consumers with ecommerce platforms coming to the fore.

With the D2C way of doing business, the brands reach their target customers directly, removing the middlemen and retail stores innate to the traditional business model. This saves a lot on the cost of the product and also enables the brands to understand their customers’ demands better.

There are many homegrown companies that are finding success with their D2C business model. Here are their inspiring stories.

Four years ago, Arvind Sokke, Ashwin Sokke, Manish Chowdhary, and Karan Chowdhary started off with a dream of making it big in the skincare and lifestyle industry by investing very little money. Fast forward to 2019 and you have them becoming the global darlings of Amazon.

The company managed to build a business purely via ecommerce with a small offline presence. Amazon India’s Head Amit Agarwal has gone on record to say that Wow, a brand of Fit and Glow, is a hit among all their sellers.

But like all great success stories, Wow too started small with heaps of challenges along the way. The journey had begun with these friends going almost bankrupt. But the obstacle became the way when the founders turned their misfortune on its head and decided to embrace ecommerce. The rest, as they say, is history.

Their company Fit&Glow is a $50 million (Rs 350 crore) business and its brand, Wow is a national and global hit.

When Ghazal and Varun Alagh were expecting their baby, they wanted to do everything they could to keep their baby safe. Like any caring parent, the two browsed the internet, searching for do’s and don’ts for the little one and also what products they could buy to pamper their bundle of joy.

But they were shocked to see the results.

No product that matched the safety standards was available in the market. Every product they saw contained chemicals harmful to their newborn. The duo was left disappointed.

This experience drove them to create a brand by a parent for a parent - Mamaearth.

In 2016, the couple launched the brand under the parent company Honasa Consumer Pvt Ltd in Gurugram, using the best available ingredients – natural, plant-based, or manmade, which are both certified safe as well as effective.

In four years, Mamaearth became Asia’s first brand to get the MadeSafe certification for its toxin-free products.

The company has catered to over 1.5 million consumers directly and via ecommerce in more than 500 cities across India.

After exiting as one of the co-founders of The Man Company, Rohit Chawla’s plan to launch a haircare brand that aligned with people’s needs saw him scale.

To cater to people with a customised haircare solution corresponding to their hair type, texture, and environment, Rohit came up with an ingenious idea - Bare Anatomy.

Bare Anatomy is a beauty tech startup that believes personalisation is the future of the beauty industry.

Bare Anatomy offers shampoos, conditioners, hair oils, hair serums, and hair masks. All the products are personalised as per the customers’ unique needs and are made fresh after receiving specific orders.

In a span of nine months, the company has seen a 10x growth and has reached 20,000 customers. It is fast emerging is as a D2C brand.

Not long after Gaurav Khatri completed his commercial pilot training in the Philippines, he decided to become an entrepreneur instead.

The year was 2014 - when the consumer electronics segment for smartphones, smartphone cases, and Bluetooth earphones was exploding on Flipkart and Amazon India.

Alongside the smartphone segment blossomed a market for smartphone accessories like cases and covers. This was the segment Gurugram-based Gaurav wanted to venture into.

“When I expressed interest in this, my cousin Amit reached out to me and we decided to join hands,” Gaurav, 30, tells SMBStory.

Gaurav and Amit tied up with Chinese manufacturers to make the smartphone covers and sold them in India.

They rode the wave of skyrocketing smartphone sales on ecommerce platforms. Gaurav claims Noise became one of the best sellers in the mobile accessories category in the first few years.

Our way of eating changed when instant noodles hit the market. Instant mixes, instant coffee and tea, hot chocolate, custard, and the like, soon followed.

We now have an instant food solution for almost all kinds of meals.

One of the brands that is catering to this segment is Zissto, a ready-to-eat gravy sauce brand launched by Kanhai Porecha in Mumbai in 2017.

Kanhai started Zissto after returning to India from UK where he did his graduation. He says he wanted to introduce authentic Indian cooking sauces.

Today, the brand sells 50,000 sauce bottles across Mumbai and Chennai through its own website and through online portals like Amazon and Flipkart.

Before becoming an entrepreneur, Yashas Alur worked at Bengaluru-based Dentsu Webchutney. At the workplace, he noticed that several women employees carried more than one bag.

This made him wonder whether a handbag could be redesigned to fit all the essentials, such as laptop, smartphone, wallet, bottle, keys, makeup set, etc. If a handbag could fit all these things there would be no need to carry multiple bags to work.

After talking to a Delhi manufacturer who imported vegan leather from China, Yashas came up with two designs for work handbags.

He raised funding for his idea from an unlikely source: his boss at Dentsu Webchutney, who invested Rs 8 lakh in Yashas’ venture. Yashas quit his job in November 2017 and formally launched Everpret in January 2018.

Through the Everpret website, Yashas started selling his designer handbags to working women in metro cities. The company recorded a turnover of Rs 3.5 crore last year.

Most sales happen in Delhi, Mumbai, Bengaluru, and Chennai, and the company may soon set up kiosks in IT parks to boost brand visibility.

Ashutosh Singh and Gaurav Singh met each other while working in health and wellness startup Joybynature. During their stints as digital marketer and sales manager respectively, they realised that the profit margin in running a private firm was huge. Both left their jobs and started searching for new opportunities.

They decided to build a digital, Direct-to-Consumer (D2C) personal care brand for Gen Z, for which they wanted to have a name that resonates with this segment. And hence the name Yayy! Naturals.

Yayy! Naturals is betting on D2C to establish itself in the personal care space for various reasons. Ashutosh says he wants to be connected with the customers from the beginning.

“Other players who sell their products through Amazon or other marketplaces are able to scale quickly. But if 60 to 70 percent of their sales are happening through marketplaces, it means they are not getting enough data or feedback from the customers.”

The brand caters to more than 1,000 customers every month and claims to have a repeat customer percentage of 45 percent.

India’s perfume and deodorant market has grown tremendously in the past few years. The deodorant sector is also making progress in the baby care segment.

Dipali Mathur was in search of a deodorant for her teen daughter and realised the lack of age-suitable toxin-free personal care products for adolescents.

In 2018, Dipali along with her friend Milan Sharma, launched Super Smelly in New Delhi, a toxin-free products brand.

Super Smelly sells its products through its own website and is available across all major ecommerce channels, including Purplle, Nykaa, Smitten, Bigbasket, and Amazon.

The brand also serves US and UK customers through Amazon.

In recent years, the age-old medicinal industry of Ayurveda has seen a boom with many young entrepreneurs bringing its benefits to the fore.

Vishal Kaushik, a marketing professional, saw great potential in this market and thought of giving a contemporary spin to the traditional wisdom of Ayurveda. He, along with his younger brother Parag Kaushik, launched Upakarma Ayurveda.

The company was founded in Delhi in 2017, and in a span of four years, it claims to be making profits.

The entire product range of Upakarma Ayurveda is sold across ecommerce platforms like Amazon, Flipkart, Nykaa, FirstCry, 1Mg, and HealthKart.

Our lifestyles and eating habits have changed drastically. A lot of stuff we consume today lack nutritional value. That, combined with daily stress, inadequate sleep, and haphazard work timings have led to an overall increase in lifestyle illnesses.

The company spent its initial months setting up infrastructure. Sales began in December.

Namhya Foods is available on grocery shelves in Jammu, Gujarat, and Delhi. Online sales happen through Flipkart, eBay, Etsy, and on its own website. In the last six months, it has sold inventory worth Rs 5 lakh.