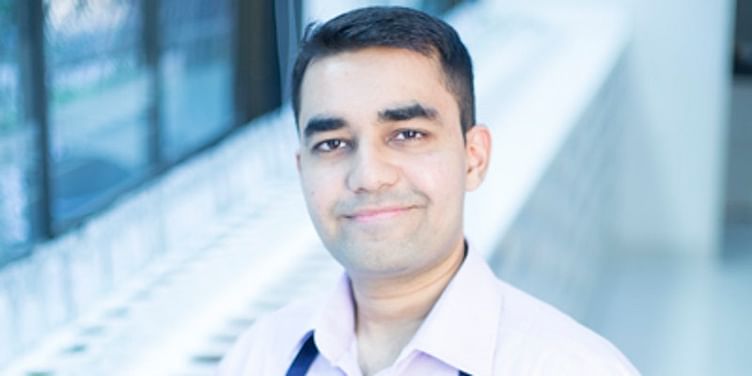 Steeped in the welcome brew of premium teas, this six-decade-old tea company not only survived the test of time and captured the export market with its 147 variants of teas, it’s now turning to IoT and online.

It is said that a steaming cup of chai can soothe the most anxious mind. In our tea-loving nation, the beverage also has a historic and nostalgic aura that a Kolkata-based tea company has brandished with care for decades. With a huge market potential that many players are disrupting, MK Jokai’s legacy stands tall with its premium quality teas that were exported to Russia, Poland and other countries as early as the 1950s.

As Tea Board estimates reveal close to 88 percent of the households in India revel in sipping that refreshing cup of brewed chai, MK Jokai now turns its aromatic brew towards the Indian market, after having captured a large export segment.

In the 1950s when India gained Independence, MK Shah was finding his feet in the tea market. With trade booming, he started a small tea broking firm in a 200 sqft shop, trading orthodox (full leaf) teas taken directly from local manufacturers to markets abroad.

My grandfather had a very modest background. He earlier worked in a tea broking firm in Kolkata and slowly started his own. With utmost dedication and perseverance, fighting against all odds in times when communication was a big problem, he exported tea into the Russian market,” Parimal Shah (33), who is a third-generation tea entrepreneur and president of MK Jokai, tells SMBStory.

A legacy that continues

Kolkata-based MK Jokai Agri Plantations Pvt Ltd is steeped in tea history. At a time when barter trading was prominent and India exported goods in exchange for resources, MK Shah explored the B2B segment of Russia (then USSR) and Poland.

The company used to supply orthodox teas to principle government agents in the USSR (a country that didn’t grow its own tea), and the Russian people loved the taste of the Indian tea leaf. In the 1970s, KM Shah joined his father as a 17-year-old to expand the business.

At that time, USSR was undergoing great political change which led to the formation of Russia. It was an opportunity we couldn’t afford to miss. My father was the first person in our entire family who stepped out of India to diversify the business. The company launched its maiden tea brand, MK Supreme in 1984 through a tender for the Polish government, and soon spread its wings into Russia.”

The brand became an instant hit and in the 1990s, the company set up a subsidiary at St Petersburg in Russia. And since then, Indian tea leaves have been spreading their aromatic tenets across Russian households.

The tea industry is worth Rs 40,000 crore. As orthodox tea farmers (whole leaf teas), the tea we manufacture is sipped black, without milk and straight. It is a premium variety, and it distinguishes us from the mass-market players who manufacture and deal in CTC (crush, tear and curl) teas which is the most popular tea Indians prefer,” Parimal says.

The journey of expansion

The company then realised how important backward integration was. KM Shah then acquired the Nangdala Tea Estate in 1990 in the Dooars region of West Bengal.

In 1999, he purchased the prestigious garden of Koilamari. By 2000, Williamson Magor’s record deal added the renowned tea estates of Gingia, Seajuli and Majhulighur to the company’s already burgeoning collection.

In May 2005, the group acquired Rossell Industries from M/s. Hindustan Lever, along with which came seven prestigious tea estates of Panitola, Bokel, Nalani, Hattialli, Muttuck, Daisajan and Singlijan.

Suddenly, the small tea broking firm became one of the leading producers and exporters of quality tea. On hindsight, Parimal is grateful that his father instilled the right values in him, “My father always taught me to live a modest lifestyle and that helped me in re-investing funds into the business.”

At the age of 19, Parimal joined his father with an aim to diversify the brand’s reach. He first worked with J Thomas, one of the largest tea broking companies in the world to gain experience. Today, he helms the Russian operations.

Parimal is keen on targeting international markets even as Iran, Iraq, UAE and Russia predominantly have the MK Jokai stamp.

When I joined the business, the foundation had already been set by my grandfather and father. For me, the responsibility and the challenges were maintaining integrity and adding more life to the business. I wanted to institutionalise the business. In a competitive scenario where leading brands capture most of the market size, one has to remain relevant, and that’s what we as a company are focusing on.”

As the tea farming industry is a mature one, the growth percentages are low while sustainability is high. For Parimal, his greatest challenge now is to scale the business and to complete the circle from farm to cup.

As their existing business is largely B2B, the focus is on manufacturing the best possible quality tea, year after year.

It is an android vending machine with an IoT dashboard that gives real-time updates about the consumption of raw materials inside the machine. From Mumbai tapri chai to hot chocolate, chamomile, Gujarati haldi doodh, filter coffee and more; the machine will have different variants to suit the Indian palate,” Parimal explains.

The launch of the vending machines is slotted for November 2019 in Pune. They want to compete with brands like Godrej and Cafe Coffee Day. The company is also planning to target the Indian online market with its premium tea brands.

How his mother’s search for the perfect cup of coffee led this entrepreneur to found a ‘filterl...

The entrepreneurial zest of a man behind Delhi’s Junkyard Cafe, Garam Dharam, who came back with a bang after facing an early shutdown