Delhi-based MasterG aims to weave the dreams of marginalised women 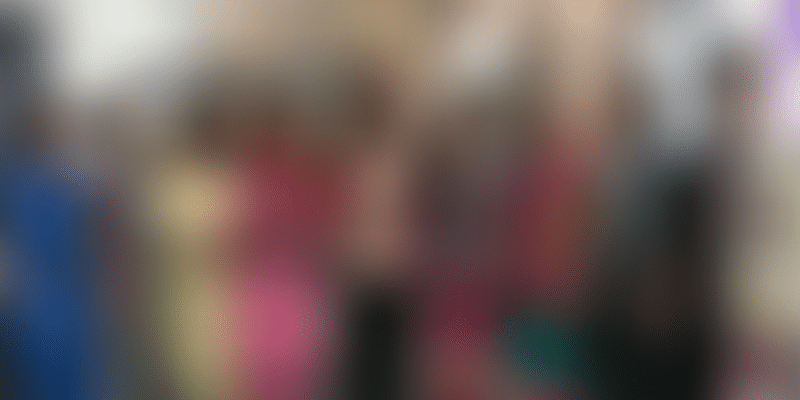 A visit to MasterG, a garment manufacturing unit in Okhla in New Delhi, gives one a refreshing experience. While a traditional masterji is synonymous with a male tailor, here women were omni-present in every role. From taking measurements to cutting and stitching clothes, the unit was filled with women of all age groups.

The garment industry has predominantly been male-centric. As a result, important jobs like pattern making or fabric cutting are mostly done by men, while women do low-skill jobs such as cutting threads or attach buttons at the end of production line.

But Gayatri Jolly was irked with the fact that the garment industry was male dominated. To bring a change to this mind set, she launched MasterG in Delhi in 2015. ‍

MasterG is a year-long skills training programme pegged at the industry level. It trains women in advanced skills like pattern making, technical design, design research, fabric cutting and sewing, which is traditionally learnt mostly by men.

However, Gayatri’s larger aim was to provide affordable training in advanced design skills that can enable women to break patterns of poverty. For this, MasterG mostly targets women from vulnerable sections of the society and helps them to earn a living with dignity, either by helping them find employment or assist them in starting their own business. 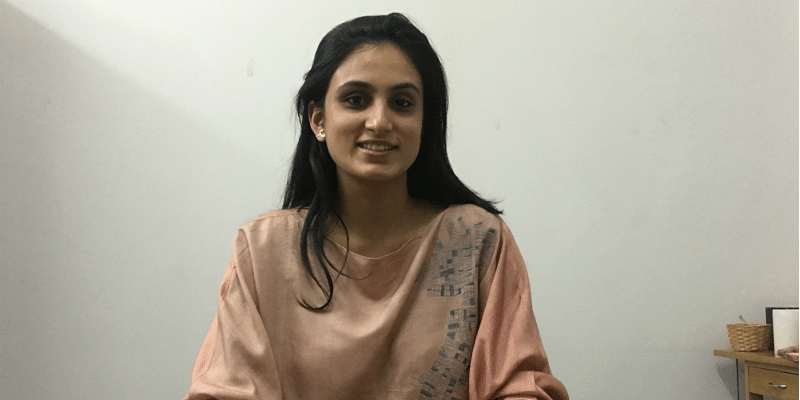 Gayatri holds a master’s degree in fashion from the Parsons School of Design in New York. But, like many others from the school, she did not launch her own fashion brand. Instead, she felt the need to find solutions to the existing problems in the society.

Gayatri says a problem that had been troubling her for long was the prevalence of women as low skilled workers in the garment industry. The reason, according to her, is the traditional Indian system of passing skills from father to son or younger brother, and not to women, in a traditional Indian family setup.

“The age-old stereotype of men being the tailors had always irked me. Why is it that when one thinks of a masterji (tailor), one usually thinks of a man?” Encountering a girl doing that job should not come as a surprise to anyone, she adds.

MasterG is primarily a skill-development business. It has a two pronged curriculum. First, it trains women in high level skills to the best quality standards, and second, it makes them unlearn all the conditioning which has, till now, held them back.

“At MasterG, women not only learn the skills that will help them grow higher in an organisation, but also lets them start imagining themselves in the position of authority in the industry,” says Gayatri.

“The process of design from a cloth to a finished product can give women a semblance of power,” says Gayatri.

Till now, MasterG has trained 418 women and has three training centres, two in Delhi and one in Haryana. It trains around 150 girls every six months with Fena Foundation, ASF Infrastructure as CSR partners, and Adharshila as an implementation NGO partner. Recently, MasterG also ventured into manufacturing garments for other brands.

Talking about the business model, Gayatri says, “We act as a consultant to companies, which are looking to meet their CSR (corporate social responsibility) requirements. We run training programmes at NGOs by collaborating with them. The students interested in the training programme pay a nominal fee of Rs 250 per month to our NGO partner for a year and the corporates in turn pay us a consultation fee for imparting and controlling the training course entirely at those centres.”

“It is heartening to see these girls make patterns. There is an old adage in the garment sector that girls can’t make patterns as that job is extremely important and controls the entire flow,” says Gayatri. My girls are defying it with grace, she adds.

Nineteen-year-old Kahkesha, who was trained at MasterG, is currently working with them. She says, “My parents were insisting me to get married. Now, when they see me working, they are proud and are willing to help me build a career and defer my marriage plans.” Coming from a humble financial background, Kahkesha says her parents would have never been able to afford her training had it not come at such a nominal price. Thanking Gayatri, she says, “I would love to work for ma’am (Gayatri) for the rest of my life. It is like a family here.” 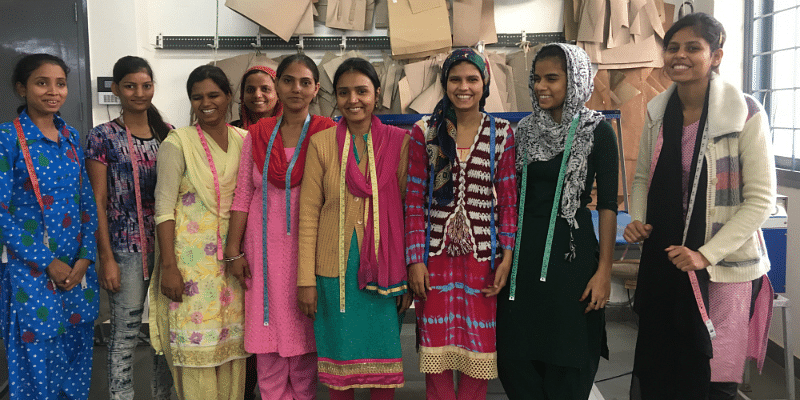 On sharing her inspiration behind MasterG, Gayatri says, “Idea never comes at one particular instant and place.” MasterG, for Gayatri, is an accumulation of life experiences and exposure. She says a lot of brainstorming and research was involved before she finally realised that she cannot any longer “not-do” it.

For Gayatri, her two-and-a-half-years journey has offered her many moments to cherish. She says,

“My biggest achievement was when a teacher at the NGO admitted his daughter for the training.” It proves that people believe in our product.

But, Gayatri had to overcome many obstacles before seeing MasterG make an impact. She says,

“The biggest challenge was changing the mindset of people -- the girls and their families.” The girls, according to Gayatri, could not imagine themselves in a position of authority.

The other major challenge was making them understand concepts at a desired pace as most of the girls have not received a good primary and secondary education. But, Gayatri says the girls do not let this hold them back. They double their efforts in order to ace their learning and perform well in the course.

In the future, Gayatri wants to grow MasterG’s association with brands so that it can manufacture more and ultimately recruit more girls from its training centres.” MasterG is therefore looking for more NGO and CSR partners so that it can scale its model countrywide.

According to industry reports, the Indian textiles industry contributed two percent to the overall GDP and seven percent to the industrial output for the year 2017-18. A report by National Skill Development Corporation (NSDC) titled Human Resource and Skill Requirements in the Textile Sector shows that by 2022, the textile industry will need around 15 million skilled people.

Gayatri feels that her initiative, if supported by industry players and the government, can go a long way in meeting the requirement of skilled labour in the sector. She feels donation and charity will not solve societal problems. Their impact, according to her, is temporary. To find permanent solutions to such problems, the best way is to monetise them, says Gayatri.

How to build a successful beauty products brand in 2021