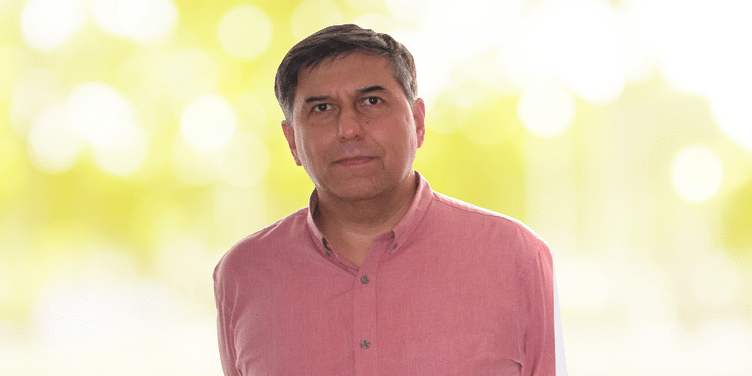 After shutting its physical stores and expecting near-zero revenue from offline channels, FabIndia had to cut costs, take care of its 55,000 strong workforce of rural artisans, and chart a plan ahead.

When India went into a lockdown on March 25, 2020, it came with a warning for ﻿Fabindia﻿ and its 250 retail stores. India’s largest private platform for traditional products shut its stores and spent the next two weeks getting over the shock.

The popular ethnic wear brand, built over 60 years, had not placed all its eggs in one basket. It was quick to notice that the government was allowing the sales of essential items and hygiene products during lockdown, and decided to ramp up its organic foods production.

“Teamwork and collaboration with the state government in Uttar Pradesh were critical to scale up production under our Organic India food brand. Before lockdown, food and hygiene products contributed two to three percent of our business. With the increased production, it quickly grew to 15 to 20 percent of our business,” FabIndia Chairman William Bissell told YourStory in an exclusive video interaction, part of the series ‘Money Matters with Shradha Sharma’.

After shutting its physical stores and expecting near-zero revenue from offline channels, FabIndia had to put its aggressive expansion plans on hold. Deciding to conserve and collect cash instead, the brand felt it would need cash at least till December 2020.

“Cutting cash flow is never easy. If a car is moving fast, stepping on the brakes hard sends it spinning. We managed to get support from our bankers to put together a war chest. In hindsight, it was a good move. I believed we should collect as much cash as possible because it was unpredictable when the next cash cycle would come,” added Bissell.

Watch the full video interview below:

It was not enough to just focus on FabIndia’s finances. With low demand for its products, the brand had to take care of its workforce: rural artisans.

FabIndia’s products are made by over 40,000 artisans and craftspeople across India, and it links over 55,000 craft-based rural producers to modern urban markets, creating a base for skilled, sustainable rural employment.

“It was a heart-breaking time for artisans. The lower you are in the economic pyramid, the worse is the impact of lockdown. We helped them by clearing all the invoices as quickly as possible. It took us time to do it, but we tried to keep the cash cycle going for the artisans,” Bissell explained.

Despite hard times for artisans, the lockdown presented a silver lining for FabIndia. With production in several industries halted, skilled and migrant workforces left major cities and made their way back to their hometowns and villages.

It was in these rural areas that FabIndia was already operating, and the business capitalised on the influx of skilled labour coming from the cities.

“This was one advantage we had over businesses that were set up in cities. We were operating from where the poorest lived. Trained workers were coming back to these places, and we began employing them to make face masks for COVID-19. We started making 40,000 masks a day as we realised it was the need of the hour to employ as many people as possible,” he said.

Building a business around a purpose

William’s father, John Bissell, started the textile export business in 1960 that would eventually become FabIndia. William, who originally wanted to be an environmental journalist, took over the reins when his father fell ill.

He decided to pivot to retail and establish a brand. The business would sell under the FabIndia name. FabIndia’s genesis was also a result of his desire to create an Indian brand that revived the country’s heritage in some way.

It is this very purpose that kept Bissell and FabIndia going through the difficult challenges posed by the COVID-19 pandemic and the lockdown situation.

“A business built around a purpose may not see the same kind of drop that other enterprises might. The community and customers support a business with a purpose. Having an ideal helps, even though an entrepreneur may not be successful initially or might make many mistakes,” Bissell said, adding that purpose is one of the three things he believed ensures business continuity and consistency.

Fabindia appoints former IndiGo president Aditya Ghosh to its board

The other two are focussing on the long term and building trust. Bissell maintained that keeping an eye on long-term strategy helps improve the quality of decision-making.

“However, if you have taken investors’ money or are listed, you will end up focussing more on short-term returns. Despite this, it is important to think long term and build trust through rigorous systems. Many entrepreneurs take shortcuts. But trust takes a long time to build and a short time to destroy,” he said.

With consumer demand shifting to online in the wake of the pandemic, FabIndia is rethinking its online retail approach. When ecommerce boomed in India post 2014, FabIndia’s investors said the brand needed to pivot to ecommerce, but William had stood his ground.

He didn’t want to lose the kind of money ecommerce businesses were losing. Further, none of FabIndia’s core competencies lent itself to becoming an ecommerce company. Staying true to William’s vision of selling offline, FabIndia opened over 250 physical outlets.

Now, Bissell acknowledges the need for retailers to understand the changing consumer behaviour and reorient their strategies for selling online.

“Some retail will shift to ecommerce. There will be innovative platforms such as the one Jio is building in collaboration with kirana stores, and there could also be community-based retail, where businesses come to retailers that share a common business philosophy,” Bissell said.

While FabIndia isn’t about to make a 180 degree turn and become an ecommerce marketplace, it is looking to modify its approach to online retail.

“We want to build a Human Needs Platform on our website that will address people’s unchanging requirements for daily items and even experiences. Human needs won’t change in the long term, and so we aim to create a community around it. It won’t be a marketplace. We can continue to be successful for another 20 to 30 years if we pull it off,” he said.

Besides this online venture, FabIndia has resumed operations at its physical stores across the country. Focussing on making the brand’s retail experience as safe and hygienic as possible, and getting the business back on track, Bissell took away some key learnings from the few difficult months of lockdown.

“The lesson to be learned is that you can take nothing for granted. Entrepreneurs have to be super alert to the changing needs of customers, especially in a sector like retail, which has been badly hit. Those who are not hyper vigilant may risk losing what they’ve built over decades,” he said.