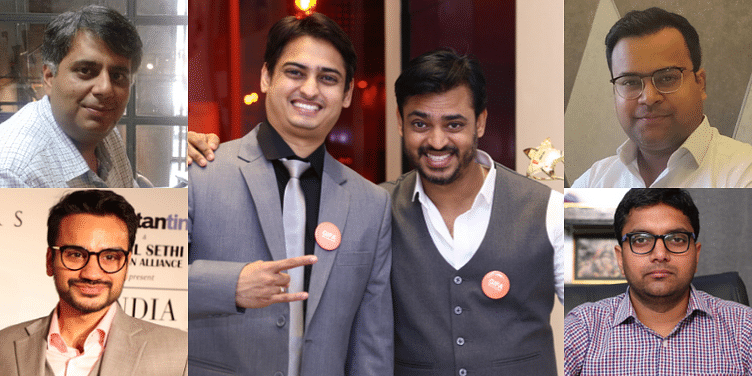 The emotional bond entrepreneurs share with their family business can take precedence over starting up afresh. It can inspire them to brave all sorts of challenges and scale-up. Here are 5 success stories of entrepreneurs who did exactly that.

Taking over a family business is markedly different from launching a startup. For a new entrepreneur, running a family business entails upholding the values and ethics of the enterprise and accepting responsibility for its sustainability. A startup or new business is relatively more free to take risks and explore daring business strategies.

Running a family business is often seen as less glamorous. It comes with its own set of challenges, such as keeping up with technology innovation, adopting digital strategies, attracting the right talent, etc, according to a 2019 PwC report.

Here are five success stories of Indian entrepreneurs who chose to join their family businesses and took them to new heights:

Rakesh Sharma and his wife, Sunita, founded RK Jewellers in Delhi in 1995 to serve customers with the best gold and diamond jewellery designs in the market. They started the company with a capital of Rs 3.55 crore and put in long hours to build it into a successful business.

In 2011, their children Rohan and Prakshi stepped in and wanted to build on top of their parents’ achievements. They wanted to transform RK Jewellers into a brand that offers aesthetic design collections, catering to an audience beyond India.

"Earlier, people used to buy jewellery as assets, but now people consider it fashionable to wear designer diamond and gold jewellery. Hence, my sister and I stepped into the business to cater to that niche audience and make products with international aesthetics,” Rohan Sharma says.

While the brand caters to women of all age groups, manufacturing diamond and polki jewellery, the brother-sister duo, in 2014, decided to corner the millennial segment with the launch of another label, Prakshi Fine Jewellery. It offers diamonds and gemstones jewellery designed to appeal to millennials.

Now, the siblings plan to capture a niche audience in $2 billion jewellery industry and tackle competition from brands like Tanishq, Kalyan, Malabar, and others.

Mathura-based Gaurav Agrawal's father and grandfather were in the business of printing Hindu texts. As demand shifted from texts to digital and electronic media formats, the focus shifted from religious texts to educational texts.

But this machine was capable of printing in four colours.

“My father modified it and became the first in India to use such a machine to print textbooks, and that too in multicolour," he says, adding, “Since we used the modified printer, our costs were low. I realised I could print books which were affordable. I was inspired to start my own company by using such a model,” he says.

Keeping this model in mind and with initial funding from SIDBI (Small Industrial Development Bank of India), G-tech Print Works was launched in Mathura in 2011, seeking to manufacture school books published by the Central government, state governments, National Council of Educational Research and Training (NCERT), Central Board of Secondary Education (CBSE), and universities.

The company produced 10 million books between 2017 and 2018, and had a turnover of Rs 4.10 crore. It aims to double production numbers for the next year.

Kishan Jain’s grandfather Otmalji Goraji, along with his son and Kishan’s father, Jugraj Jain, started trading in electrical switches and wires in a small shop in 1979 under the name Goldmedal Electrical, with a capital of Rs 2.5 lakh.

In 1998, Kishan completed his graduation and joined his father in the business. Goldmedal underwent a radical transformation when the second-generation leader came on board. His foresight of investing in the expansion and modernisation of the company and infrastructure led to rapid growth in the product portfolio of the company.

"I wanted to bring in innovation. The existing urea switches had limitations and I wanted to diversify into the market. Hence, for the first time, we introduced plastic,” Kishan shares on his early days at Goldmedal.

In 2001, the company began manufacturing polycarbonate switches and launched a series of 3-Magic, which soon gained prominence in the southern market, including Tamil Nadu and Kerala. A few years later, Kishan’s brother, Bishan Jain, also joined the family business, and since then, there has been no looking back.

The company now has 20,000 dealers base across the country and employs more than 1,000 people in its company. The company vies with the likes of Legrand and Panasonic, and has recorded Rs 1,400 Crore turnover in 2019.

In 2015, Aayush Madhogaria (26) joined his family’s business against their wishes. The Madhogarias were running Jagannath Iron Foundry (JIF) in Howrah near Kolkata for four decades, but they felt they were in a sunset industry.

But the IIM-Kozhikode graduate was not ready to let the foundry die, and he first identified the root of the problem. “JIF manufactured cast iron products such as pipe fittings, manhole covers, valve bodies and other engineering castings. But they were sold rough and without any value addition to local traders,” Aayush says.

Aayush came up with a two-prong strategy for the brand. One, make and sell finished access covers (municipal or drain covers) to foreign markets under the JIF brand. And two, act as an OEM (original equipment manufacturer) which makes and sells pipe fittings and valves to other Indian brands.

“At the time, JIF had an annual turnover of Rs 6 crores. After I joined, a lot happened, right from selecting pieces of equipment from different small factories, getting suppliers to improve quality, and bustling through the smelly, narrow lanes of an old industrial town like Howrah to source parts,” he says.

Till 2015, the business only sold in a local radius of five kilometres. So Aayush came up with strategies to sell value-added iron castings products across domestic and foreign markets. Driven by his entrepreneurial zeal, JIF grew over five times in four years and recorded a turnover of Rs 30.5 crore last year.

Kanav admits he joined the business half-heartedly after realising that his family needed him to further manage other businesses too. But he decided to fully immerse himself in the task. He took over the affairs of the family’s Royal Enfield dealership.

“Before I joined, for years, we used to sell 50-60 bikes per month. When I took over, we started registering a 20-percent growth per month, and within four years, we were selling 250 bikes a month, higher than any other dealer in the country,” he adds. Today, Kanav claims that Jaycee is one of the top dealers of Royal Enfield motorcycles in India.

Within a year of taking over the motorcycle dealership, Kanav took over the family’s tractor component plant too. “I noticed that our plant was not performing to its full capacity. Many decisions on upgrading the machinery were being stalled. On taking over, I made those decisions and put some other processes in place, which ultimately brought the plant to perform to its full capacity,” he says.

Today, with his taking over the plant called Jaycee Strips and Fasteners, the business has registered a continuous growth, and is currently seeing a turnover of Rs 25 crore.

The Shoshaa show: Rising in a crowded imitation jewellery market