'For SMBs to come online everything has to be mobile-first and in easy, gamified steps': Shalini Girish, Google India 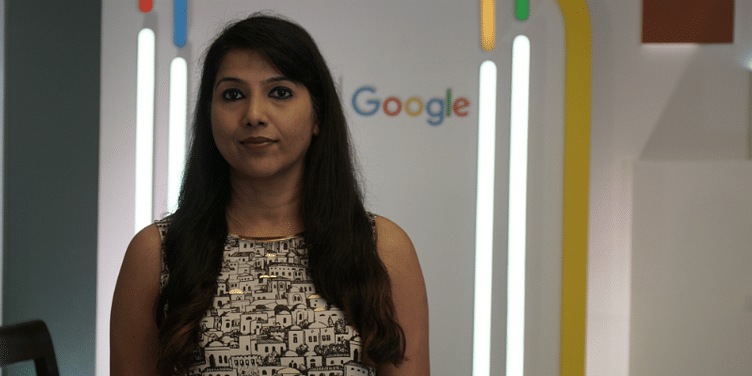 For small and medium businesses (SMBs), keeping up with technology has always been a tough challenge. Besides the tech know-how, they are intimidated by the perceived high cost that digitisation may lead to.

Search giant Google has always been a default ‘discovery’ platform for consumers looking for products or information about businesses. Thus, it made sense when they started engaging with small and medium businesses in India to help them come online.

Now with the launch of its new, revamped app Google My Business (GMB), Google is enabling SMBs to manage their profiles on-the-go and boost customer engagement. The app is a simple and free tool for SMBs to start their digital journey through listings on Google and keep their business presence up-to-date on Google Search and Google Maps. The new app allows businesses to update their profile, converse with customers, and attract new ones in real-time, on-the-go.

So far, over 23 million Indian SMBs have leveraged Google Maps and GMB to come online.

In an interview with SMBStory, Shalini Girish talks about the need for SMBs to go online and how Google India is facilitating that with easy tech solutions. Shalini has been with Google for over 13 years. She was earlier based out of Sao Paulo where she set up and led the Google Marketing Solutions team for Latin America. In 2013, Shalini moved back to India and took on the position of Director for the Global Customer Experience teams (India Operations) supporting several geographies, including North America, Australia, and New Zealand, among others.

Excerpts from the conversation:

SMBStory: Having worked with SMBs in India for the past two years, what insights have you got about this segment?

Shalini Girish: We have been doubling down on our efforts to bring SMBs to come online in India. We first needed to understand what their barrier was. Why were SMBs not coming online? India has a large SMB base and the latest report puts the number at 58 million. We conducted research with KPMG a couple of years ago and found that nearly 70 percent of SMBs had no presence online. Not even an email id. That is a large number especially in a country like ours where the internet ecosystem is booming and consumers are all coming online.

We found there were two broad barriers. One, they felt it was an expensive affair and it was not something they wanted to spend money on. Two, they thought they had to be tech-savvy to get online.

SMBStory: How have you put that learning into practice?

SG: Another big barrier for SMBs is lack of time. Most of them are single-founder companies where the founder is doing most things themselves. We’ve found that most of them use our education app Primer once they are done with their day’s work. This company Tsar Watches from Indore, started by a single founder a couple of years ago, manufactures and retails wood watches in India. We asked the founder how he makes time to catch up with tech that can help him grow his business. He told us that he goes through a few lessons on Primer in the evenings and then builds a strategy to implement the next day.

We also found that for the SMBs, everything has to be mobile-first and in simple and easy (gamified) steps.

The other learning was that they all have the aspiration to reach other markets, especially the neighbourhood shops and mom and pop shops.

SMBStory: Can you give a few examples?

SG: So just like Tsar Watches, there’s a two-century-old sweet shop in Lucknow called Ram Asrey. They use GMB app that allows them to stay connected with the existing as well as a new audience. They are well known in the celeb circles with Bill Clinton and Amitabh Bachchan as their star clients. Two years ago, they were doing no ecommerce. Today, they are looking at scaling digitally.

It is interesting to see how these two businesses -- Tsar Watches and Ram Asrey -- have two different strategies to grow. Tsar Watches was born online and is now looking to scale offline by tying up with retail stores. Ram Asrey, a traditional storefront, is looking to grow digitally.

There’s also a father-son business, Raju’s Tea Stall in Bhopal, which uses GMB, and has about 17,000 reviews on it.

SMBStory: What were these initiatives that you had launched to help SMBs come online?

SG: Given that the tech ecosystem is so critical to our economy and India’s GDP, we said let’s see what we can do. And hence, we had put in place a few initiatives a couple of years ago like the free Google My Business that we recently relaunched. This takes out the expensive factor from the equation. The other initiative we launched was the Digital Unlocked that is designed to arm SMBs with digital skills via offline and online training module and over 360,000 small businesses have been trained in the past two years.

Primer is a free mobile app designed to teach digital marketing skills and has been downloaded over 6.2 million times. Also, websites with GMB enables SMBs to create a free, mobile optimised website instantly in 10 regional languages and over 800,000 Indian businesses are already using it.

SMBStory: Why was there a need to relaunch GMB?

SG: Once the businesses come online, it does not mean that they are active. To help them keep their presence alive online, we have redesigned the app so that businesses can stay updated on-the-go and in real time with their customers on the app. We also launched Smart Campaign (a paid service), where businesses can launch their advertisement in simple three steps.