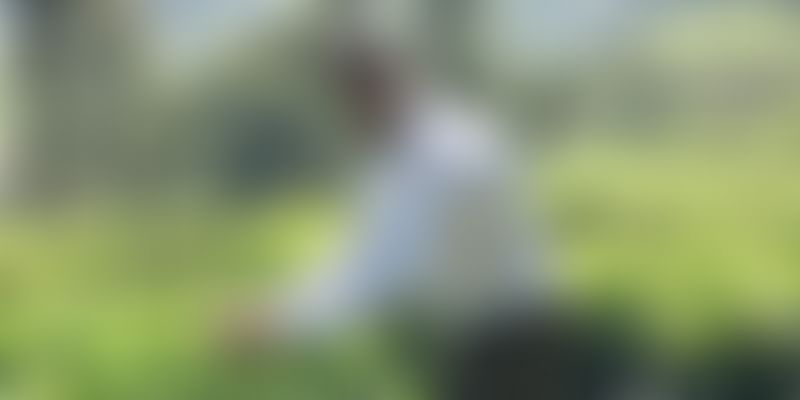 Bala Sarda founded Vahdam Teas in New Delhi in 2015 to make the Indian teas brand positioning stronger in the global market. With a total of 175 SKUs, the company clocked Rs 145 crore turnover this fiscal.

According to an IBEF report, India ranks second in tea production. In fact, after water, tea is the most consumed beverage across the world.

Geographically and climate-wise, India is suitable for tea cultivation, with the northeast region, north Bengal, and southern India accounting for the highest tea production.

In recent years, India’s Darjeeling tea has made a name for itself in the global market, with UK brand Twinings Tea and Starbucks subsidiary Teavana boasting of the Indian flavour to their customers.

Although Indian teas are in wide demand, Bala Sarda felt that India as a brand is not efficiently placed in foreign markets.

In an interaction with SMBStory, the Founder and CEO of Vahdam Teas, says,

“There are foreign brands that are sourcing tea from India, and the consumers abroad love the taste. However, I didn’t find the ‘Made in India’ tag as the selling point there. The perception is if an Indian brand is selling the same product, it wouldn’t be of good quality.”

Hailing from a family of tea exporters, Bala grew up in an environment where substantial know-how of the tea industry was inevitable.

After graduating from college, Bala visited his family tea estates in Darjeeling and realised the massive potential Indian tea had and the value it could create within the global tea industry.

In 2015, at the age of 23, Bala founded Vahdam Teas — a digitally native, vertically integrated global wellness brand — that ships one of India’s finest teas to the world. The company is headquartered in New Delhi.

While exploring the US market to launch his brand, Bala recalls, saying,

He was asked to remove the label as US consumers perceived Indian brands to have a misfit quality, he adds.

Ironically, India contributes 25 percent to the total global tea production. The country is also the fourth largest global exporter of tea, besides herbs, spices, and superfoods, including turmeric, moringa, ashwagandha, tulsi, giloy, etc., that constitute the ingredients of herbal tea.

Global brands source these superfoods and tea from Indian OEMs or farms and sell under their brand label, Bala claims.

“Not many brands take the initiative to promote Indian tea by launching a homegrown brand in foreign countries. You see Starbucks introducing turmeric latte. It is Westerners who are promoting the benefits of our homegrown products, so why shouldn’t we? I wanted to crack this opportunity and retain the value at the source,” he explains.

After passing the USDA certification and non-GMO verification, Bala launched in the US market. He later explored Canada, the UK, and Germany as potential markets.

Vahdam is now available in 1,000 brick and mortar shops in the US. It is one of the first few Indian brands to list in premium and legacy retail chains in the US, including Nordstrom, Neiman Marcus, Bloomingdales, Nordstrom, Bergdorf Goodman, and Saks Fifth Avenue.

Bala says Vahdam has close to 1.5 million US customers.

In five years, Vahdam Teas has raised over Rs 110 crore in venture funding in four rounds.

Vahdam procures all its raw materials directly from the tea gardens rather than from traditional auctions. Leveraging technology, the brand conducts its R&D, blending, and packaging at its 100,000 sqft facility in Noida.

The company sources tea from over 100 tea-growing regions, including Darjeeling, Assam, Nilgiris, and Kangra. It also sources superfoods, including turmeric from Maharashtra, Tamil Nadu, and Andhra Pradesh; ginger from Maharashtra, Karnataka, and Kerala; ashwagandha from Madhya Pradesh and Rajasthan; and moringa from Tamil Nadu, Karnataka, and Andhra Pradesh.

Vahdam has its distribution channels set up in India, the US, and Europe.

The tea industry is one of the largest employers of organised labour in India. However, the massive industry is plagued with problems, including low wages and an uncertain future for workers.

In fact, tea prices remain a major concern for the industry that has not kept pace with increasing costs.

“Weather conditions are continuing to remain harsh and unpredictable because of larger climate change issues. A majority of producers, particularly small producers, are finding it difficult to even recover the cost,” Bala adds.

India grows some of the best teas in the world. However, the absence of a homegrown brand has made the industry dependent on bulk exports.

“Foreign brands move to poor-quality teas from other tea-growing regions to compete on price points and earn higher margins. Also, most of our teas are exported out in single-digit margins, with zero value addition, to be re-branded and sold at much higher margins,” he explains.

Vahdam claims to be a mass premium brand that sells its range of teas 20 percent higher (on average) than its competitors. “However, we try to be 80-90 percent better in terms of our product offerings.”

In India, Vahdam Teas is available on ecommerce platforms, including Flipkart, Amazon, and Bigbasket. It also operates a D2C channel through its website.

D2C brand Organic India is one of the key competitors of Vahdam in the wellness space — both in India and globally.

With leading players in the tea industry like Twinings, Tazo, Tetley, and Balasa, among others, Vahdam is also positioning itself in the market through digital media.

“Our approach globally is digital-first. Our marketing mix consists of ATL and BTL activities, sampling, but the primary focus is digital since there is no spillage,” he adds.

With Vahdam, Bala wanted to create value within the tea industry. “We are one of the only tea brands to be a certified plastic neutral and climate-neutral brand,” he adds.

The company is also supporting the Indian tea community by directing one percent of its revenue towards the education of the tea growers’ children under its social initiative ‘TEAch Me’, in partnership with edtech unicorn BYJU’s.

“We are one of the only Indian brands ever to be featured in ‘OPRAH’S FAVOURITE THINGS’ two years in a row (2018-2019), and on the Ellen Degeneres show in the US, with no paid promotion initiatives,” Bala tells SMBStory.

Moving forward, Bala plans to go deeper into the tea market while building an offline presence in India as well from next year.

“Our brand wheel talks about three things — any category we enter into will be native to India, it has to have a wellness connotation, and it should be centred around tea.”

Amidst the COVID-19 pandemic, online commerce has grown tremendously. Bala says that Vahdam has seen tailwinds because of online sales and an increase in wellness and immunity-boosting products.

In the years to come, the brand plans to launch innovative and new products and become a mainstream brand.