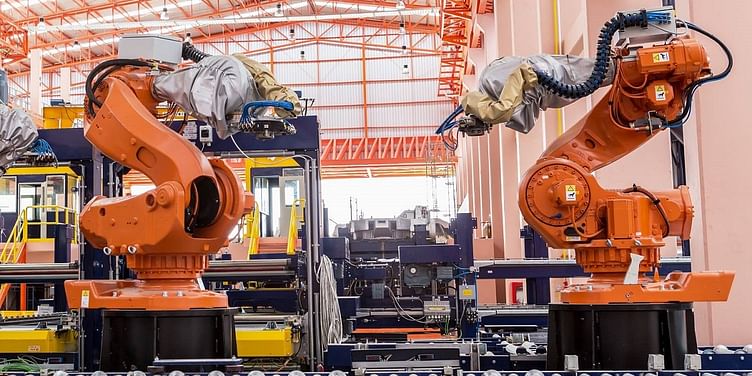 Anand Mahindra said India is known for its skills of frugal innovation but also lamented that the same has not been visible in the solar energy technology front.

The COVID-19 crisis has sharply underlined that India's manufacturing capabilities are woefully inadequate, both for its needs and ambitions and for the country to be self-reliant in the solar energy sector, it needs manufacturing pre-eminence, Mahindra & Mahindra Group Chairman Anand Mahindra said.

Speaking at the First World Solar Technology Summit, he also called for a partnership between the Renewable Energy Ministry and top 10 solar businesses in the country to fund the creation of "an equivalent of a 'genius prime' for innovation in solar technology."

"Indeed a more aggressive stance on solar energy is almost being forced upon us. The COVID-19 crisis has sharply underlined that our manufacturing capabilities are woefully inadequate, both for our needs and ambitions," Mahindra said.

He added, "Even without the crisis, as a scale deployer of solar power, we need manufacturing pre-eminence, and this, in fact, coincides with our national priority that includes Aatmanirbhar Bharat, the revival of small businesses, and creation of jobs. The sustainable domestic manufacturing industry can create 60,000 direct and over 125,000 indirect jobs just in the next five years.

FM sanctions Rs 1,61,017 crore worth loans for MSMEs under ECLGS

"But for us, cost competitiveness is going to be key," Mahindra added.

He said India is known for its skills of frugal innovation but lamented that the same has not been visible in the solar energy technology front.

"Where on earth is it hiding particularly in the solar space? China has close to 40,000 patents in solar technology, India has but 246," he said.

Stating that Indians are good "at working miracles, what I call the lowest cost per unit of innovation," Mahindra wondered, "If solar energy is our future, are we incentivising innovation in this area enough? Can we create an equivalent of a 'genius prime' for innovation in solar technology?"

Calling for public-private partnership in the space to fund innovation, he said, "Perhaps that price could be funded by a partnership between the Renewable Energy Ministry and the top ten solar businesses in India. It will clearly throw our hat in the ring."

Stressing that "solar technology is made for India and can be made by India, he said the country has the "benediction of 300 days of sunshine in a year and the good fortune of access to mind-boggling technological advantage."

India, today, is amongst the low-cost producers of solar power in the world. In 2010, the cost of solar power was Rs 17.9 per unit, and in 2020, competitive tariff-based rates were received at Rs 2.36 per unit, he said, adding "solar energy can compete on its own economic merit against any other source of energy."

Meet the founders who quit their jobs to walk the entrepreneurial path, now make millions in revenue