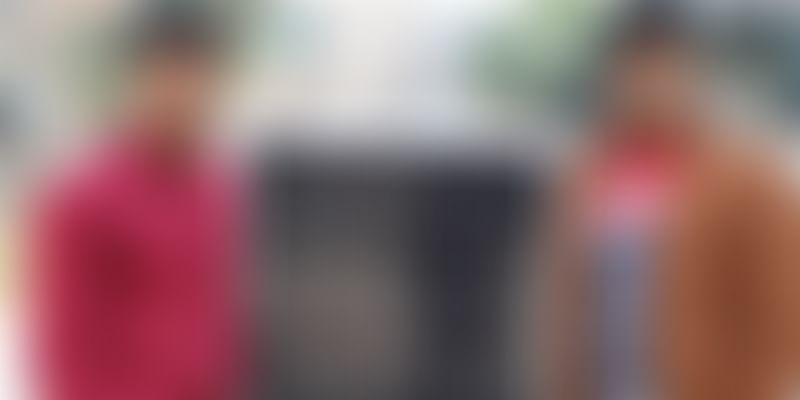 Founded by Amod Anand and Amol Anand, Loom Solar is called the ‘fastest-growing SMB’ by Amazon. In just 17 months, the company has installed 3,500kW solar panels in 9,000 Indian homes creating around 4.2 million units of electricity from solar panels.

During her Budget speech on February 1, Finance Minister Nirmala Sitharaman laid out a roadmap to revive the country’s economy, counter the economic slowdown, and outlined a slew of measures aimed at fulfilling the aspirations of all Indians. And, among the measures was a strong emphasis on the solar power industry of India.

The Budget for 2020-21 allocates Rs 2,516 crore for the solar power sector, including both grid-interactive and off-grid projects. This is a 10.35 percent increase from the Rs 2,280 crore provided in the revised estimate for 2019-20. This thrust and increased need to look at renewable power sources propelled brothers Amod Anand and Amol Anand to make a disruptive start in the solar power sector.

The brothers launched ﻿Loom Solar﻿ in 2018 in Faridabad, which, in the span of just a year, generated a Rs 25 crore turnover in financial year 2019.

The company has installed 3,500 kW solar panels in 9,000 Indian homes since its inception creating around 4.2 million units of electricity from solar panels and 99,000 tonnes reduction in carbon dioxide emission, which is equivalent to planting 1,58,000 trees.

In January, Loom Solar won the title of fastest-growing SMB at Amazon Sambhav.

In an interaction with SMBStory, Amod traces the company’s growth so far.

Prior to founding Loom Solar, Amod was working with Homeshop18 and Amol was handling operations at Luminous. However, there was always an entrepreneurial spirit in the brothers. He says the brothers always had a plan to start something on their own.

When they decided to leave their jobs, they explored various sectors and concluded to enter into the solar power industry.

Amod says while they were doing the market research they found there are many rural areas in India (especially in Uttar Pradesh) that had little access to power. And urban centres like NCR and Noida, where electricity is available, there was a need for more to meet the demand.

When they set out to understand the sector more, the brothers realised that the quick adoption of solar power was slowed down by three major issues—limited information and awareness, lack of product availability across the country, and poor quality and backward technology.

Loom Solar manufactures monocrystalline solar panels and AC modules that are installed on residential rooftops to generate electricity. This reduces pollution and dependency on energy on the national grid.

“The market size of residential rooftop solar is between Rs 1,000 crore and Rs 1,500 crore. Loom Solar believes in providing the latest technology product to consumers. That’s the reason we have monocrystalline solar panels and IoT-based solar AC modules. We have 1,500 resellers across the country for Loom Solar products,” Amol says, adding that only 15 percent of the solar players manufacture their own panels, with the rest resorting to importing them.

Despite being conferred with the title of the “fastest-growing SMB" at Amazon Smbhav, Loom Solar has not been without its own set of challenges.

A particularly huge one is reaching the customer, and telling them about the product offering and its usage. This needs a lot of marketing innovation and the duo is gearing up to make this the company’s strength. Amod also adds that the government should take steps to encourage local production of panels so that imports reduce.

Talking about the company’s future prospects, Amod says Loom Solar is aiming to reach 100 million customers through digital platforms and generate a sales revenue of Rs 100 crore by 2021.

Facing onslaught of Chinese products, how this Bengaluru company revived losses to shine in the solar energy space