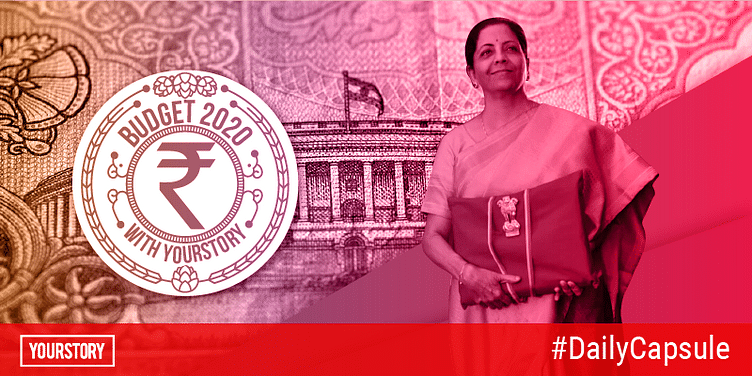 Finance Minister Nirmala Sitharaman laid out a roadmap to revive the economy, counter the economic slowdown, and outlined a slew of measures aimed at fulfilling the aspirations of all Indians.

Budget 2020, the longest in the history of India at 161 minutes, was based on three broad themes – aspirational India; economic development for all Sakba Saath, Sabka Vikas; and building a caring society. Finance Minister Nirmala Sitharaman laid out a roadmap to revive the economy, counter the economic slowdown, and outlined a slew of measures aimed at fulfilling the aspirations of all Indians.

The Minister also recognised the role that startups have played as “engines of growth” for the Indian economy, focussing on how they could be the game-changer for the economy in the near future. A slew of measures was announced to ensure ease of doing business for Indian startups, including a seed fund to support early-stage startups and an investment clearance and advisory cell for entrepreneurs. Budget 2020 also included relief on the tax burden on employee stock option plan (ESOP) tax payments for employees working with startups.

Later in the day, Prime Minister Narendra Modi released a video commentary on the Budget on his official Twitter handle lauding the "decade's first budget" for having "vision" and "action" – one that could propel India into the modern era, and establish it as an "integral player" in the world.

Finance Minister Nirmala Sitharaman announces an investment clearance and advisory cell for entrepreneurs, an online portal to facilitate ease of faster clearances for businesses, and a seed fund to support early-stage startups.

The government has slashed income tax rates across the board and proposed a new (but optional) tax regime in the Union Budget 2020. Here's what it means for the salaried middle class.

Finance Minister Nirmala Sitharaman announced a range of schemes for MSMEs and small business saying that the sector is pivotal in keeping the wheels of our economy moving.

Budget 2020 also revised the limits for NBFCs to be eligible for debt recovery under the SARFAESI Act 2002, reducing it from Rs 500 crore to asset size of Rs 100 crore.

India’s first full-time woman Finance Minister Nirmala Sitharaman in her second Budget announced assistance to women's self-help groups in villages, focus on nutrition and a task force to submit recommendations on the marriageable age of women.