MSMEs are driving India to an Atmanirbhar future 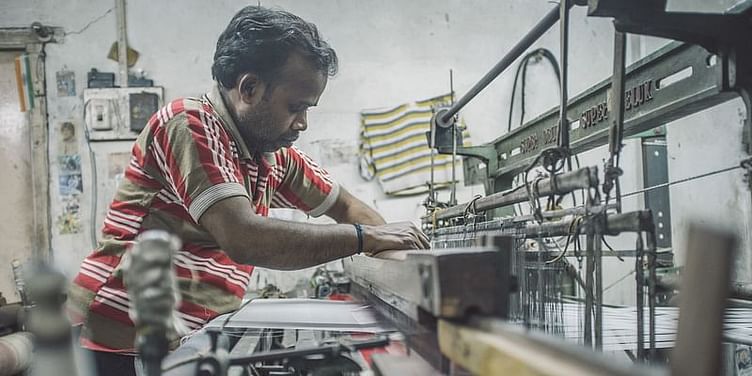 As India’s MSME sector scales, so will its GDP. This will fuel the country’s global heft and take our dream of becoming a genuinely Atmanirbhar Bharat to fruition.

Like every young, robust, and dynamic septuagenarian, India celebrated its diamond jubilee with much fanfare this August. The grand event had a guest list of over 1.34 billion, and its theme was self-reliance.

The Indian government has been pushing for a self-reliant or “Atmanirbhar Bharat” for a long time. This was in response to the changing global economic, social, and geopolitical situation.

But in the past couple of years, it has become a clarion call for Indian businesses to become self-sufficient and spearhead the Indian economy.

Micro, small, and medium enterprises (MSMEs) are the most prominent champions of this initiative. Today, more than 6.3 crore MSMEs contribute nearly 29% to India’s GDP. As this sector scales, so will India’s GDP. This will fuel our global heft and take our dream of becoming a genuinely Atmanirbhar Bharat to fruition.

India’s privatisation drive in 1991 saw the emergence and rise of many large-scale private enterprises, and the country relied on them for its growth.

The MSME segment, largely ignored until then, saw a significant impetus in 2006 with the implementation of the Micro, Small, and Medium Enterprises Development (MSMED) Act. These enterprises, primarily engaged in producing, processing, and preserving goods and commodities, were and continue to be the growth driver of the economy.

Focus on MSMEs has translated into the growth of India’s cottage, khadi, village, and coir industries.

The Indian government has shown immense support in strengthening the sector through various initiatives, such as “Make in India,” “Digital India,” and “Vocal for Local”.

These initiatives are designed to ease investment, encourage innovation, develop skills, increase employment opportunities, and construct a feasible ecosystem for the sector. The nation also celebrates August 30 as the National Small Industry Day to promote awareness and build support.

How the new GST regime will impact Indian SMBs

The MSME sector has a massive impact on the global economy.

Goods and services produced by it fulfil the needs of both the domestic and international markets. It provides jobs to millions of people and enjoys numerous advantages over large-scale enterprises. Low investment needs, flexible operations, and cheap labour give it the agility and scalability needed to survive in rough economic conditions.

The sector also works in tandem with ministries, governments, and concerned stakeholders to uplift rural and suburban areas. It helps reduce regional imbalances and ensures an equitable national income and wealth distribution.

The government has been focusing on the growth and development of the MSME sector. Several schemes were created, expanded, or updated to aid the small-scale industries in the run-up to the Amrit Mahotsav celebration.

For example, the existing Prime Minister’s Employment Generation Program (PMEGP) and Mudra Units have been expanded to provide financial assistance to MSMEs. The Credit Guarantee Scheme for Micro and Small Enterprises is another scheme that encourages first-generation entrepreneurs by facilitating loan guarantee support for collateral-free/unguaranteed loans.

These schemes are not just limited to providing credit to MSMEs; they also support them in other areas of entrepreneurship.

Lastly, the entrepreneurship and skill development program (ESDP) was launched to support new businesses, build capacity for existing ones, and build an entrepreneurial culture in the country.

India at 75 is an entirely different beast with a hunger for growth, high aspirations, and capabilities to not just accomplish but exceed its own expectations. These capabilities extend down to the grassroots, and the MSME sector is embracing this change wholeheartedly.

Today, the sector comprises around 30 million units employing over 70 million people. They manufacture over 8,000 products and contribute about 45% to India’s manufacturing output and about 40% to direct and indirect exports.

The MSME sector is already the second largest employment generator in the country after agriculture. What this sector needs to grow is the reduction of red tape, simplified fiscal policies, and a transparent and supportive business ecosystem.

All of these are being created right now.

India has been steadily climbing the ease of doing business rankings. The government’s fiscal policies are improving credit availability for the sector, and digital adoption is creating a transparent and supportive business ecosystem.

With a focus on Atmanirbhar Bharat, the MSME sector has nowhere to go but up.

(The views and opinions expressed in this article are those of the author and do not necessarily reflect the views of YourStory.)