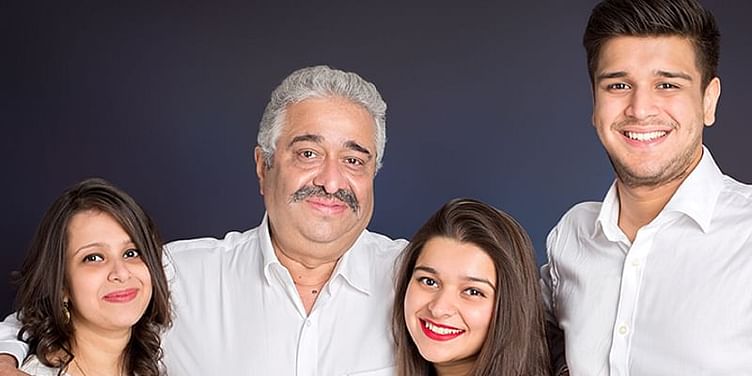 Mumbai-based beverage brand Xotik Frujus was founded in 2007 by Rajeev Sehgal. Today, he and his three children run the business, known for its flagship jeera masala drink Jeeru and available in India, the US, and the UK.

Tea, coffee, or something cold?

In India, the something cold is always an option, especially in the hot summer months. The country’s non–alcoholic beverage market is divided into the carbonated and non–carbonated segments.

Making a mark in this crowded market is Mumbai-based beverage company ﻿Xotik Frujus﻿. Founded in 2007 by Rajeev Sehgal, the beverage business is now run by him and his three children, Ankita, Vishakha, and Dishank Sehgal. It is now operational in 17 states in India along with the UK, the US, and Canada.

Xotik is known for its core product, Jeeru, an apple juice-based masala drink. The beverage is available in modern retail chains such as Big Bazaar, DMart, Food Bazaar, Reliance Retail, Walmart, and others.

Rajeev refuses to divulge financials, but claims the company has grown 62 percent over the last three years (2017-2020).

Experiments in the beverage industry

Rajeev completed his post-graduation from Delhi. He used to attend classes at night and worked during the day. While working with other companies (since the age of 19), he always dreamt of building a brand of his own and soon entered the fast-moving consumer goods (FMCG) space.

He ran a restaurant chain and also started a business of selling packaged drinking water under his own brand name and as a contract packer for companies like Bailey and Bisleri.

After several years, he realised that continuing the business was not a good idea as scaling it was becoming difficult. He also saw a major gap in the Indian beverage market.

“The market was divided into two parts: the big brands and the cheapest brands,” Rajeev says. This got him thinking; he wrapped up his earlier business and decided to start a beverage brand.

Rajeev says the jeera masala drink market is big in India, but dominated by unorganised players. He started Xotik Frujus with an initial investment of Rs 2 crore amassed from his savings and also raised some funds from banks.

How these experienced entrepreneurs went on to build a Rs 6.7 Cr premium tea brand

Competing in an unorganised market

Rajeev says that one of the biggest challenges was to compete with smaller players in the market.

“Most sellers would buy old Bacardi Breezer bottles from scrap dealers and reuse them. Barring one or two companies, everyone was following suit. This brought down the cost of production but the look was very shabby. This was somehow acceptable because the rate was a primary concern in this market,” he says.

The scenario was in sharp contrast to Xotik’s modern manufacturing six-storied vertical facility in Andheri East, which was making products on fully automatic lines. Today, the company owns two manufacturing facilities, in Daman and Diu and West Bengal, and has three contract units in Indore, Bhopal and Sri Lanka. Raw materials are sourced from its Indian partners.

A few things helped them tide over the crisis. These included uniform trade policies. Rajeev was convinced that he would work on advanced payment and not leave any scope for credit with the vendors. Another aspect was working on the quality of the product.

“It took us almost two to three years to finally close in on the recipe that we use right now,” he tells SMBStory.

Rajeev took various other steps to perfect the product. For instance, for consistency, he set up a separate factory for developing concentrations at another location (in Daman and Diu).

He also imported sophisticated machines, and claims that the same machines are being used by beverage giants like Coca-Cola and Pepsi Co.

During the manufacturing process, black salt is added to the jeera masala drink instead of white salt. “The product has the advantage of being digestive. We are not promoting it as a digestive product, but the consumer realises this after consuming it multiple times.”

Another strategy that Xotik Frujus deployed was to focus on limited SKUs. Rajeev says in the initial days, when their pockets were not very deep, Xotik’s core product was the Jeeru Masala drink. Gradually, they diversified with flavours such as green apple, litchi, lemon, orange, and cola.

“The need to diversify was felt when our ambitions grew from being a regional player to a national player. We introduced newer products keeping in mind the different markets and by understanding the needs of our trade partners,” he says.

The year 2012 was a turning point for Rajeev as his children started joining the business. Ankita, his eldest daughter, joined the business after completing her MBA. Soon, his younger daughter and son, Vishakha and Dishank, also joined the company.

Rajeev says his children have brought a “fresh perspective” within the company.

“First generation entrepreneurs have to fight arduous battles before breaking even. Sometimes, this struggle creates a kind of a bias in the mind and we start feeling that this is the only way to proceed forward.”

He says his daughters kept him abreast with technical know-how and helped him crack deals with modern retail chains. Dishank is taking care of the marketing vertical.

“When the new generation comes in, they not only know more about technology, but also have new ideas due to better exposure,” he says.

Xotik did not escape the impact of COVID-19, which brought the world to standstill. “In March, we did only 15 percent (business) of what we did in March 2019.”

Sales automation, introduced by Ankita about five years ago, helped the business during the coronavirus pandemic. The team had crisp data, which helped take orders while even working from home.

“What worked for us was taking orders on time and expanding in all verticals,” says Rajeev, adding that the company also used this time to strengthen their website.

Business has recovered since then. Rajeev claims Xotik clocked 38 percent more sales this September as compared to September 2019.

Going forward, the plan is to expand to other geographies, including the UK, in Asia, and “wherever Indians are”.