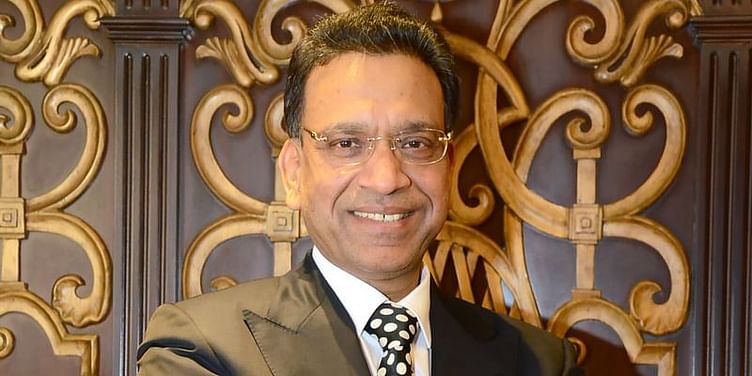 Started in Delhi’s Sadar Bazaar in 1980, here’s how PP Jewellers stood the test of time to become one of the city's most prominent jewellery brands.

PP Jewellers began its journey as a small store in one of Delhi’s old and popular markets —  Sadar Bazaar. This jewellery company has gone through its many highs and lows to become a sought-after brand today.

In an interaction with SMBStory, Pawan Gupta, Founder and Director of PP Jewellers, talks about how the company established itself and also gives insights into the evolution of jewellery buying trends.

The making of PP Jewellers

Founded in 1980, PP Jewellers was a family business until 2014. It had a small-scale operation with Pawan working on the finishing of the jewellery to save labour cost.

Over the years, Pawan says, the brand has built a strong customer base and trust, adding, “Success came to us in phases. There were shifts in the family business. We even tried to diversify and started a garments business but that was eventually shut.”

The turning point for PP Jewellers came in 1992 when the company started wholesale of jewellery. It had tried this once before in the late 80s by venturing into exports for a short stint.

PP Jewellers sells several kinds of jewellery and articles like dinner sets. It recently introduced a furniture range in silver.

The change in the buying behaviour

Jewellery business contributes to seven percent of India’s GDP and its estimated size is Rs 6 lakh crore. Pawan says that India is one of the biggest consumers of gold in the world and this is primarily due to the sentimental value attached to it and people also see it as an investment tool.

“People are going back to its roots. The educated upper class is now looking forward to buying gold. Yes the demand for designs has changed and jewellers need to pivot accordingly,” he adds.

He explains that brides today want to wear gold jewellery but not the heavy necklaces that were in demand earlier. Now, the trend is of simple chains, lockets, or a sleek necklace that goes with the outfits that too have changed over the years. The trend is of variable jewellery and not to purchase for keeping as an asset.

Rising prices of gold may have become a reason for higher investments in gold, but it has put pressure on margins. Additionally, there is extreme volatility in the prices, especially after COVID-19. The government has also imposed a higher custom duty on gold.

Talking about competition from giants like Malabar Gold, Kalyan Jewellers and others, Pawan says that customers PP Jewellers target have a preference for designs that are regional and local, where there’s not much competition from pan-India or global players.

COVID-19 also posed challenges in the business, he says, adding that due to the lockdown, the stores are shut and PP Jewellers started a video calling service where customers would select a handful of products and the brand’s delivery staff would home deliver choices of pieces and customers would pay and buy what they like.

PP Jewellers plans to explore the market outside India. Pawan says the company aims to lead the Indian jewellery market, which surely is going to be challenging, seeing the variety of brands making their mark in the country.

It now aims to open up more stores and compete with the industry giants.