From solving MSME account problems to post-harvest losses, here are top SMB stories of the week

This week, SMBStory covered stories of entrepreneurs who have built successful businesses with an aim to help MSMEs and other industrial sectors contribute vastly to the Indian economy.

Micro, Small and Medium Enterprises (MSMEs) contribute to 7.09 percent of the country’s GDP. Despite playing a crucial role in the growth of the Indian economy, there are scores of MSMEs lacking tech support for day-to-day business activities.

India is an agrarian economy, yet past many years, the sector has been suffering from proper warehousing and supply chain management which leads to post-harvest loss, further pushing farmers and other stakeholders into a deeper cycle of debt and despair.

This week SMB story covered the stories of entrepreneurs who have built successful businesses with an aim to uplift these sectors.

Here are the top SMB stories of the week.

After the sudden demise of his father, Logesh Velusamy struggled to manage his family’s numerous businesses efficiently. The Coimbatore-based entrepreneur had quit his high-profile corporate career to run his family’s various businesses.

Logesh realised the market did not have a singular solution for managing cash flows, understanding revenue leakage, and accessing vital business data for his family’s MSMEs in electrical wholesale trading, poultry, feed manufacturing, textile retail, and other sectors.

“Without a skilled accountant, I could not identify cash flows between different legal entities. There was no existing solution that solved the various problems I was facing with managing several companies. But my background led me to believe such issues could be solved with technology, and it was indeed possible to build such a solution,” he tells SMBStory in an exclusive interview.

Logesh was not only familiar with the challenges MSMEs face but also understood the technology needed to solve them. This inspired him to build a platform that offered custom transactional services to MSMEs from various sectors.

First, Logesh interviewed over 100 MSME owners to understand more about the challenges they faced in running their businesses. “Then, I partnered with solutions architect Gopinath Nallappan who felt the problem would be interesting to solve. In 2012, we started Effitrac in Coimbatore. Till date, Gopinath, his brother Suresh, and I have invested $500,000 in the company,” he says.

Effitrac built an end-to-end business process management solution which is customisable and caters to over 14 MSME sectors such as food processing, textile manufacturing, general engineering, and more. Logesh engaged technology partners to customise and implement Effitrac’s solution to large enterprises as well.

According to a report by The Associated Chambers of Commerce and Industry of India (ASSOCHAM), the post-harvest losses of fruits and vegetables in India in 2011-12 were estimated at Rs 2.13 lakh crore.

In fact, a report by the Indian Council of Agricultural Research (ICAR) stated that efforts are needed to “minimise the post-harvest losses, which will directly add to increased availability for consumption and export.”

To help reduce such losses, Sohan Lal Commodity Management Pvt. Ltd. (SCLM) is providing a range of services. Founded in 2009 by Sandeep Sabharwal, the Delhi-based agro-warehousing company is a one-stop solution for the agrarian community that provides warehouse management, agriculture financing, collateral management, and procurement.

In 10 years, the company has managed to clock a turnover of Rs 325 crore.

Other top SMB picks of the week

In 2019, India surpassed Japan in becoming the second-largest steel producer in the world. The sector is one of the largest in India, which boasts of over 50 large steel plants and 650 MSMEs, contributing to half of the country’s steel production.

The market size of alloy steel in the country is 5.5 million mt per annum, and in a span of 15 years of its foundation, SLR Metaliks Pvt Ltd has contributed about 0.3 million mt of steel annually. At present, it is eyeing to increase its share to 0.4 million mt per year, in the sluggish market scenario due to the COVID-19 pandemic.

In an interaction with SMBStory, Founder and Managing Director of SLR Metaliks, Rajkumar Goel shares his entrepreneurial journey, and how the company became one of the leading producers of alloy steel in India after three failed business attempts.

Rajkumar, along with his brother Naresh Goel, set up the steel plant in Ballari, Karnataka, which specialises in the manufacturing of alloy steel, and calls for precision technology to be supplied mainly to the automotive industry.

The company has headquarters in Gurugram and aims to replace the import of special-grade steels by making them in-house by cost-effective and environmental-friendly methods with social development.

In a span of 15 years, SLR Metaliks has become one of the major market leaders in steel manufacturing and rakes in Rs 1,216 crore turnover annually.

While working with Honda Motorcycles and Scooters as an Operations Head, Jeetender Sharma visited the Okinawa Islands in Japan. Residents of the islands are known to have very long life spans in the world. The archipelago also boasts of the highest number of centenarians.

Jeetender, who is a Mechanical Engineer and a PG Diploma Graduate in International Business, felt the islands’ zero-pollution environment played a major role in boosting the health of its people.

“This experience inspired me to start a venture to contribute to an eco-friendly environment in India. I decided to set up an electric vehicle (EV) company to replace the use of conventional fossil fuels with clean energy, thereby reducing pollution,” Jeetender tells SMBStory in an exclusive interview.

“We spent the first two years in research and development. In 2017, we launched our first product — Okinawa Ridge. Since then, we have launched seven different electric two-wheelers, and have captured the highest market share in high-speed electric two-wheelers in India. We have over 60,000 of our two-wheelers on the road right now,” he says, with the claim also recently reported by Autocar Professional. 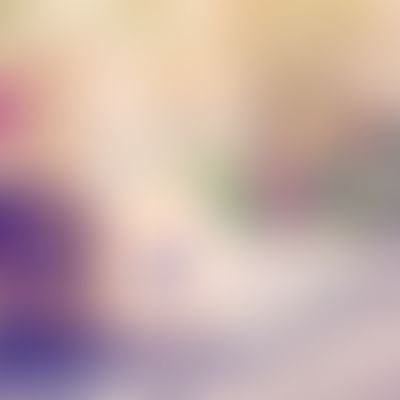