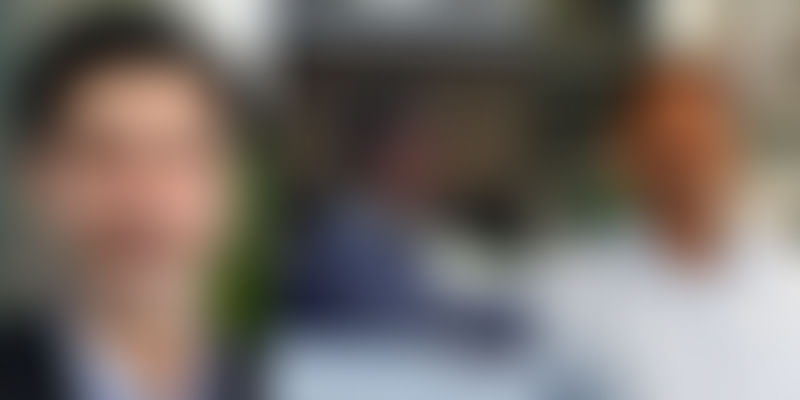 This week, SMBStory also traced the journey of auto component manufacturer Talbros Automotives, which has its roots back in the pre-Partition era.

Bengaluru-based Kiran Kumar Singh did not plan on becoming a truck driver. But in 2015, his father met with an accident while driving his truck and was hospitalised for three months.

To mitigate the family’s immediate financial crisis, Kiran stepped into his father’s shoes. It took him almost three months to learn how to professionally drive trucks.

Through an acquaintance at Jayem Logistics, he learnt about a requirement for a long-haul vehicle on one of the routes of Amazon India’s network. He enrolled as a partner and began operating the route, quickly orienting himself to its operational guidelines.

He says Amazon spotted his diligence and the quality of service, and offered him more routes to operate across south India.

“In a span of under three years, I expanded my fleet. Now, I run my middle-mile operations business called SDP Logistics, alongside my father, brother, and uncle. We have employed close to 40 truck drivers,” he says.

After becoming a truck driver in 1993, Naresh had his fair share of learning experiences and road accidents. But he remained passionate about driving trucks.

In 2017, he enrolled as a partner with Amazon, began operating several routes, and expanded his fleet to 40 trucks. Today, his son Rahul helps him run the business, which is named NRS Transport Services.

Kiran and Naresh hail from different backgrounds but both ventured into logistics entrepreneurship, providing jobs as well as a stable income for the 80-plus truckers they employ.

Amazon India’s supply chain network is complex, and includes multiple nodes such as fulfilment centres, sorting locations, delivery hubs, and the last-mile transit for delivering goods. These elements have to work in sync to ensure the right product is delivered to the correct address.

When the ecommerce company entered India in 2013, it noticed that sellers did not have a reliable and robust logistics network. And so, it began creating such a network, partnering with local companies and small businesses to help transport packages.

Amazon has since grown rapidly in India on the back of its logistics network, and its trucking partners play an integral role in the middle-mile operations, enabling it to quickly transport packages between fulfilment centres and the last mile.

Several decades ago, even before partition, Late WN Talwar, along with his brothers, owned the dealership of Studebaker cars in Peshawar (now in Pakistan).

Post-independence, in 1947, they decided to shift base, and moved to India to begin their journey from scratch. With experience in the automobile industry, Talwar decided to start an auto components business, and set up a gasket manufacturing company in 1956 in collaboration with UK-based Coopers Payen.

He founded Talbros Automotives Components Ltd. to cater to the automobile sector, and set up the first manufacturing unit in Faridabad, Haryana.

At that time, little did he know that over a period of six decades, Talbros would become one of the leading suppliers of automobile parts in India, raking in Rs 688 crore in group turnover, and eminent clients like TATA Motors, Jaguar, Mahindra & Mahindra, Ashok Leyland, General Motors, Honda, and Hyundai among many others.

In an interaction with SMBStory, Anuj Talwar, Joint Managing Director, and third-generation entrepreneur, narrates how the company diversified from gasket manufacturing to forging, became public listed, overcame challenges and competition to reach where they are now.

With professionals and employees locked indoors due to the restrictions arising out of the COVID-19 pandemic, working from home became one of the foremost trends last year.

Though remote working had existed even in the pre-pandemic era, COVID-19 turned things around and forced offices to adapt to the new trend. It is something that many people, especially those living in metropolitan cities, rely on to escape the hustle-bustle of city life.

This trend of people living and working outside the city was noticed by two architects – Nagesh Battula and Vijaya Durga, who endeavoured to tap into it. They were later joined by Rajendra Kumar.

The three of them founded Organo, a community living real estate business which follows a triple bottom line business model that keeps people, profits and the planet at the helm of all its activities.

The business which is located at Aziz Nagar, on the outskirts of Hyderabad, clocked a turnover of Rs 40 crore in the last fiscal year.

SMBStory spoke to Nagesh, Founder and Managing Director of Organo, to understand the ins and outs of the business.

At 12, he came to Mumbai with a dream. Now he runs a Rs 100 Cr revenue liquor business