How COVID-19 pushed these legacy brands to build a D2C presence, and other top stories of the week 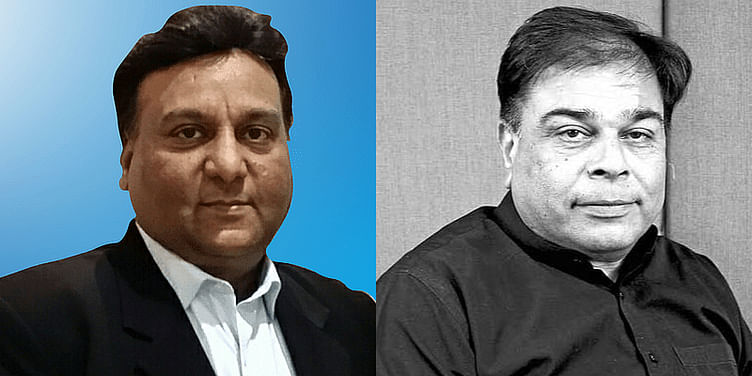 This week, SMBStory captured the stories of two legacy brands — Hamdard Labs and GN Bros Sarees — that strengthened their digital presences in the wake of COVID-19.

Even as COVID-19 brought many industries to their knees, the digital ones survived, especially ecommerce. In fact, the pandemic not only helped strengthen the revenue of companies already operating on this model but also pushed several older players to join the digital bandwagon.

This week, SMBStory captured the stories of two such brands — Hamdard Labs and GN Bros Sarees — that strengthened their digital presences in the wake of COVID-19.

Hamdard, an Unani pharmaceutical company, was originally founded in 1906 by Hakeem Hafiz Abdul in undivided India's capital, Delhi. After the founder passed away, his wife Rabia Begum kept the business alive with the support of her son Hakeem Abdul Hameed.

Headquartered in New Delhi, this Made-in-India brand went on to become a household name across India with popular products such as Sharbat Rooh Afza, Safi, Roghan Badam Shirin, and more.

Abdul Majeed, the current Chairman of Hamdard Laboratories (Medicine Division) alongside his father Abdul Mueed, undertook the task of modernising the age-old family business a decade ago. Recently, the company also realised the importance of building an online presence for its brand.

Until recently, Hamdard did not have much of a presence on ecommerce and online platforms. But, in the last year, it  increased access to its products, and put most of them online. The company is already seeing sales increase day by day on platforms such as Amazon and 1MG.

According to Majeed, last year, the medicine division closed sales at Rs 382 crore. Taking this route, it is eyeing to become a Rs 1,000 crore revenue company in five years.

With Rs 5k in his pocket, he came to Delhi. Now his family-run electricals brand earns Rs 52Cr revenue

Mukund B Agrawal, Director of Banaras-based GN Bros Sarees Pvt Ltd, had always dreamt of having an exclusive online store. While the thought of going online first occurred to him in 2005, it took the company 15 years and a pandemic to turn this dream into reality.

"The pandemic brought our business to a grinding halt. Hence, we thought of reinvigorating our online project. It was a really good opportunity for us; so, we decided to take it up seriously and work on it for long term growth," says Mukund, the brainchild behind golghar.org, an online portal that went live in August 2020.

It also offers custom suits and other garment stitching services and has 300 odd SKUs on its website.

Started with an investment of Rs 1.5 lakh, golghar.org is currently bootstrapped and not looking for funding.

According to the founders, it is growing at 10-15 percent per month, and the company is planning to increase its online catalogue by three folds, which will render a projected growth of 30 to 40 percent in the coming months.

Other top stories of the week-

Subrata Dutta, Group Managing Director, Organic India, takes SMBStory through the journey of the brand, reveals how Organic India grew significantly in the last year despite the successive lockdowns, and what lies ahead for the “organic industry.”

Small is powerful: 6 ideas for transforming MSMEs into self-sustaining sector