From serving up Mumbai’s iconic wafer ice cream sandwich to scaling up an FMCG brand from Jalgaon, the top stories of the week 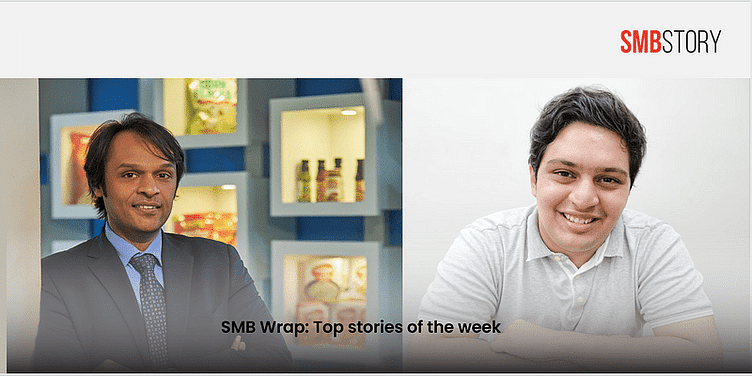 This week, SMBStory unearths the story behind Mumbai-based Tandy’s Creamery, which is taking forward the legacy of K Rustom’s ice cream sandwich. We also spoke to Dipak Sanghavi, the Managing Director of Nilon’s, and Vaibhav Gupta, Founder of cane-based brand IRA Furniture.

Among many other things, Mumbai is also famous for the wafer ice cream sandwich that K Rustom’s has been serving up for more than 50 years.

This iconic dessert sandwich is rather simple in concept — a thick slab of ice cream between two crisp wafers. Mumbai-based Parsi boy Jehan Mehta, who had grown up savouring this dessert, always thought it was special.

On a visit to K Rustom’s to grab an ice cream sandwich, Jehan realised how the age-old brand had kept its legacy intact with a loyal customer base, and that was a eureka moment for him.

Jehan returned to K Rustom’s the very next day, but this time with a business proposal. He claims although they had no plans to expand, he decided to take the initiative to make sure this local dessert reached across the city.

In 2019, Jehan founded ﻿﻿Tandy’s Creamery﻿﻿ along with his school friend, Soham Jhaveri. The duo invested around Rs 75 lakh in total to set up an ice cream factory, bring in raw materials, and the required manpower. In January 2020, the duo began selling their ice cream sandwich online.

Today, the brand receives around 6,000 orders for ice cream every month. The founder claims the brand’s revenue is touching approximately Rs 7 lakh a month.

Based out of Jalgaon district in Maharashtra, ﻿Nilon's﻿ was founded by Suresh B Sanghavi.

As he belonged to a family of farmers, Suresh's older brother encouraged him to explore other avenues apart from farming when he completed his education, narrates Suresh’s son and second-generation entrepreneur, Dipak Sanghavi. Dipak is today the Managing Director of Nilon’s.

In a chat with SMBStory, Dipak speaks about the initial days of the business in the late 1960s and 1970s, and recalls how his father turned their home kitchen into a manufacturing unit of sorts, and the dining table into a lab where all the ingredients were tried and tested.

Today, the company has a network of 3,500 distributors and presence across three lakh outlets. Moreover,  the company was able to scale not just in India, but also started selling in the US, Europe, and the Middle East.

Dipak also recounts how the company experienced a transformation of sorts when he joined full time in 2004, mainly by focusing on the three mainstays - distributors, retailers, and customers.

Other stories of the week:

While wood, metal, and plastic are the most widely-used materials for making furniture, cane’s popularity is also rising. According to a report by Mordor Intelligence, cane outdoor furniture is preferred due to its features being lightweight and easy to maintain. Cane furniture also offers comfortable seating, is easy to move as per the consumer's need, and can beautifully enhance outdoor spaces as well.

Ahmedabad-based brand ﻿IRA Furniture﻿﻿ is banking on the exclusivity of manufacturing and selling cane furniture.

Started in 2017 by Vaibhav Gupta, the company manufactures and sells cane furniture only through its website, ecommerce platforms (such as Amazon and Flipkart), and outlets in Bengaluru.

Vaibhav, in an interaction with SMBStory, also adds that the company has tied up with 26 independent architects as well for selling furniture.