Starting with nothing, this Ludhiana-based entrepreneur went on to build a Rs 400-crore business 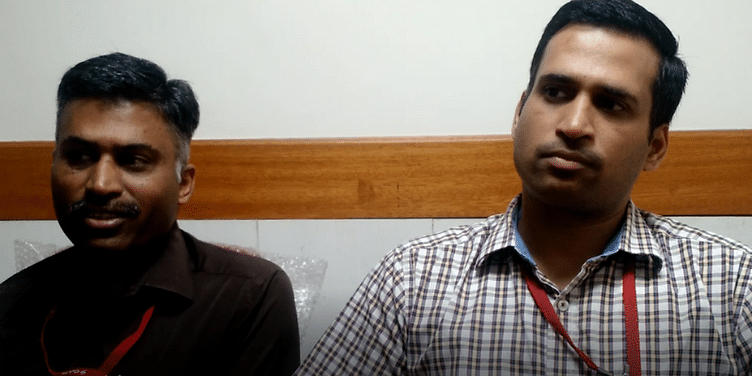 You must have heard of entrepreneurs who have used wealth from previous endeavours to build a successful new venture. And also about those entrepreneurs too, who inherited their traditional family businesses and transformed them into something new.

While such stories are inspiring, there are also those of entrepreneurs who started from scratch with almost nothing but still become a huge success, using experience and knowledge as their only resources.

Forty-eight-year-old Nalin Tayal from Ludhiana, Punjab is one such entrepreneur, who, after completing his studies and working as a financial consultant for five years, went on to establish his own financial consultancy firm, GATS India Ltd in 1999.

He says, “I started with nothing. I cannot forget the day when I asked my wife for Rs 100 to fill petrol in my scooter.”

Nalin belongs to a service-class family. Both his parents worked in the education field and pursuing a job after studies had been Nalin’s plan too.

He says, “Before taking a leap into entrepreneurship, I knew that the future could be uncertain.” It was scary, he adds. But, as they say, self-confidence is your biggest business asset, Nalin too was certain that he could bootstrap his business with just his knowledge and skills.

GATS, which started by providing consultancy services for valuation, debt management, and auditing to banks and insurance companies has gone onto become a behemoth based out of Ludhiana. The company has reported a turnover of Rs 400 crore and has expanded to offer services like banking, forex, tours & travels and digital payments.

Nalin says, “We are planning to launch another product called GATS Money Kendra which will help achieve financial inclusion in Punjab.”

According to Nalin, GATS Money Kendra is a financial kiosk, which will be established in every village of Punjab, with an aim to reach the unbanked sector in rural India, often exploited by Mahajans (moneylenders prevalent in the hinterlands who charge exorbitant interest rates).

As GATS continues its journey of becoming bigger, better, and newer, here’s a brief on how it became multi-faceted financial firm and a massive success.

Nalin holds a Masters degree in Mechanical Engineering after which he decided to pursue an MBA in Finance. He worked for five years as a financial consultant in companies like Hero, Vardhman, and Trident Group before launching GATS.

For the first three years, GATS, which was then called Tayal Associates, provided services like valuation, survey, and loss assessment to various banks and insurance companies.

However, in 2002, when the government enforced the SARFAESI Act (a law allowing banks and other financial institutions to auction commercial and residential properties of the loan defaulters), Nalin says he saw a business opportunity in the legislation. “I thought my company could act as a recovery agent for the banks with whom we were already associated,” he says.

This led Nalin to launch GATS in 2002 to help banks recover and better manage Non-Performing Assets (NPAs). According to Nalin, GATS’s recovery business brought them substantial revenue which helped it to expand to venture capitalism and private equity.

In 2010, it attained a licence to act as a banking society in Punjab. Nalin says, “We have 14 branches in Ludhiana where we accept deposits and offer loans to individuals and small businesses. We have our own IFSC code and payment cards. We offer all services that a typical bank offers, except a cheque book.”

Realising that fintech is the new norm and finances are on our fingertips, GATS also ventured into the cashless payment ecosystem. Its digital wallet, GATS Pay, supports B2B payments. At present, it has a user base of 42,000 and performs around 5.7 lakh transactions a day.

But the path to success was not an unhindered ascending graph. There were times when its own clients added to its woes. Nalin says, “Some of the nationalised banks for whom we acted as recovery agents defaulted on our payments.” They are in fact our biggest defaulters, he adds. GATS is already fighting a legal battle to recover its money.

The setbacks did not deter Nalin from moving forward. In fact, he considers them vital to his success. Nalin also endorses innovative thinking and investment in R&D to succeed in business. He says, “It is important to be innovative and think out-of-the-box.” One should not do what others are doing,” he adds.

Why 2023 looks bright for the jewellery industry in India