In 1991, the Indian economy was undergoing a significant economic reform. The year was ushering in a new era of globalisation and accelerating the growth of the country’s capabilities in Information Technology. Eyeing this, multinational corporations started planning to set up their second homes in the tropical climes of India. Looking to ride this wave of big hitters, entrepreneur RS Shanbhag (51) created Valuepoint Systems in 1991 in Bengaluru to offer services in system integration to the newcomers.

With just Rs 10,000 in his pocket, Shanbhag, who hailed from a small village in Karnataka, wanted his company to play in the big leagues. But he knew that it wouldn’t be a sprint, but a marathon. By identifying long-term goals and working backwards from there, he led the bootstrapped company through three recessions without taking a hit.

Now, Valuepoint is a leading IT infrastructure service company in South Asia, which services 73 Fortune 500 companies (from a recent listing). The business is expecting a turnover of Rs 600 crore this year.

What is Shanbhag’s mantra for success? Is it enough to just focus on long-term sectors? The answer lies in discovering one’s purpose and translating it into business models, according to him. But to discuss Shanbhag’s goals, we have to go back all the way to the starting line.‍

Riding the tailwinds of IT revolution‍

“I am from a small village called Ambikanagar in Karnataka,” says Shanbhag. The village, which is close to Dandeli, a forested area, didn’t have good high schools and colleges. He had to travel to a nearby town every day to study. “I grew doing this and always felt that I need to associate with the rural people even if I was getting into other things,” he adds.

While these thoughts were consolidating in his mind, he was working with the Punjab government in Mohali. He did this for a year and a half, but could not forget the ambition and hunger to succeed that he had seen in the eyes of the villagers back home.

Deciding to act on this, Shanbhag set up Valuepoint Systems. He says, he was determined to bring jobs to rural people so that they didn’t have to travel or relocate in search of greener pastures.

“Initially, Rs 10,000 was my working capital and I was into system integration. However, it was the right time and the right place, and Valuepoint was able to grow alongside the IT companies who were coming in,” he recalls.

Till 1994, there was a boom in the sector and Shanbhag couldn't manage things by himself anymore. “I brought in a partner, Sampath Kumar, to help ease things, and we gelled well. He joined as a 50 percent partner,” explains Shanbhag. “At the core level, it's just the two of us.”

From then on, the duo never looked back. “We were maintaining a good relationship with all our clients and supplied their first sets of IT equipment. We were with them the whole way as they grew from a handful of workers to a force of over 20,000,” he says.

Being a first generation entrepreneur in Bengaluru, the knowledge of the life cycle of a company and the development of the IT hub certainly helped him. “In 1996, Dell, HP, Microsoft and other big companies started establishing themselves here, and we partnered with them, becoming an early bird in their relationship with companies here,” Shanbhag says. “This gave us an edge in terms of professionalism and access to next-gen technologies.”

Till 2003, Valuepoint was only into system integration. At this point, Shanbhag started thinking, "What else can I do for my clients?" He started examining the life cycle of his clients in detail, and looked into their technology spends. ”I wanted to bring our solutions and leadership to them, because they needed guidance. We slowly built our diversification plans from here,” he says.

“One early example is when we started an offshore development center for a US firm who wanted to outsource product development. Because of a lot of red tape and delays, it would take them over a year to setup in India. However, we ensured the project was complete in six months,” he adds.

In 2004, Shanbhag and his team entered document management solutions where they came up with an e-discovery system for documents, which fared well in the US law and litigation markets. In 2008, Shanbhag, staying true to his vision to empower village communities, chose to go rural and empower women. “We articulated that we wanted to create more jobs and contribute to the society. Therefore, generating employment became our priority,” he recalls.

The company started working in small towns and villages, where they hired graduates and trained them on technologies and services. Valuepoint would set up a center in a village and employ these workers, who in turn would deliver on certain projects.

In some sense, he was rediscovering and fulfilling his dreams by working with rural workforces.

Driven by this, Shanbhag further diversified the company into four verticals. “First was IT infrastructure and solutions. This is our main source of revenue and we employ around 1,500 people for this,” he explains. “The second is data and content management, where we have close to 1,000 people. Education tech is the third vertical, while healthcare is the fourth.”

Around 90 percent of Valuepoint’s employees are from a rural background, and among them 85 percent are women. “By enabling these workers, we have earned their loyalty and attrition is close to zero. Cost of operations are also low,” he adds. “More than anything, we received gratitude from families for creating employment. Profits from certain projects are also distributed among the teams.”

However, when recession hit, it came knocking three times, but Valuepoint stood firm. “Nothing affected us because we had built a global business model, had a strong leadership team, and had a diversified portfolio,” he explains. “We were into around 16 verticals and didn't put all our eggs in one basket.”

Opportunities and challenges in the digital era

For Shanbhag, the key to stay relevant was targeting long-term sectors and relying on a loyal workforce. “This has helped us avoid any dips and losses in business, despite recessions. We actively reinvest revenue into the company. Since we don't have investors, we have the freedom to express ourselves and act,” he says. “Because of our diversified portfolio, we achieved balance and continued growing alongside our clients.”

This does not mean that Valuepoint faced no challenges. The main hurdle was to constantly identify the right opportunities and source the right talent for the job. A related challenge in the market included ensuring loyalty or recurring business from clients.

“We try to help clients move to new ways of doing business. Revenue models are also changing. One-time sales are becoming subscription-type sales, and we need to be equipped for the resulting changes in revenues, profits, etc,” Shanbhag explains. “Thus, we also need to transition our workforce to think in similar ways and directions. A strong leadership team is needed for this. Our fundamentals and investments into upskilling have helped in this aspect.”

As revenue models change, so does a key customer behaviour influencer - digital. As it continues to seep into every corner of our lives, its face continues to morph. However, its basics remain the same, Shanbhag maintains. “The fundamentals of digital are unchanged and so all our internal processes and life cycle are heavy on digital. We are early adopters and use chatbots, AI, automation and several other technologies to stay ahead of the curve,” he says. “We also sell and support such services to our clients, which is where our expertise comes from.”

With this wealth of experience at his disposal, Shanbhag is sold on the idea that having a long-term plan always helps. “Envisioning the business five or ten years in the future is crucial. A strong personal purpose or goal is also required. Working backwards from this future helps attract success in the present,” he says. “In the same way, the life cycle of clients needs to be understood. Trends also need to be observed and leveraged, while actively collaborating and looking for the right talent. By doing so, businesses can ensure long-term customers and a strong employee base.”

In the near future, Valuepoint seeks to give more back to the community by earmarking ten percent of its profits for CSR activities. Right now, the figure stands at five percent. Additionally, Shanbhag wants to consolidate and restructure Valuepoint’s arms and branches under the four verticals. “This way, we can also strengthen our portfolio, perhaps even enter Smart City projects soon, and expand pan-India. The aim is to triple our revenue and clock up to Rs 2,500 crore,” he says. 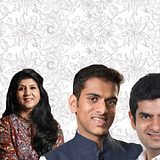 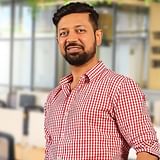 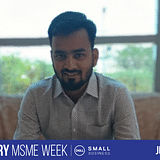 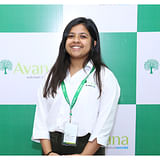