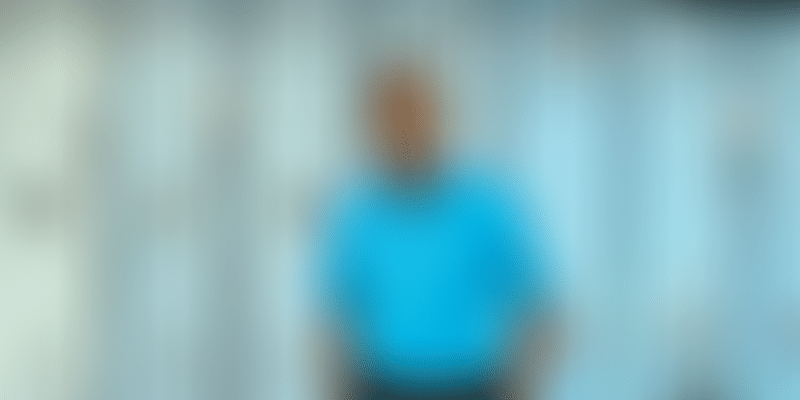 Chennai-based sanitaryware brand Parryware makes toilets, sinks, faucets, heaters, cisterns, pumps, and more, and it’s legacy dates back to the 1950s. The company is now under Roca, a Spanish sanitary products group which took over Parryware in 2006.

In the late 1780s, Thomas Parry, a Welsh merchant, set foot on Indian soil to start a trading business. Over the next two decades, he grew his operations in the British colony.

He ventured into the distillery business, naming his operations East India Distilleries Parry (EID Parry for short). Parry’s legacy continued as the business ran post-Independence in the 1950s.

Around that time, the firm used to import sulfuric acid in ships. It required ceramic containers to store the chemical. So it began making the ceramic at its single pottery unit in Ranipet, Tamil Nadu.

As India did not have many toilets in those days, EID Parry saw an opportunity to leverage its ceramic manufacturing capacity at the pottery unit to make the Indian squatting pan.

This sparked the beginning of Parryware.

In addition to toilets, the Chennai-based brand makes sinks, faucets, heaters, cisterns, pumps, and more. It is now under Roca, a Spanish sanitary products group which took over Parryware in 2006.

“Our company's revenue was approximately Rs 1,600 crore in the calendar year 2019. We have eight manufacturing locations spread across India, with around 15,000 retail partners."

In an exclusive interview with SMBStory, Ranganathan narrates how Parryware became one of India’s most-loved brands, and describes its business model.

SMBStory [SMBS]: What were the early years like for Parryware? How did it grow into a sizable business?

K.E. Ranganathan [KER]: When we started making toilets, there were only one or two companies in North India doing the same. In 1955, dealers and customers had to wait for six months to get a toilet. So there was a waitlist for getting a toilet.

We did this for three decades, and in the 1980s, decided to glamourise the category. Also, toilet locations had moved from outside homes to inside backyards.

So we were excited to create an entire category of bathroom products and make it stylish and design-oriented. However, the larger company EID Parry, which was also into sugar and fertiliser, was being mismanaged and was on the verge of shutting down.

In the mid-80s, industrial conglomerate Murugappa Group bought over EID Parry and looked to turn it around. They turned around the sugar business, and grew the fertiliser venture into a big outfit. They also invested in Parryware and opened it up to the market.

SMBS: How did Murugappa Group turn around EID Parry’s business?

KER: Full credit goes to M.V. Subbiah, who was the chairman of EID Parry at the time for the Murugappa group, and he made the right decision in bringing the best talent available in the industry for marketing and manufacturing.

He cleaned up the mess that was in the Chennai industries, and made sure that the review process, the management, and everything else was professional.

The headcount was also unwieldy. So he reduced the headcount among divisions that were not productive. Overall, the business was being looked at from a 360-degree angle.

SMBS: How did your association with Roca happen?

KER: In 2005, Murugappa thought it fit to form a joint venture with Roca. Roca had come to India in 2000, and had been looking for an Indian partner. It saw merit in collaborating with Parryware.

We signed a 50-50 joint venture with them and ran it successfully for three years. In 2008, Roca wanted to buy out Parryware. Murugappa agreed, deciding to exit the bathroom business, and start focussing on the sugar and fertiliser industries of EID Parry. That’s how we became a 100 percent subsidiary of Roca.

SMBS: What is the manufacturing setup for Parryware and Roca’s products in India?

KER: Roca comprises five brands in India, and they are Armani Roca, Laufen, Roca, Parryware and Johnson Pedder. Out of the eight factories we have, four manufacture all the brands, but the way they manufacture is different. For example, the raw material is different, the production lines are different and quality standards are different. And our other factories make products under Roca, Parryware and Johnson Pedder.

SMBS: What is your business model like? How are you focussing on both B2C and B2B?

KER: In the B2C approach, we look at consumers and ask ourselves what they want in a bathroom. Based on this, we segment our customers into groups based on age. The groupings help us realise kids want colourful and more appealing bathroom products, and young adults prefer technology-enabled products. For instance, we make Bluetooth-enabled showers for the young adults.

B2B is also our forte. In India, we have around 600 developers and builders who are our partners. From every corner of the country, they buy from us. The large builders have a budget in mind for setting up an entire bathroom and prefer to buy an entire package.

These large builders want a mix of products, and so our team creates combinations of products from multiple brands under Roca. There is also a B2B2C model where we target small builders buying bathroom products from nearby dealers.

Around 50 percent of our business comes from customers looking to renovate their individual bathrooms and the rest comes through products installed in new constructions.

SMBS: What were some of the challenges the company has faced over the years, and how were these addressed?

KER: Between 2008 and 2016, we lost market share. We were clueless how to grow aggressively.

We decided to address the problem by taking a step back and returning to our fundamentals. We revisited our strategies for covering the market, launching products, improving the supply chain, etc. We started seeing 25 percent growth.

At the moment, our factories are running at full capacity but we still are not meeting consumer demand.

SMBS: The sanitaryware market features other prominent players like Jaquar, Hindware, CERA, etc. How is Parryware staying competitive and ahead of the curve?

KER: In this industry, we are all friends. We have a forum called ICCTAS (Indian Council of Ceramic Tiles and Sanitaryware), which is a manufacturers’ association. Our agenda is not to snatch each other’s market share but to share notes and address common issues.

We also learn from each other, and nobody can be a permanent market leader. We take inspiration from them and vice versa. For instance, a successful loyalty programme for dealers we launched in 2017 inspired others to start their own.

We look at each other's studios and showrooms, and try to imbibe the good practices. It is a healthy relationship and we don’t engage in any price or people wars.

SMBS: Some of these competitors are listed, while Parryware is fully owned by Roca. What difference does this make in the flexibility or freedom of making business decisions?

KER: From a market perspective, all brands have the same kind of influence. For a consumer, it doesn’t make any difference if a company is listed. But from a strategic perspective, listed entities are always in the eyes of the public.

They see their numbers every quarter, and the company has to produce growth every quarter and improve the bottom line. If not, stock prices are hit and it’s difficult to go back to the market to raise money. Thus, there can be a pressure to think in the short term. We are not bound by these considerations, and so we are able to think long term and take risks.

SMBS: When the nation went into lockdown in March 2020, how did you cope and eventually bounce back?

KER: The biggest advantage Roca had in India was the pandemic broke out elsewhere first. Roca’s operations in China, Indonesia, Malaysia, Hong Kong, Singapore, etc were hit and were forced to gear up to meet lockdown protocols.

By the time India was locked down, Parryware had learned from these and we were clear what to do. We began working from home just one day after lockdown was implemented, and began following a clear protocol for shutting down our factories and implementing safety measures. Factories cannot be abruptly shut down, so we took two to three days to scale down and close them.

In April, our revenue was zero. We negotiated with our landlords and had to let go of some employees. As lockdown was lifted in stages we returned and by September, we had returned to pre-COVID levels.

SMBS: What are Parryware’s plans for the next few years? What lies ahead for the brand?

KER: We want to continuously be the first choice for our customers. In order to do that, we will keep launching categories and enter new geographies. We are also looking at rural markets carefully now because the toilet penetration in rural areas is not that high.

Even though the Government of India statistics show 65 percent toilet penetration in urban cities, and about 60 percent in rural areas, I think there is still scope to improve.

We are looking for expansion for our faucets business, plastics and for sanitaryware in two to three years.