Understanding the SMB market in India: From ‘Zanjeer’ to ‘GST ek prem katha’ 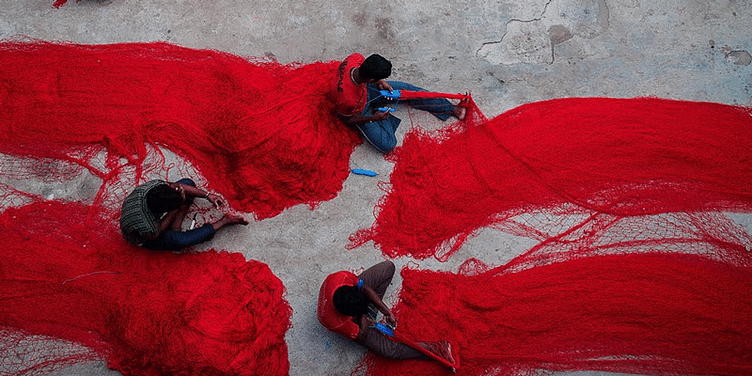 As the shackles of the Licence Raj of Socialist India were broken following the momentous 1991 economic reforms, it created a new set of businesses unlike the old, family-run and state-protected ones. The rise of the small businesses in India has time and again hit the wall. But now with digitalisation making room for Industry 4.0, has the time for small and medium businesses (SMBs) come?

“In the 1970s and the 1980s, nearly every Indian middle-class home had a cupboard made of wood or steel with multiple locks and several small drawers. The favoured brand was Godrej Storwel with its hard-to-pick lock. Most Indian families kept their savings and jewellery here...When the ‘wealth tax’ was eliminated, money came out of these cupboards and into India’s stock markets,” writes Nandan Nilekani in his 2008 book, Imagining India, Ideas for the new century.

This combination of stock-market modernisation and the 1991 reforms when Manmohan Singh, as the finance minister, “rolled up the red tape and rolled out the red carpet,” opening up India’s markets that “enabled an explosion of new entrepreneurs, who could tap into market capital to compete across industries, and turned many once-oligopolistic industry sectors, such as airlines and telecom into highly competitive ones.”

Today, the latest statistics put the number of small and medium businesses (SMBs) at 42.5 million (not counting the startups).

The SMBs contribute to over 40 percent of the country’s exports and have maintained an average growth rate of about 10 percent. These businesses produce more than 6000-8000 products and employ a staggering 106 million people, second only to agriculture.

According to International Monetary Fund’s latest forecast, India is projected to grow at 7.4 percent this fiscal year. And experts feel SMBs comprising manufacturing, infrastructure, service industry, food processing, packaging, chemicals, IT and more, will be the force behind India’s growth story.

To understand this highly complex set of businesses that are neither large corporations, multi-nationals, nor the spunky tech-enabled startups, it will do us well to take a step back and view the changing political landscape of the country that directly impacted its socio-economic fabric. 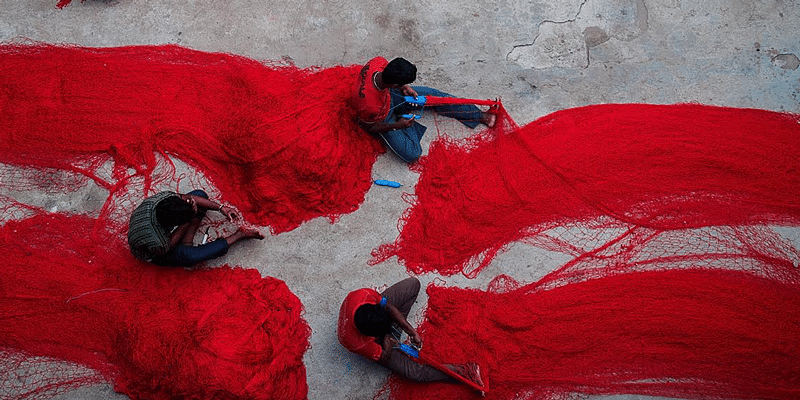 For someone who put a disclaimer that the book excludes films and cricket, Nilekani cleverly and effectively explains this change using films as props. The optimism of the early Nehru years had an imprint in the films of the 50s. The angry years of the 70s films “reflected the anger of people held hostage by an ineffective state...where ordinary men turned crusaders -- Amitabh Bachchan in Zanjeer -- against an apathetic state and corruption.” The early 2000 movies that were highly “aspirational like Chak de India and Munnabhai MBBS are very different profiles of ordinary people passionate about success...Films like Rang de Basanti and Swades channel a growing belief that ordinary Indians can bring about enormous change.”

Unshackling the chains of permits

As the Licence Raj strings loosened after the 1991 reforms, it became easier for entrepreneurs to set up small businesses whether it was manufacturing or services. With Information Technology sweeping clean almost all the ways of the old world, the new digital era is enabling ordinary citizens to dream big and change their fortunes by turning entrepreneurs.

However, while the large corporations and multi-nationals have been quick to transition into this digital world, the majority of the SMBs (especially those in the manufacturing sector) are yet to use digital in their favour. 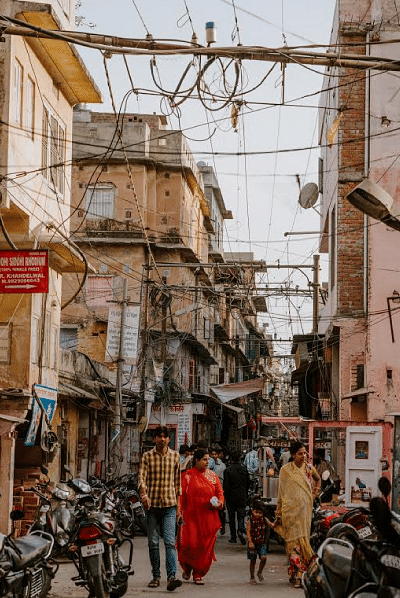 Time to stop running on .jugaad

“The integration and interplay of product lifecycle management (PLM), factory automation and digitalisation which forms the basis of Industrie 4.0 will be the key to the sustainable progress of the manufacturing sector, equated as the future of manufacturing (FOM),” writes Sunil Mathur, Managing Director and Chief Executive Officer, Siemens Ltd., in a media article.

He adds, “Industrie 4.0 will result in new ways of creating value and novel business models. It will transform the design, manufacture, operation, and service of products and production systems. Digitalisation will majorly impact and redefine the 'productivity' criteria and measure owing to the digital real-time supply chain, digital product definition and digitally crafted and run production lines.”

SMEs in India are touted to be a $25.8 billion market for emerging technologies by 2020.

In its recent Future of Business survey, Facebook reveals that Indian SMBs are upbeat about their growth prospects. With more than 60 million small and medium-sized enterprises using Facebook to connect with customers, the survey, in collaboration with OECD and the World Bank, gives a peek into the new digital and mobile economy.

“This survey reflects India’s entrepreneurial spirit with small businesses feeling positive about the road ahead. These small businesses are the backbone of our economy and we are committed to helping them innovate and grow,” said Ankhi Das, public policy director for Facebook India, South and Central Asia.

“When it comes to the full force of Indian regulation, India is still not a very business-friendly country…” writes Nilekani, adding, “The regulations that remain hurt the small entrepreneur and the first-time businessman the hardest.”

Demonetisation and Goods and Services Tax (GST) Bill came as double trouble for SMBs. For a country that works only on cash, the lack of high-value currency notes following the government’s November 2016 demonetisation move put a break on many small enterprises.

“Why do small businesses have a problem?” asks K Ravi, President of FKCCI, and answers his own question. “These are proprietary concerns or a partnership, and they work with four or five people. It’s very tough for them to file a complicated tax return like GST online.”

K Ravi was part of a recent delegation to New Delhi to iron out the nagging issues in filing GST for small businesses. His chamber in Bengaluru regularly conducts workshops on GST for traders and manufacturers.

The other major aspects holding back the SMB sector is the lack of easy finance and access to technology. Says Sanjay Anandaram, a VC and mentor to startups and small businesses, “With GST and digitalisation comes formalisation of the Indian economy. Formalisation leads to the accessing of lower cost credit and with the new banking licenses - small banks and payment banks, coupled with alternative lending platforms of NBFCs like Credit Float and others, SMBs will be in a good shape. A lot more credit though needs to be made available.”

Talking about the National Stock Exchange’s (NSE) EMERGE programme, Gagandeep Singh, who represents the NSE western region, says, “The need of the hour is for SMEs/SMBs to raise funds from the market. However, there was a huge gap between equilateral based funding and the main board listings of the SME companies. So to check that, the government and Securities and Exchange Board of India (SEBI) came out with this particular platform and NSE was mandated for this portal. The very first listing came across in September 2012 itself, and the very first company came from the southern region of India.”

As of now, the EMERGE platform has 140 plus companies and has raised Rs 2200 plus crores. The market cap is almost Rs 12,000+ crores for these SME companies. “So that’s a huge number to celebrate for sure. But this is just the beginning,” adds Gagandeep.

“Most MSMEs are tiny. Employing less than 10 people and with paid up capitals less than 10cr,” adds Sanjay. He points towards key government programmes required to nature this sector. Schemes like the Prime Minister’s Employment Generation Programme (PMEGP), the scheme for promotion of innovation, rural industry and entrepreneurship (ASPIRE), and the Scheme of Fund for Regeneration of Traditional Industries (SFURTI), Weaver Mudra Card scheme, among others are executed by the Ministry of Small and Medium Enterprises MSMEs.

Sanjay says that a revised definition of the MSME is long overdue! “The good news is that the government has decided to go ahead with the new definition that is turnover and not asset based.” The ministry’s proposed thresholds are (there’s distinction between manufacturing and service unit): Micro - up to Rs 5 crore, Small - up to Rs 75 crore, and Medium - up to Rs 250 crore.

According to Nilekani, “There was an old wag of a saying that ‘India has potential, and it will always have potential.’ It is as Indian attitudes towards entrepreneurs have transformed -- from criticism and suspicion to a new appreciation of the ‘animal spirit’ -- that this potential is finally being realised. Nehru had once expressed contempt for what he called the ‘bania civilisation’, and Indira Gandhi had spoken of businessmen as ‘the dark and evil forces’ that threatened to destroy the country. In the new era, however, Manmohan Singh lauds businessmen as ‘the source of India’s confidence, and our optimism.’” 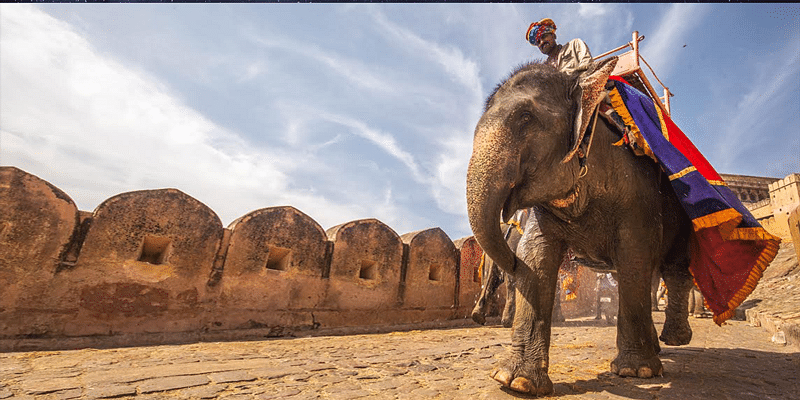 Digitalisation is what will move the mammoth economy. (Image: Unsplash)

And to continue in the same vein, the current Prime Minister Narendra Modi’s ultimate tribute to entrepreneurship while announcing new policies for startups and small businesses from the ramparts of the Red Fort was: “Hindustan mein koi aisa zila na ho, aisa block na ho jahan koi startup na shuru hua ho (every district and block in India will pride itself with its own startup business), Startup India, Standup India.” A clarion call not only for the tech startups but for the often uncelebrated small and medium businesses.