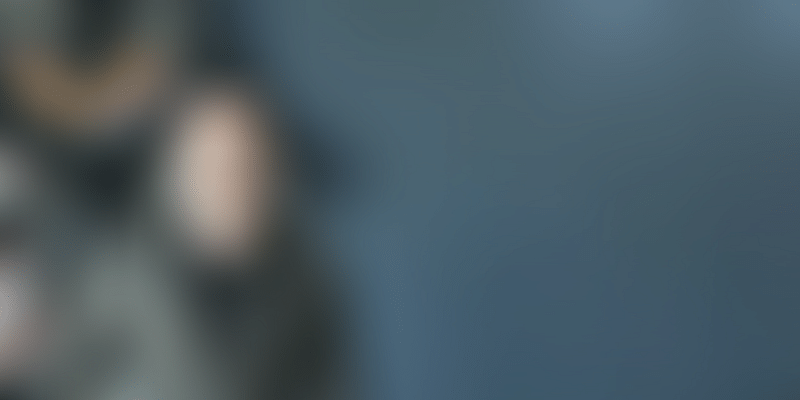 Just over a year old, Haryana-based Hammer founded by Rohit Nandwani has streamlined its product range keeping with the shift to wireless audio tech. It is now focused on strengthening its D2C game.

Rohit Nandwani is a fast learner and keeps his ear to the ground.

In the five years since graduating from Christ University, Rohit has worked with learning network startup UrbanPro for about a year; started Ringtel Marketing, an electronics accessories distributor of top brands such as Bose, Sony and Samsung in 2016; and launched his own audio tech athleisure brand, Hammer, in 2019. The brand has doubled its turnover in just the second year of its existence.

How did Rohit chart this impressive course with Hammer?

He sensed early on that there was space for a private label in the wireless audio devices market. Two market developments caught his attention: Apple launching AirPods and several mobile phone brands discontinuing the practice of offering earphones that are plugged to handsets.

Rohit’s father had saved up for his MBA. The son decided to use it instead to launch his business. With Rs 30 lakh, Rohit started Hammer in Haryana.

Attuned to the market

“We were in the general audio category. But we realised we wanted to be specialists and not generalists,” Rohit tells SMBStory.

At present, Hammer makes wireless audio devices including headphones and earphones, as well as fitness bands.

“TWS (True Wireless Stereo) is the core of our business on which we are focusing our entire energy. It is also the fastest growing vertical in the audio segment,” says Rohit.

The research and development of products happens in-house, while the manufacturing takes place in India and abroad. Manufacturing units near Manesar and Panipat account for 20 percent of the production, the rest coming from units in Germany, Taiwan, Estonia and Vietnam.

Hammer recorded a turnover of Rs 6 crore in  FY20, which has doubled to Rs 12 crore so far in the current fiscal. It expects to close out FY21 with Rs 16-18 crore in turnover.

Challenges in building a D2C brand

Initially, “everything was a challenge”, says Rohit—whether it was getting the product right or dealing with customers.

Cutthroat competition is another pressing challenge, he says. “The technology is advancing really fast. Moreover, people are pumping huge money, which is pushing the industry even more. Therefore, we have to be agile all the time. We cannot take a backseat even for a moment.”

Brand positioning is one of the ways Hammer is trying to set itself apart from competitors such as JBL, boAt, Noise, Apple and Realme. Hence, Rohit’s emphasis on Hammer being an athleisure brand and not one selling electronics goods.

Hammer retails on its website, as well as online marketplaces such as Myntra, Nykaa and Tata Cliq. Its products are also available offline through modern retail partners such as Croma and Metro.

“We have tied up closely with Myntra,” says Rohit. “While many people see Myntra as a fashion brand, few are aware that it sells electronics as well.”

This apart, the practice of deep discounting is less prevalent on Myntra than other ecommerce platforms, adds Rohit.

A 20-25 percent rate of goods return is sometimes quite heavy on the company, admits Rohit. Of this, 18 percent is courier return—a package returned due to non-availability of customers and other factors—and the rest because customers were not satisfied.

But D2C is the way forward

At present, Hammer clocks 85 percent of its sales online and the rest offline. With the D2C goal in mind, the brand is focused on selling via its own website, which gets around one lakh viewers a month.

The brand is also trying to match up to the customer services of the likes of Amazon. “We have tied up with delivery partners like BlueDart and deliver in 24 hours pan-India,” says Rohit. “We also have a live chatting service on the website, which eases communication with customers.”

While the consumer and business shift to online had started earlier, Rohit says the coronavirus pandemic has sped that process up. That’s why he says Hammer is receiving huge traction from tier 2 cities such as Jaipur and Ahmedabad.

With pandemic restrictions pushing the world to reduce its dependence on China for goods and raw materials supply, in India too the conversation around domestic manufacturing has become louder and stronger.

Rohit weighs in on the change: “Before the pandemic, the electronics market was heavily dependent on China. But COVID-19 has compelled companies to set up their manufacturing bases elsewhere.”

He believes that India has the ability to produce everything and reduce its reliance on its eastern neighbour. “China is thriving purely on the assembly game. If I talk about earphones, the basic components include plastic, chipsets and drivers. India exports plastic to other countries. The chipsets anyway come from Taiwan. So why can’t India assemble and manufacture everything here itself?”

Foxconn, HP and Wistron are some of the companies that have chosen India as a manufacturing base.

Given these developments, Hammer plans to expand its manufacturing capabilities in India. Currently operating at a capacity of 10,000 units a month, it plans to push this up to 40,000. This will propel innovation, customisation and make the brand more self-reliant, says Rohit.

The brand also plans to launch products in the home automation space and smartwatches segment.