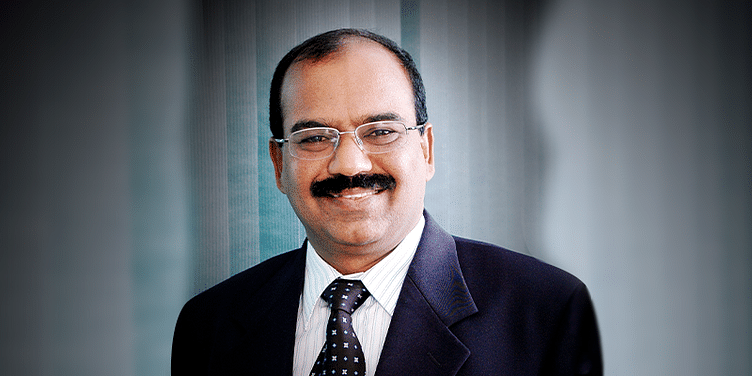 Coimbatore-based Suguna Foods started with a contract poultry farming model. Today, it supplies poultry and related products to 20 Indian states and in countries like Kenya, Bangladesh, and Sri Lanka.

The emergence of the novel coronavirus in the wet market of Wuhan, China, stirred a great deal of confusion among meat-eaters. At the beginning of the pandemic, many feared that the virus would transmit through meat, especially poultry.

The rapid decline in its demand not only hurt meat shop owners but poultry farmers, whose means of livelihood started diminishing. And, for Coimbatore-based poultry farming company ﻿Suguna Foods﻿, the lockdown posed the biggest challenge.

B Soundararajan, Chairman of Suguna Group, says that he was faced with one of the biggest dilemmas in his entrepreneurial journey. “We had never seen anything like this in the past 25-30 years. Things got so bad that after a point, the farmers told us to destroy the produce,” he tells SMBStory.

Before the pandemic, the cost of producing a kilogram of chicken was Rs 80, but during the lockdown selling the chicken even for Rs 10 was a big challenge.

However, the intervention of the Indian Council of Medical Research (ICMR) in May, saying, “We don’t see the novel coronavirus getting transmitted through any specific food. We eat cooked (food) to avoid other kinds of viruses… this virus (COVID-19) is not linked to food. People can eat chicken… non-vegetarian food,” gave the sector some breather.

Soundararajan says, “This increased people’s trust and they started buying meat again, which, in turn, led to some recovery.”

Having clocked Rs 8,700 crore turnover last year, the chairman says that the company’s liquidity played a major role in helping it ride over the crisis.

So, how did Suguna Foods, which started with a meagre Rs 5,000, scaled to become a multi-crore poultry company in 34 years?

GB Sundararajan and B Soundararajan never received any formal college education. After graduating from school, in 1978, their father Bangarusamy suggested that Soundararajan starts something of his own.

Since the family already had 20 acres of ancestral agricultural land, Soundararajan decided to venture into vegetable farming instead of cotton, unlike the other farmers in the area. With some financial help from his family, he managed to run the business for three years, but eventually, it did not turn out to be profitable.

With debt piling up, he decided to join his cousin's agri-motor manufacturing company in Hyderabad. However, his dream to do something of his own had not diminished. And, it all changed in 1986.

From selling canola oil outside gurudwaras to raking in Rs 165 Cr in turnover last year: the story of Jivo Wellness

The beginning of Suguna Foods

In 1986, the brothers started Suguna Foods Private Limited in Coimbatore, as a small poultry trading company, wherein they supplied equipment, healthcare products related to poultry, feed, and chicks to other poultry companies.

Three years into the trading business, they realised that many farmers were giving up farming because of the large credit gap in the market.

With a dearth of structured loans from banks, these farmers had to depend on private lenders. Also, they were unable to sustain themselves on an unstable income.

This is when the idea to adopt contract farming struck the brothers. In this model, agricultural activities like production, are carried out according to an agreement between the farmer and the industry buyer, cutting out the middleman.

In 1990, Suguna Foods, with just three farms, started contract poultry farming, wherein it provided farmers everything they needed to grow chicks — from feed to medicines, and, in turn, the farmers supplied the poultry to Suguna Foods.

“Initially, everybody laughed at us because they said that we will never succeed using this model,” Soundararajan says.

To everyone’s surprise, the company clocked Rs 7 crore turnover in 1997. In fact, these farmers were also able to pay the outstanding debt they owed within three years of adopting the model. At present, close to 80 percent of poultry in India is grown using contract farming.

Through this model, Suguna Foods is providing a stable income to over 40,000 farmers. Primarily known for its quality-grade chicken and related food products, it also operates about 66 feed mills across the country.

Having achieved this feat, the brothers wanted to scale their business further. However, they faced obstacles along the way, some of them even prevalent today, like seasonal consumption.

“During the ‘Shravan’ month and some other festivals, the demand drops heavily because people stop consuming chicken. But, I cannot shut my shop just because of low demand,” he quips.

In 1997, the brothers decided to professionalise Suguna Foods by creating departments across the company, and by leveraging technology to transform and restructure the business.

Suguna Foods introduced Oracle ERP and created a central database in Coimbatore that connected all its operations, including supply chains, logistics, and other data points.

Soundararajan claims that digitisation has helped them in streamlining the business. In fact, over the years, the company developed some internal apps to help farmers flag their issues through smartphones.

However, a whopping 97 percent of the group’s total revenue comes from its poultry business, Suguna Foods. It also exports to countries like Kenya, Bangladesh, and Sri Lanka.

How Rs 2,500 Cr Goel Group ventured into the frozen food vertical amidst the pandemic

Calling the attention of international bodies

In 2007, IFC invested an undisclosed amount through preference shares in the company. And Soundararajan says more investments are on the way. He adds, “We want to set up our feed mills and breeding farms in other countries for which we have tied up with IFC.”

This year, Suguna Foods also secured a $15 million financing deal from ADB through the subscription of non-convertible debentures. “We had been in discussions with ADB since last October. However, before the final agreement could take place, the pandemic broke out. But, they helped in releasing the money timely in September, so that we could come out of the issues posed by the pandemic,” he adds.

India is among the world’s largest producers and consumers of poultry and eggs. Soundararajan says that the Indian poultry industry has seen an evolution. “Thirty years ago, the per capita consumption of chicken was 150 grams, today, it is about 4.5 kgs, but much lesser than the global average of 18 kgs,” he adds.

The chairman claims that it will take close to two years for the industry to recover financially as the consumption rises to the pre-pandemic levels.

Soundararajan has big plans for Suguna Foods, as he wants to make it a protein leader in India, which provides safe and healthy food. He is also making food and nutrition security an inclusive vision of the business.

“In the earlier days, we used to talk a lot about food security being the most important. Going forward, nutrition security will become more important than food security,” he adds.

The Indian poultry market, at present, is a highly unorganised one. Only four percent of poultry in the country is sold as processed chicken, and the rest is sold like livestock. “In Bangladesh, Pakistan, and other countries, chicken is sold as processed chicken, and not as live chicken. India has been quite slow in the transformation, but we want to join this transformation and raise that four percent to 40 percent.”

Commenting on IPO plans, Soundararajan says that the company doesn’t plan to go public, and will continue as a family business.