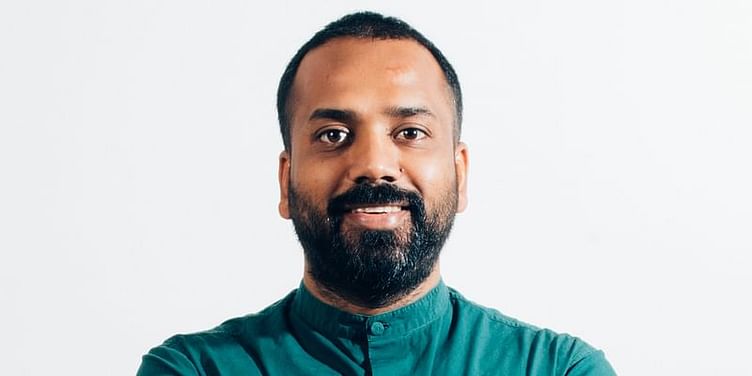 Pankaj Garg launched DailyObjects in 2012 after seeing a gap in the accessories market. Today, it manufactures and sells a variety of mobile cases, laptop holders, and bags.

In the last decade, India has seen a revolution when it comes to the usage of technology. For example, the increased penetration of the internet and the availability of cheap data have given rise to the sale and use of millions of mobile devices in India.

This has given rise to another market in the country — mobile accessories. From mobile covers and cases to earphone holders, tablet sleeves, laptop bags, and more, tech-related lifestyle products are on the rise and how.

﻿DailyObjects﻿ is a tech and lifestyle brand that is manufacturing accessories for your electronics. From trendy mobile cases to earphone holders, along with other lifestyle products such as bags, wallets, backpacks, etc., the brand has grown to be a name to reckon with in the market.

The story of this Gurugram-based D2C company began in 2012 by Pankaj Garg, the Founder and CEO.

Growing up in Mubarikpur, Alwar, Rajasthan, Pankaj says that the scope of doing business was limited in that area and he always harboured dreams of entrepreneurship.

“I grew up with a lot of ambitions,” he recalls. After finishing his bachelor’s in Commerce from Rajasthan University, he moved to Mumbai to work with Patni Computers. Eventually, he also worked with Amdocs.

During the late 1990s, when the world was witnessing the so-called ‘dotcom bubble burst’, Panakaj says he was convinced about the great power of the internet and how it would influence the coming times.

He adds, “When you are working with a big company, you are a very small part of it. I always wanted to do something of my own.”

Pankaj says he even got a chance to work in the US while working with Patni Computers but he chose to quit the job and started working with his friend on a startup in 2009 called SalesDekho.com, a portal that listed companies giving discounts in Ahmedabad.

In the next two years, Pankaj saw a gap in the mobile accessories market. He says, “I saw that the main product (mobile phones, earphones, laptops) is easily available, but its accessories are not in terms of right quality and price.

He adds that the margins were also extremely high in accessories — almost 65-70 percent.

Pankaj converted the resources of SalesDekho.com into DailyObjects, which was launched in 2012 with a new vision. Initially, he would sell other brands’ accessories on his platform. However, he realised that having your own private label is paramountly important.

Finally, in 2014, Pankaj removed all brands from his platform and started manufacturing and selling his own products.

Today, Pankaj says, 70 percent of DailyObjects’ products are manufactured in its unit while the rest is imported. For instance, the moulds of mobile cases come from China. They are further designed and finished here. He says that India is a very good market for raw materials such as fabrics (used for making bags) and leather, and the company sources them locally.

Pankaj says that his journey has been extremely challenging. Scaling up while focussing on quality is something that is hard to achieve. Therefore, he has only focussed on profitability over the last few years. In addition, the company also raised funding from Ronni Screwvala’s VC fund Unilazer Ventures and Seedfund.

At present, DailyObjects claims to be cash flow positive. Another challenge the company is battling is the large amount of unorganised players in the market.

In 2017, DailyObjects launched its own app on both iOS and Android after a friend told Pankaj to go with the times and technological advancements. The app has more than 100K downloads on Google Play Store.

Pankaj says that 50 percent of the company’s customers are Apple users. The company clocked Rs 24 crore in FY20 and is expected to close Rs 40 crore in the coming year.

According to research platform, ResearchAndMarkets, "Owing to substantial growth in the adoption of smartphones and tablets, the mobile accessories market in India is expected to reach Rs 252.80 billion by 2023." According to another report by Statista, the Indian bags and accessories segment is expected to show an annual growth rate of 12 percent, taking the projected market volume to $5.886 billion by 2025. Other players in the Indian market in this segment, choosing both the online and offline route, include Incase, Cyankart, Chumbak, and a few more others.

Pankaj says that 35 percent of the company’s sales come from marketplaces and 65 percent come from the website. He explains that having your own website is important because “it allows one to be creative”. He adds that “marketplaces such as Amazon and Flipkart cannot be ignored” because you learn a lot about the market and your product standing in it.

However, “Marketplaces have limitations and you cannot be 100 percent dependent on them because they make you vulnerable,” says Pankaj.

The COVID-19 pandemic brought the entire world to standstill. Pankaj says that DailyObjects was affected for a short period of time but was soon able to recover. He says that during the last few months, there has been an increase in the sales in the home collection category, which consists of stationary, stands, organisers etc.

The company also launched a UV- C pocket steriliser and charger to disinfect devices from COVID-19. The product has been certified by Central Scientific Instruments Organisation, Ministry of Science and Technology.

Going forward, DailyObjects is focussed on growth and expansion. So far, it has been operating only through the online model, but it will be launching its products in offline stores by next month. The company has partnered with 30 apple stores in south India.

The company also plans to go global and wants to raise funds for expansion. However, for the next six to nine months, it will sell through partners in the Middle East and Europe.

With its regional blend of spices, this Coimbatore brand is competing with national players like MDH, Everest