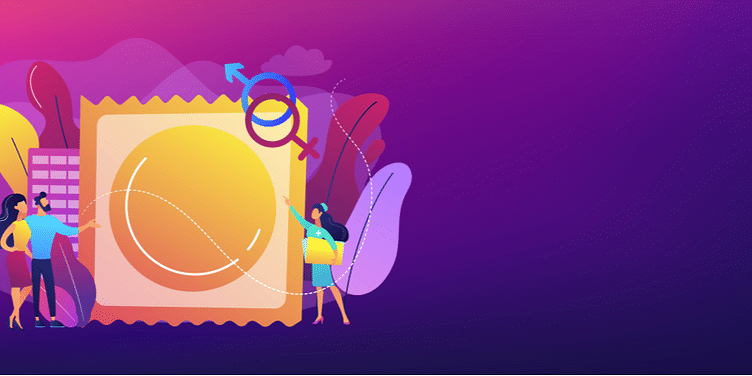 The story highlights some critical insights on sexual and reproductive rights, which are mostly not protected and thus practically non-existent.

Sexual and Reproductive Health & Rights (SRHR) is a concept that Indians, and South Asians are largely ignorant and aloof about. The taboo around topics like sex and sexuality is the root cause for the many issues people, especially women, face daily. According to a 2019 report by the Family Planning Association (FPA), India, 14 per cent of pregnancies amongst women aged under 20 are unplanned. It posits further that over 34 per cent of adolescent married girls admitted to being physically, emotionally, or sexually assaulted. Fifty per cent of maternal deaths among girls from 15-19 years of age occur due to unsafe abortion practices. All this in a scenario where sexual and reproductive health is not even a category that has its own laws and medical courses.

The Indian demographic dividend is youth-dominated, and therefore, issues pertaining to youngsters, including sex and sexuality need to be given high priority. Yet, on the contrary, these issues are not even taken into account marginally. The stigma attached to sex and sexuality ensure that such issues never enter public discourse. Discussions around sexual health are frowned upon. In many Indian languages, there are no adequate words describing sexuality, sexual health, and sexual orientation. This has resulted in fewer academic and social discussions on the topic. It has, sadly, pushed sexual health into the backseat as it is not seen as an important part of human well-being.

According to a 2019 report compiled by the Family Planning Association (FPA), India, 21 per cent of Indian youth falls into the age group of between 10 to 19 years. Lack of comprehensive sexuality education, inaccessibility and lack of knowledge around contraceptives, erroneous sex-education due to early exposure to porn, etc, culminating in unhealthy sexual practices and reproductive ill-health are large issues that plague the youth. They also interfere with a meaningful development of an individual and society. Women are doubly marginalised due to the problem of gender-based violence and discrimination due to which they are forced into marriage, sexual relationships, and childbirth. The report further says that 60 per cent of women in the age group 15-19 were found anaemic, which contributes majorly to age-specific mortality amongst adolescents.

What is reproductive health?

It may be defined as “A state of complete physical, mental and social well-being, and not merely the absence of reproductive disease or infirmity. Reproductive health deals with the reproductive processes, functions and system at all stages of life.”

What is sexual health?

Sexual health can be defined as “A state of physical, mental and social well-being in relation to sexuality. It requires a positive and respectful approach to sexuality and sexual relationships, as well as the possibility of having pleasurable and safe sexual experiences, free of coercion, discrimination and violence.”

Sexual health deals with sexuality and sexual well-being. Therefore, it’s purview is completely different from reproductive health. The components of sexual health include access to accurate information on sexuality, comprehensive sexuality education, clinical services regarding management of sexual dysfunctions and access to information and counselling regarding sexuality. This, in India, is not just lacking but also overlooked due to the stigma attached.

The International Conference on Population and Development (ICPD) in 1994 created a paradigm shift globally by defining Sexual and Reproductive Health and Rights. For the first time, governments around the world agreed that there is a direct correlation between rapid population growth and development; and population policies must include comprehensive sexual and reproductive health instead of focusing on just family planning.

Again, for the first time, it was recognised that human development is an individual right; and in the same conference the terms sexual and reproductive health were defined, and concepts like family planning, safe motherhood, emergency obstetric care, sexually transmitted diseases, adolescent sex education, gender equality, etc, were taken into precedence.

India is a signatory to the ICPD Plan of Action (which includes 179 countries). As a supporter, the Indian government changed policies and programmes to widen the scope of development programmes. From Reproductive Child Health (RCH) to all inclusive, RMNCHA+ (reproductive maternal new born child and adolescent health + adolescent), the government has shown its commitment to improving lives. Over the past 20+ years, post-ICPD, there has been a steady and definitive progress towards improving reproductive health.

Within the public health policy perspective, reproductive health has been addressed considerably, whereas, sexual health has remained largely neglected.

Public sector health care does not include sexual health services; comprehensive sexuality education is not provided in schools or colleges. Yet, it remains an important healthcare concern. This neglect is because sexual ill-health is not fatal, does not end in debility, death or place the burden on the public sector. This perception further stems from the fact that there are hardly any studies or evidence-based surveys that measure the cost of sexual ill-health, there is no link of sexual ill-health with other diseases. There is an immediate need for strong mental and physical co-relation between sexual ill-health and conditions like depression, stress, hypertension and general ill-health.

Surprisingly, sexual health is also not taught in the medical curriculum as a specialty subject.

Most medical students (including this author) graduated with adequate knowledge and skills around reproductive health, yet without any specific scientific knowledge on sexual physiology, human sexual response and the genesis of sexual ill-health. Very few medical teaching institutions have sexual health departments in India. Thus, often such conditions are treated by andrologists and/or dermatologists. These days, there is an emergence of a specialty expert - ‘sexologist’, yet, here again, there is no qualifying exam in India. The dire lack of supporting academics reflects on the negligible infrastructure for a clinical solution.

Apart from health, individual sexual rights and reproductive rights need to be framed in the form of articulated laws and programmes by the government of India to ensure that people realise and enjoy their rights. So far, there are only a few laws that guarantee reproductive rights, partially. Again, when it comes to sexual rights, there are no specific laws at all. On the contrary, some laws criminalise sexuality. Recently, IPC Section 377 which criminalised same-sex relationships was repealed bringing about a landmark shift in the domain of sexual rights.

What India needs to do

India needs to realise that sexual rights are as important as reproductive rights. While reproduction is a major concern in the country due to the cultural preoccupation of preserving a bloodline; sexual rights are heavily neglected and ignored as moral hazards. It is often misunderstood that reproductive health includes sexual health; however, they are two different health spectrums and need to be addressed separately yet, together. Along with increasing medical and clinical capacities, there is a need to initiate and strengthen public health and community discourse on healthy sexuality. Everyone, including the youth, should have access to comprehensive age-specific sexuality education. This is a primary entitlement and a right of all individuals.

How poshan sakhis are transforming reproductive health in Odisha