Krimanshi, a Jodhpur-based startup, has been boosting the income of dairy farmers by supplying affordable cattle feed made from fruit and vegetable waste.

Dairy farming is a major source of income for a staggering 121 million farmers in India, with total production touching 176 million metric tonnes in 2018. However, farmers are struggling to earn a livelihood due to the unavailability of quality fodder and high cost of cattle feed. This, in turn, has been affecting the quality of milk as well as the health of cows and buffaloes, causing a streak of economic losses.

According to a report by Indian Grassland and Fodder Research Institute (IGFRI), India is currently facing a shortfall accounting to 35.6 percent for green fodder, 11 percent for dry crop residues fodder, and 44 percent for concentrate feed ingredients.

In an attempt to change this scenario, 31-year-old Nikhil Bohra founded Krimanshi in 2015 to convert food and agricultural waste into low-cost feed and fodder for dairy farmers.

In the last four years, the Jodhpur-based startup has helped over 500 farmer households across Rajasthan to increase milk production and reduce veterinary costs. That is not all.

Krimanshi has also added value to the environment by generating value from 100 tonnes of waste so far (500 to 1,000 kilograms per day).

How Krimanshi was set in motion

After completing his engineering in Biotechnology from Vellore Institute of Technology, Nikhil started working with various non-governmental organisations (NGOs) across domains like sustainability, nutrition and health, and sanitation. During this time, the idea of producing cattle feed and fodder occurred to him.

Initially, his plan was to make fodder using agroforestry resources like dry leaves, pods, and shrubs. Later, he made use of fruit and vegetable waste and agricultural residue to create animal food.

“India wastes about Rs 440 billion worth vegetables, fruits, and grains every year. When I came across this, I was shocked. I wanted to do something about it. That was when I decided to conduct an experiment. I collected carrot, papaya, and mosambi waste from warehouses and mandis in Jodhpur and then processed the same to make cattle feed. One of the dairy farmers in the area fed it to his cattle and saw an improvement in the quality of milk produced. Convinced by the results, I went ahead and devised a plan to scale up this operation."

Initially bootstrapped, the startup was incubated in 2017 through the INVENT Program, a platform that supports inclusive and innovative solutions under the Department of Science and Technology, Government of India, as well as the Department for International Development, Government of the United Kingdom.

Krimanshi also received a part of the funds from the YES Scale Accelerator and Government of Rajasthan. Presently, social enterprise incubator Villgro is supporting the startup’s operations.

With eight full-time employees and 15 part-time hires, the organisation has been focussing solely on building a new value chain to produce high nutrition feed in the last few years.

How the government is working to double farmers’ income by 2022

With a view to develop cost-effective solutions to feed the burgeoning livestock population in the country, Nikhil puts together a collection system to gather fruit and vegetable waste from juice shops and local markets in Jodhpur by paying a nominal amount.

This waste is then transported to Krimanshi’s processing units in Jodhpur or Jaipur. Certain salts are then added to process the waste, absorb all the moisture, and stop bacterial activity. The resulting mixture is pulverised and made into a powder-like form. The conversion of these fine grains into feed (in the form of pellets) is outsourced to external manufacturers in Jodhpur.

The finished product is sold to local distributors who in turn give them away to dairy farmers in Rajasthan for 10 percent lesser than the market price.

“The short-term goal is to expand our presence in Rajasthan. Since Krimanshi is already commissioning a processing outlet with a capacity to produce 10 tonnes a day in Bengaluru, the team will be working towards spreading its wings in Karnataka too. Besides, we are also working on a pilot project with Godrej Agrovet. If things materialise, we will extend these efforts in future,” says Nikhil.

With an aim to cast a wider net, the organisation is also planning to expand its product base to poultry and fishery feed by the end of 2019.

Boosting the welfare of dairy farmers

Due to industrial development, there has been a drastic reduction in the availability of grazing area for cattle. Hence, dairy farmers are highly dependent on feed and fodder for the nourishment of their cattle. But, the shortage of quality feed has been affecting the health of the animals, and thereby the production of milk. With Krimanshi selling nutrient-rich feed for a lesser price, not only are they earning more, but have also seen an increase in the quantity of milk produced.

“I have been using the feed manufactured by Krimanshi for the last 18 months, after which I observed a 20 percent increase in the amount of milk produced. Additionally, the health of my cattle has improved, and I am spending 70 percent less when it comes to veterinary services,” says Mewaram Gurjar, Ambuja Cement Foundation Dairy, Rabariyawas, Rajasthan.

From managing the cattle, providing them with feed, milking them, and taking care of supply, farmers work hard all around the year. With Krimanshi’s efforts to help them reduce their expenses, their livelihood is set to get a boost.

Another problem the startup is trying to solve is the price disparity between cattle feed and milk. Commenting about this, Nikhil says, “The cost of cattle feed in the market has been on the rise ranging between Rs 16 to 24 per kilogram. However, the price of milk has remained stagnant. Farmers end up buying feed at a higher cost and selling milk at a lower cost. We are working towards resolving this plight.”

How this Chennai-based startup uses artificial intelligence to impact the lives of aqua farmers... 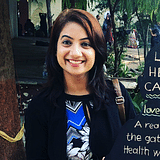