From planting trees to promoting waste segregation, here's how these companies are helping the environment 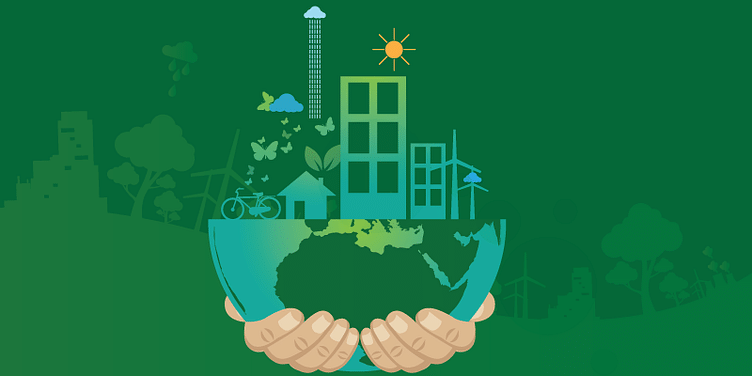 On World Environment Day, we take a look at companies that are investing in natural resources as part of their CSR to protect the environment.

Protecting the environment is one of the biggest challenges we face today. Due to booming industrial growth and rapid urbanisation, India’s ecological balance has taken a backseat in the last few years. Several environmental issues, including deforestation, mismanagement of solid waste, climate change, and air pollution, continue to plague the country, demanding immediate action.

However, there is a silver lining amid these gloomy clouds. Commercial enterprises have been ramping up their efforts to conserve and safeguard the environment as part of their corporate social responsibility (CSR).

According to the CSR Reporting Survey published by KPMG, Indian companies spent a massive Rs 797 crore in 2017 (11 percent of the total CSR expenditure) on protecting the environment and boosting sustainability.

As part of this initiative, a four-meter high 3D figurine of a waste picker was set up in London's Borough Market using the plastic collected and exported by Hasiru Dala Innovations. The piece of art - a human face made with plastic - reminds people of the important role played by the informal waste sector in the burgeoning plastic pollution crisis.

The Body Shop also launched its highest-selling hair care product packaged in 100 percent recycled PET (Polyethylene Terephthalate) plastic, of which 15 percent is to flow in from fair trade. The objective of this drive is not only to reduce the devastating effect of plastic waste on the environment, but also to support the huge community of waste pickers in the country.

This store in Pune creates zero waste, encourages customers to do the same

Anandana (the Coca-Cola India Foundation) has announced the establishment of an integrated waste management infrastructure along with Saahas Zero Waste, Chintan Environmental Research, Action Group, and Hasiru Dala Innovations. This includes the setting up of Material Recovery and Segregation Facilities (MRFs) to promote segregation of waste at source across Delhi, Chennai, Andhra Pradesh, Uttar Pradesh, and Karnataka.

This partnership is also expected to drive inclusion of the informal waste sector into a formal one, better awareness about segregation of waste, attitudinal changes in waste disposal, and protection of natural habitats. The efforts will also be focused on creating frameworks for community-led initiatives by roping in waste workers, scrap dealers and the local administration.

Health and hygiene brand Eureka Forbes has been harnessing rain water in tandem with local bodies, co-operative societies, and government institutions. It has already harvested over 600 million litres of water till date, and the team is continuing its efforts this year too.

Eureka Forbes also launched Project Jal Amrut in 2015 to augment water resources with rain water harvesting in drought-prone areas of rural Maharashtra. The company has now extended this activity to other areas.

Now, an ambulance for trees: Chennai gets a tree ambulance to relocate, revive trees

Software giant Infosys is actively contributing to India’s Swachh Bharat Campaign by pitching in 1,000 volunteers to work with the local community and create awareness about the importance of garbage segregation. These volunteers have been conducting cleanliness drives in cities like Pune, Chennai, Hyderabad, and Bhubaneswar. This endeavour is aimed at ensuring bio-degradable waste does not reach landfills.

The company has also pledged to make its campus plastic-free by 2020. It has committed to decrease the per-capita generation of plastic by 50 percent in their campus same year. In order to achieve this, Infosys is replacing PET water bottles, plastic carry bags, food sachets, toiletries, garbage bin liners, and business card holders with environment-friendly materials.

Auto major Mahindra and Mahindra has taken the bull of climate change by its horns through the Rise Against Climate Change Movement. The company has planted over 16 million trees since 2007 as part of this initiative. The initiative continues to inspire citizens and corporates alike by commemorating their moments of joy, big or small, by planting a tree.

Not only is this a step towards reducing pollution levels, but also saves water and reinforces the soil with vital nutrients.

This Mumbai-based startup has rolled out eco-friendly bamboo substitutes in its fight against p...

The unsung Indians who were Nelson Mandela’s heroes