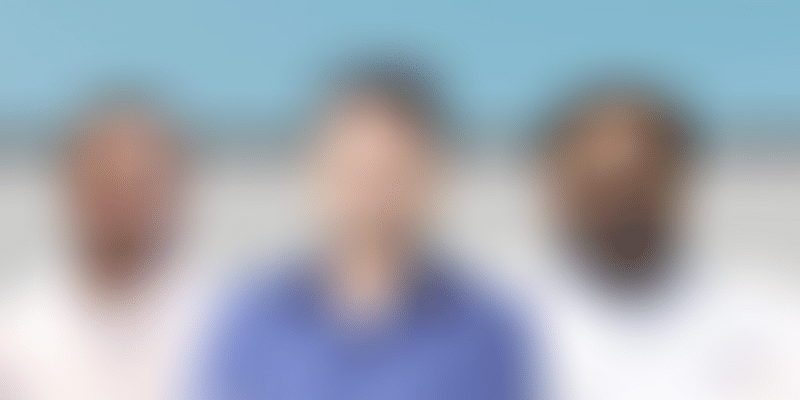 Social enterprise Caya is one of the largest contributors to Swachh Bharat, impacting one million people across 200 rural areas by manufacturing and installing pre-fabricated toilets.

With India’s population touching an astounding 121 crore, access to clean water, health and sanitation for its citizens remains a huge challenge.

According to the United Nations International Children's Emergency Fund (Unicef), 79 percent of the rural population in the country do not have access to sanitation facilities. A staggering 40 percent of the population is still known to defecate in the open. A report published by international NGO, WaterAid reveals that 19 percent of people in India are deprived of clean drinking water.

Inadequate water supply and dysfunctional sanitation systems are known to have a lasting effect on the well-being of people. Water-borne diseases not only affect the overall public health of the country, but also the health of future generations. As many as 69.14 million cases of water-borne diseases like cholera, typhoid and dysentery were registered between 2012 and 2017.

Keeping this in mind, the Government of India launched its flagship scheme, Swachh Bharat Abhiyan (Clean India Mission) in 2014, with a mission to promote healthy sanitation, scientific waste disposal, and eradicate open defecation.

In a span of five years, the government was able to provide an 89 percent sanitation coverage in rural India by building about 9.9 crore toilets and rendering 5.9 lakh villages open-defecation free. While efforts are still underway to increase these numbers, let’s look at the effort that has gone into implementing the initiative.

Caya, a Delhi-based social innovations enterprise has been one of the largest contributors to Swachh Bharat Abhiyan, impacting a million people across 200 rural areas. The organisation designs, produces and installs pre-fabricated toilet blocks in rural communities, and has helped bring down the turnaround time of building and delivering a toilet from three weeks to two days.

Founded by Navneet Garg (44) and Ashish Gupta (43) in 2016, Caya not only focuses on providing scalable and sustainable sanitation solutions, but also aims to deliver reliable water supply to people living at the bottom of the pyramid.

“We have tackled many loopholes in the sanitation system in the last three years by installing toilet blocks across the length and breadth of the country. Now, it is time for us to focus on setting up hand pump monitoring devices to fulfil the basic need for clean and consistent water supply to rural India,” Ashish Gupta, Co-founder, Caya tells YourStory.

Flush me, Flush-Me-Not: this global company is helping India save 90pc of water in toilets thro...

The inception of Caya

Navneet Garg was leading Vestergaard Frandsen, one of the biggest global aid organisations, to meet Africa's Millenium Development Goals. However, when he realised that his own country was lagging behind in achieving these goals, he decided to return to India and established Caya in 2015.

“I wanted to work in the space of water, sanitation and waste management since they form the key areas that contribute to a healthy lifestyle. Since the Swachh Bharat Abhiyan was announced around the time I returned to India, I thought of working closely with the government on its targets. That’s when Caya was born,” recollects Navneet Garg, Co-founder, Caya.

Ashish Gupta, a Chartered Accountant by qualification, was working with Delagua and delivering social innovations in the water and soil testing space before he joined Navneet Garg and Caya.

The organisation is completely bootstrapped and has over 100 employees, all working towards making India clean and hygienic.

Meet the Noida-based organisation that is using Smart Water ATMs to dispense drinking water to ...

Social innovation at its best

The primary objective of Swachh Bharat Abhiyan was to make India open-defecation free through the construction of at least 12 crore toilets across rural and urban households. However, charting out a plan, designing the layout as well as employing workforce and material to construct one set of toilets was taking the government at least two to three weeks.

This was when Caya came to the help of the government. Its solution is unique. Caya uses precast reinforced cement concrete (RCC) to construct toilets within their manufacturing facilities in Goa and Rewari in Haryana, thereby making it easy to transport the blocks and assemble the same on-site at any location.

“Another big advantage with regard to the toilets produced by Caya is the presence of bio-digesters that convert both urine and faeces into fertilisers with the help of anaerobic bacteria. The idea behind this was to tackle waste at the source. Besides, the organisation even takes care of the maintenance of toilets by training individuals commonly referred to as Swachhta Sainiks who keep a check on the functioning on a regular basis,” says Karan Aggarwal, Product and Design Lead, Caya.

Since its establishment, Caya has helped the government manufacture and install 12,000 toilet structures in nine states across 200 rural areas, 80 of which were declared as open defecation free.

Rana Ram, a resident of the Raoti village in Jodhpur recently saw the construction of 15 toilets in his locality and was extremely happy with the development.

“Earlier, the women in my village used to defecate in open fields. I used to feel really sorry for them. However, after the installation of these toilets, they are able to gain access to a private space. I believe every citizen has the right to a clean and disease-free environment and I am glad the government along with Caya were able to make this possible here,” he says.

How to bring about long-lasting community transformation in rural India

An endeavour towards promoting water supply

Handpumps have been the only reliable source of water supply that does not depend on electricity across most of the rural areas in the country for a long time. Even though the government has been working towards installing handpumps in several villages, women are forced to walk to neighbouring localities or remote wells to fetch water, simply because a majority of the handpumps are rarely in working condition.

Caya has developed a solution with its smart water monitoring device EyeOneer. This device, which can be embedded or affixed to handpumps, is capable of detecting repairs and predicting mechanical failures in advance using Artificial Intelligence (AI) and Machine Learning (ML) concepts. The resulting report is then automatically sent to the nearest government agencies who are in charge.

Not only can the officials in these agencies get information about mechanical failures, but also on other aspects like the overall health of the pump, status of repair if initiated, groundwater levels in the area, and so on. EyeOneer takes only 30 minutes for the installation and can run remotely for five to eight years with the battery that comes with it.

An IIT dropout and IIM graduate, this marine engineer's DIY tech cleans contaminated water in a...