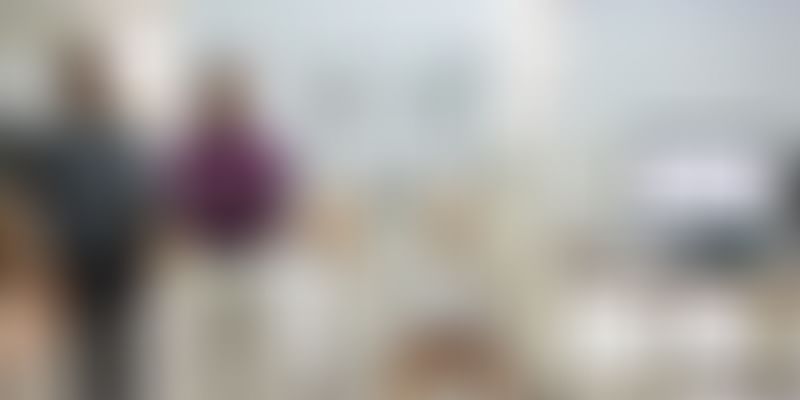 An IIT-Madras professor and his student have designed a robotic platform with a multipurpose grasper that can perform complex manipulation and locomotion tasks. It can have industrial applications that involve climbing, holding, and assembling.

The dexterity and configuration of the human thumb lets us do what no other species can: grasp things. But it seems that humans now have competition with an IIT-Madras team developing a multimodal robotic system that has “good grasping, manipulation and locomotion abilities”.

Called the “Grasp Man”, this new class of robot will have various industrial applications such as pipe inspection, search-and-rescue operations, and others that involve climbing, holding, and assembling.

The robot is fitted with a pair of graspers that provide morphological adaptation, enabling it to conform to the geometry of the object being grasped, and allowing it to hold objects securely and manipulate them much like the human hand. The two graspers are equipped with a robotic platform that provides behavioural adaptation, meaning the “capability to change the locomotion behaviour to adapt to the environment”.

To study and further understand the capabilities of the robot, the institute has developed a prototype, which was fabricated at Robotics Laboratory, Department of Engineering Design, IIT-Madras.

Testing and further research are being carried out by Professor Asokan Thondiyath with his student and research scholar Nagamanikandan Govindan. Their development has been published in ASME’s Journal of Mechanisms and Robotics.

The team is at present working on developing the robot to make it “less complex and more effective”.

Asokan said, “The motivation behind this research is to realise a robot with a minimalistic design that can overcome the need for task-specific robots that are capable of navigating and manipulating across different environments without increasing the system complexity.”

Machines used in search-and-rescue operations and locomotory applications will also benefit from this robotic platform.

“Our recent publication provides details of the kinematic and static analysis, and experiments on the fabricated prototype to validate different modes of operation. The combination of locomotion and manipulation gives the robot interesting features such as circulation (holding an object and walking), non-anthropomorphic walking, and brachiation (arm swinging like Baboons),” Asokan said.

Selfless service without discrimination: how Khalsa Aid India helps those in distress