We bring you stories that are sure to inspire you, and motivate you to keep going – no matter what!

Online platforms like YouTube have been the launching pad for many Indian and international stars. With no cost to upload an individual’s content and get an instant audience, the platform has also been used by many individuals to showcase their acting chops and other skills.

For instance, Gangavva Milkuri from Lambadipally, a village near Hyderabad, has now become a YouTube sensation and how. At the age of 60, she is indeed an inspiration to many.

This week we also showcase other stories of individuals contributing towards the welfare of the society. Read on:

While the environmental ramifications of such a staggering statistic is enough to have your head reeling, let’s not forget the sanitation and health concerns that crop up for those handling menstrual waste in India.

This is where Pune-based Sathya Natarajan, a mechanical engineer by profession, wants to make a difference. To counter the issue and make sure the residents are doing their bit to segregate waste properly, Sathya has been carrying out various sanitary napkin waste segregation campaigns. He also holds sessions among students in schools and societies in Pune.

In India, a child is sexually abused or raped every few minutes, according to a report by National Crime Records Bureau (NCRB). The report also indicates that an astounding 1,06,958 cases of crime against children were recorded in the country. Of these, 36,022 cases were related to sexual violence.

Striving to make an impact is Delhi-based Our Voix, which is a youth-led organisation. Founded by 25-year-old Megha Bhatia in 2018, Our Voix conducts free workshops and events to sensitise teachers, parents, and children about child sexual abuse.

Presently, Our Voix has a volunteer base of over 200 people including lawyers, psychologists, and management consultants from across the globe, including London, the US, and India. The organisation has also accumulated funds to the tune of Rs 3 lakh from crowdfunding sources and private individuals to drive its initiatives.

Once a victim of domestic abuse, this 60-year-old is now a YouTube sensation

For the past few years, YouTube is proving to be a platform for many people to showcase their talent. In India, it has become a huge sensation where people are uploading videos for free to get visibility.

One of them is 60-year-old Gangavva Milkuri, who has become an overnight star on YouTube. One of her videos was featured on a YouTube channel called My Village Show in 2016, and made her an instant sensation.

After getting a positive response, Gangavva started appearing in more videos on the channel. Seeing her popularity, the creators have now dedicated a special show to her. In this show, Gangavva will be a newsreader reading local news.

Karnataka teenagers Aman KA and AU Nachiketha Kumar have developed an eco-friendly and cost-effective process of coagulating rubber using 'bimbli' extract, a feat that has bagged them the National Geographic Explorer Award by Google.

The idea, says Aman, germinated from a story narrated by his mother on how his grandfather (who was into rubber business for over four decades) would keep looking for alternatives when he ran out of formic acid, a vital ingredient in the coagulation of rubber latex to make sheets.

Over the years, climate change has taken a huge toll on our environment. For instance, Alaskan glaciers are melting 100 times faster, and marine life is under threat due to global warming.

Even the coral reefs, which provide shelter to many marine organisms and reduce coastal erosion, have been depleting due to pollution, increased fishing, and rising ocean temperatures.

Named after the late Linkin Park vocalist Chester Bennington, India now has its first 3D-printed modular, artificial reef. Siddharth Pillai, 17, has been working on the design for over a year now and has also patented his system of interlocking blocks. The 20m 3D-printed reef will be dispersed along the Puducherry coast, and according to a few experts, marine life will host on the reef within a month.

After losing their child to congenital heart disease, this couple is saving the lives of other ... 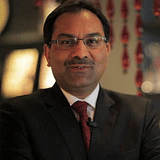 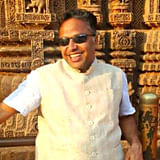 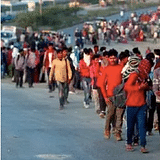 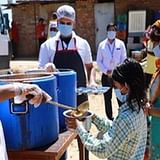 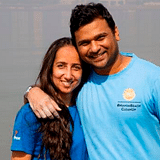 Meet the husband-wife duo who cleared over 10,00,000 kg of marine litter from Mahim Beach 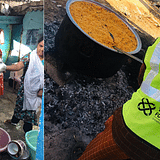 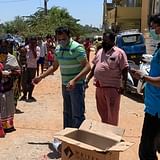