G Vaishnavi, a Class 9 student from Raichur district, is one of the two children chosen from Karnataka to witness the soft landing of the lunar mission with Prime Minister Narendra Modi. She and 60 other students from across India will watch the event at ISRO headquarters in Bengaluru.

If there's one word that's trending across India these days, it's Chandrayaan 2. Launched into space on July 22, the Indian lunar mission has grabbed eyeballs and interest among all age groups, with the de-orbiting manoeuvres and the separation of the lander from the orbiter becoming topics of conversation.

And as ISRO's Chandrayaan-2 mission prepares for a historic lunar landing, the stage is set for India to become the fourth nation to put a spacecraft on the moon. The touchdown is scheduled to take place on Saturday (between 1.30 am and 2.30 am India time), and will be live-streamed by Doordarshan National, and on the YouTube channel of the Indian government’s Press Information Bureau (PIB).

Interestingly, 60 lucky students from across India have been selected to watch the Chandrayaan 2 soft landing on the lunar surface with Prime Minister Narendra Modi at the ISRO headquarters in Bengaluru. These students are winners of a quiz that ISRO had organised ahead of the proposed landing.

The winning students include G Vaishnavi, a Class 9 student from Raichur district in Karnataka, one of the two students from the state to witness the soft landing. The girl has been on cloud nine since she was selected for the live soft landing.

ISRO had organised an online quiz on space between August 10 and 25. The quiz, which had around 20 questions based on space and research, had a time limit of only 10 minutes, reports The Hindu.

Speaking to Edex Live, G Vaishnavi said, “I came across a pamphlet calling for participation in ISRO's online quiz on space on our school notice board. When I informed my father that I would like to participate in the quiz, he agreed and created an email id for me. The quiz was conducted from August 10 to August 25, 2019. I attempted it on August 12.”

A few days after, Vaishnavi’s father got a call from ISRO officials that his daughter had been selected to witness the Chandrayaan 2 landing along with PM Narendra Modi.

Two top-scoring students from each state and union territory have been invited by the space agency to watch the landing of the Vikram module.

Speaking about her interest, Vaishnavi said,

“I was always interested in reading about space. After my science teacher told more about India's contribution to space and research, my interest grew further. He also told me about Vikram Sarabhai and other eminent personalities. And today I am here to witness a historic moment, one we should be so proud of, as Indians.” 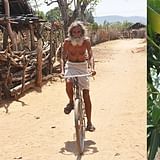 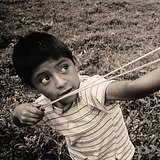 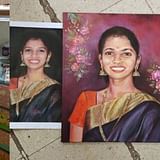