With one lakh doctors on its platform, this social enterprise is working to improve the quality of healthcare in India 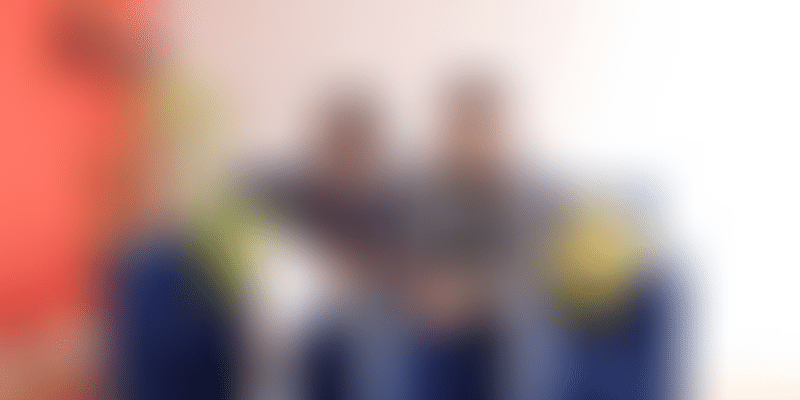 Bengaluru-based Omnicuris is attempting to improve the quality of healthcare in India by providing doctors and medical practitioners with free and engaging video-based content on a mobile app for continuous medical education.

A staggering 2.4 million people die every year in India due to preventable diseases and treatable conditions, according to a report published in 2018 by The Lancet, a weekly medical journal.

In 2016, around 1.6 million people died due to the poor quality of care. The report also said 84 percent of cardiovascular deaths, 61 percent of post-birth issues, and 50 percent of tuberculosis complications were caused due to sub-standard care.

One of the main reasons for this is lack of availability of quality healthcare services. It is also because healthcare providers in smaller towns are not as up to date with latest developments compared to their counterparts in the city.

Despite a wave of innovations and technological advancements in the medical field, people have been losing lives because of poor quality care.

To help doctors keep themselves abreast with the latest breakthroughs in their respective domains, Savitha Kuttan (36) and Priyank Jain (33) founded Omnicuris in 2016.

The Bengaluru-based social enterprise is striving to foster change in the healthcare sector by providing doctors with a digital platform to obtain Continuous Medical Education (CME) to gain knowledge and improve their practice.

The organisation’s learning management programme consists of a series of webinars and videos, including quizzes, assignments, and tests, which can be accessed by medical practitioners via a mobile application. As of today, more than one lakh professionals and an innumerable set of patients have benefited from it.

Omnicuris has also partnered with 35 leading medical associations and institutes, as well as eight state governments across the country to implement this initiative.

“At its current state, the quality of healthcare in India has quite a few gaps. Many individuals do not get a gateway to good treatment. This is more true in rural areas since primary physicians and doctors might not have the know-how to diagnose and treat ailments. Omnicuris was set up to focus on just this. The organisation makes available information, concepts, and latest developments in the medical arena to doctors,” says Savitha Kuttan, Co-founder and CEO, Omnicuris.

How Shanta Garg is making basic healthcare accessible to mothers and newborn babies in a Rajast...

Savitha, the brain behind Omnicuris, completed her engineering at Madras University and went on to pursue master's in business administration (MBA) at Great Lakes Institute of Management in Chennai. Later, she worked as a healthcare consultant in the US and Europe before setting foot in India to work on improving the quality of healthcare here.

A few years later, she was the Vice President at Mylan Laboratories Limited, which is when she learnt about the nitty-gritties of the healthcare industry.

However, the idea to start Omnicuris occurred to her when she lost one of her family members.

“I started giving a serious thought about starting a venture focusing on quality healthcare when a relative of mine passed away. His death was due to doctors not being able to diagnose the illness,” Savitha recollects.

When Savitha decided to kick off with Omnicuris, Priyank Jain, an alumnus of IIT-Kharagpur, who had previously co-founded EnCashea, a scrap recycling startup, joined her in the efforts. Savitha and Priyank met through a few mutual friends at a social gathering and decided to work together after they realised that their thought process was congruent.

One of the biggest challenges the duo had to overcome was in terms of building good content and also ensuring doctors take time out from their schedules to assimilate the information curated on the app. Today, Omnicuris has about 50 employees and most of the organisation’s funds come from state governments, partner medical associations, and other sponsorships from health and pharma companies.

Omnicuris has been putting together recorded lectures and video-based content on a diverse set of topics ranging from cardiology, oncology, diabetes, gynecology, pediatrics, and gastroenterology.

The material can be accessed by any qualified medical practitioner on the Omnicuris app after entering the medical registration number. Available both on Android and iOS, the cynosure of the Omnicuris app is its creative and engaging content.

“We have a team of people who compile information with the help of several reputed medical associations and organisations in India like Federation of Obstetric and Gynaecological Societies of India (Fogsi), API, Indian Orthopaedic Association (IOA), Research Society for the Study of Diabetes in India (RSSDI), and Indian Association of Dermatologists, Venereologists and Leprologists (IADVL). They create interactive videos and animated content with text overlays to ensure medical professionals not only get a good grasp, but also gain mastery. Certifications are also provided in partnership with these national institutes,” Savitha says.

For instance, when the prevalence of cancer increased to around 15 percent across many districts of Madhya Pradesh, the government collaborated with Omnicuris to produce content specifically covering early diagnosis and prevention.

Soon, the socio-medical enterprise launched a comprehensive image based online module on the subject and achieved a completion rate of 90 percent.

“It is a known fact that early detection and screening of cancer increases the chances of successful treatment. But, in order to obtain an edge, it is important for doctors and medical staff to be trained in this area. Hence, in 2017, we partnered with Omnicuris and Tata Memorial Centre to help us. Today, most doctors across Madhya Pradesh, especially those beginning their career, are taking up the module on the app,” says Pallavi Govil, Principal Secretary, Directorate of Health Services, Government of Madhya Pradesh.

After losing their child to congenital heart disease, this couple is saving the lives of other ...

Sixty-year-old JC Sekar is a general physician at a primary healthcare centre in Vadamadurai, a small town located near the city of Dindigul in Tamil Nadu. Despite having been a doctor for the last 33 years, he is of the opinion that there is always something to learn in the field. A few months ago, he became acquainted with the Omnicuris app and signed up for an online module on Coronary Artery Disease (CAD).

“The content on the app was explicit and creatively presented. I completed the course without any hassles in the comfort of my drawing room. Now, I am able to identify symptoms of CAD and even refer patients to a few specialised hospitals that offer further treatment. I am sure many other professionals in this field would benefit if they use the app. After all, people literally place their lives in the hands of doctors and there cannot be any scope for lack of knowledge or negligence,” he says.

According to the founders, over one lakh medical practitioners have used the Omnicuris app since inception. Today, as the nation is a step closer to providing better and quality healthcare, the enterprise is already making plans to penetrate deeper into the medical fraternity with a target of training another two lakh doctors by end of 2020.

“Every individual has the right to correct diagnosis and quality treatment. Omnicuris is an enabler in this space and will continue to be one because the health of the people determines the health of the nation,” Savitha says.