The IIT-Madras team led by T Pradeep has found a way to successfully degrade several varieties of plastic-like Teflon, polyethylene, and polypropylene.

According to the United Nations, we produce 300 million tonnes of plastic waste annually that not only pollutes our water bodies, but also our food.

To curb the plastic menace and bring plastic pollution under control, many experts and scientists across the world are working on alternate solutions. Among them is a team from IIT-Madras that has found a way to successfully degrade several varieties of plastic-like, Teflon, polyethylene, and polypropylene.

To give a specific instance, the team degraded chemically inert and physically stable plastic fluoropolymer - polytetrafluoroethylene (PTFE) of which Teflon is made, through an eco-friendly way.

According to the Financial Express, the degradation process was successful after the scientific process which involved metals, glucose, and magnetic stirrer was coated with Teflon and other sugars.

“We have now tested it on polyethylene and polyethylene terephthalate (PET) and got similar results. For a given concentration of dissolved glucose, the reaction is slow as the generation of triboelectric charge is less compared with PTFE.”

The process included continuous stirring of fluoropolymer in water containing 1,000 ppm glucose and metal ions for about 15 days at 70 degree Celsius. The same procedure also helped the team to degrade polypropylene as well.

This duo from Bengaluru is tackling plastic waste by renting cutleries

“After a few days, we observed something unusual. We found tiny fragments with bright red luminescence floating on the surface.”

The team at the institute tested Teflon in different forms, ranging from pellets, tapes, and plates and repeated the experiment using a Teflon beaker. Through the process, the results were quite same, but it didn’t show any bright red colour when copper, silver, and iron were used replacing gold.

“We then got a clue that the PTFE polymer might be breaking down into molecules through triboelectric degradation. An electric potential is produced at the interface of Teflon and water when the polymer is continuously stirred in water.”

On plastic and a prayer, travellers sticking to New Year’s plans despite demonetisation 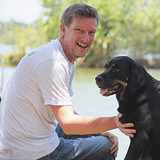 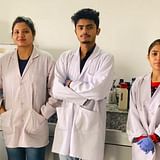