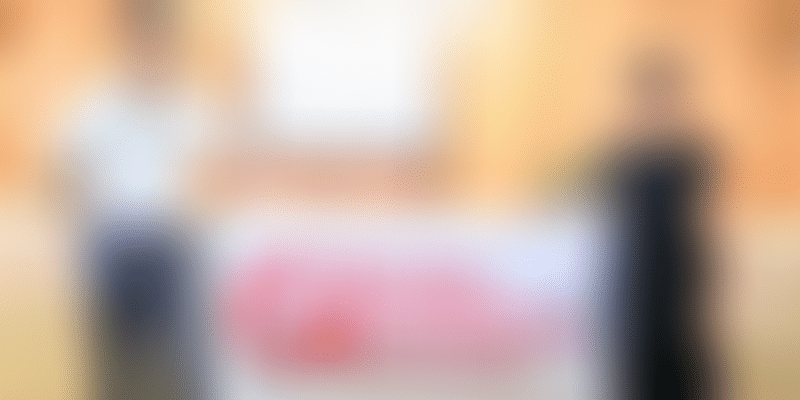 The Global Governance Initiative hopes to create a youth revolution in public policy participation by providing the right tools and guidance to aspiring leaders.

India is the world’s largest democracy, and leaders and elected public representatives have been taking crucial decisions for all citizens since we attained Independence.

But beneficiaries are often not consulted while deciding on certain projects or welfare schemes. And though the youth are motivated to contribute to the growth of the nation, candidates are unable to contribute productively due to limited opportunities, lack of skills, and not having correct mentorship and guidance.

Global Governance Initiative (GGI) was started by Shatakshi Sharma (27) and Naman Shrivastava (27) in July 2018 in Delhi to bridge this gap and bring youth in line with the government’s policy making.

The initiative provides masterclasses to the youth in practical policy making, ranging from healthcare, education, and investments.

“We are conducting nation-wide masterclass programmes, and the top 5-10 percent of our class is also provided with employment opportunities by collaborators in the segment so both skills and employment are met,” Shatakshi says.

Naman and Shatakshi thought of founding GGI at a time when they both secured strategic advisor positions with the Government of India in 2016.

The duo realised the current scenario where the youth in our country were extremely keen on securing better positions. For example, it was reported that in 2017 alone, about 12 lakh candidates registered for the UPSC examination for the 800 seats available to secure a position in the Indian Administrative Services (IAS).

The founders felt that with the right information and awareness, others like them, mostly youth, could also pursue jobs in public policy, and hence founded GGI in 2018.

The very same year the initiative was founded, Shatakshi joined the Indian School of Business (ISB) Hyderabad. In 2019, Naman too took the jump and enrolled himself at the Fletcher School of Law and Diplomacy, Tufts University, Boston. However, both of them continued to run GGI while pursuing their masters programmes.

“We provide two-day masterclasses in different cities. Instead of the youth coming to us, we go to them rather than calling all the talent to one location,” says Shatakshi.

Naman and Shatakshi bootstrapped their initiative.

What the course entails

The inaugural masterclass was first held in New Delhi with the support of the policy school of ISB - Bharti Institute of Public Policy.

Masterclasses are one of the core components that GGI provides. They are affordable keeping in mind the financial constraints of youth below 28. The two-day programme is designed to go to cities across India and educate the youth.

“Our programmes are taught by former and current consultants to the Indian government who have studied at international institutes like ISB, INSEAD, Fletcher, Yale, and have solved real problems first hand,” Shatakshi says.

After brainstorming, they came to realise they needed to decide on one option, and not both.

“We decided to go back to the basics. We came to the conclusion that when the world is moving towards the Internet, we wish to be in a real setting as much as possible,” notes Shatakshi.

They felt the most learning happened once the delegates were in a simulated classroom experience, finding answers by themselves, and learning from their cohort.

“Thus, keeping our focus laser-tight and not getting distracted with so many opportunities and white spaces out there has been the most important and consistent challenge for us,” Shatakshi says.

While Shatakshi has conducted masterclasses in Boston, Naman, on the other hand, has been instrumental in conducting master classes back home, in India. And the founder duo believes the impact has been quite significant.

“We have upskilled 500 delegates at various masterclasses ranging from St. Stephens College, to IIFT New Delhi, and provided 11 selected delegates with jobs through our collaboration with Bharti Institute of Public Policy, ISB, and Quality Council of India, Ministry of Commerce,” Shatakshi says.

According to the founders, the biggest impact GGI has had is that delegates now believe they have realised their dream of working on government initiatives.

Aditya, who worked as a volunteer with GGI Fellow with BIPP, says,

"Being an economics student, you know that public policy is a sphere that can be widely explored. But the problem is that this sphere is not very visible to the public. GGI is one platform where you not only get to know about this in detail, but just fall in love with the idea of public policy.”

According to the founders, the shift in mindset is the most critical change they have witnessed as they moved towards creating a youth revolution in public policy participation in India.

“The thought process has moved from being fixated on UPSC to now believing that even 24-year-olds can move the needle, just as Naman and I were able to do as strategic consultants to the government,” Shatakshi says.

A few other initiatives working on public policy in our country include the Vision India Foundation - Modern Nation Building Movement in New Delhi, and the Takshashila Institution, Bengaluru.

Speaking of GGI’s future plans, Shatakshi says, “We would definitely like to expand and go to cities like Mumbai, Bengaluru, Chennai, and Kolkata where we can bring together 5,000 delegates and provide 100 more jobs in the coming years.”

Further, the initiative hopes to collaborate with more policy institutions and organisations for knowledge and employment.

“Currently, the revenue that is coming in to GGI has been quite healthy - be it the inflow or the outflow. We are quite happy with the results and want to keep it this way for now, but we are definitely open to investors in the future,” Shatakshi says.