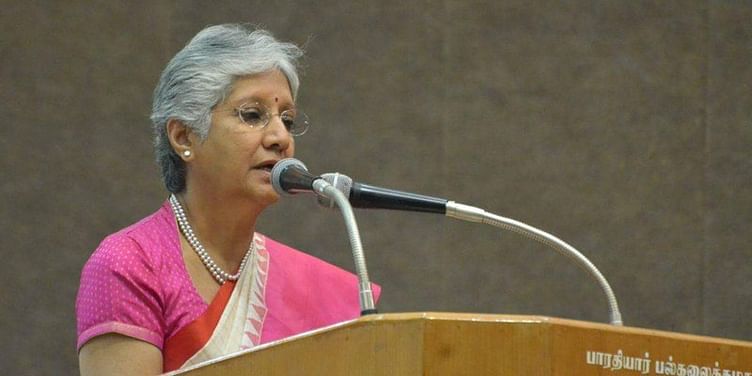 A non-profit organisation in Coimbatore, Siruthuli has successfully restored 26 local waterbodies and created reservoirs that can hold up to seven million cubic metres of water and has constructed over 700 rainwater harvesting structures to date.

Water scarcity is among the main problems to be faced by many societies in the coming years. While it is both a natural and a human-made phenomenon, too much water is also being wasted, polluted, and not managed sustainably.

Despite realising the water problem plaguing our country every year due to climate change, people are not doing enough to conserve this natural resource.

But organisations like Coimbatore-based Siruthuli are doing their bit to save our environment.

Siruthuli (in Tamil – “a tiny drop of water”) has been working tirelessly to restore the freshwater levels of Coimbatore for the past fifteen years.

It has so far successfully restored 26 local water bodies in Coimbatore, and has created reservoirs that can hold up to 7 million cubic metres of water. It has also constructed over 700 rainwater harvesting structures till date, reports India Today.

Apart from this, the organisation has also ventured into other projects like Green Guard, (afforestation), Waste Wise (waste management), and Spread the Word (environmental awareness).

The idea to work towards conserving natural resources started in 2003 when Coimbatore faced one of the worst floods ever.

The organisation’s first project was desilting the 125-acre wide Krishnampathy Lake. Nearly 50 acres of the lake were taken over by illegal encroachments. In just two days, Siruthuli de-silted the lake area. Soon after, the dried-up reservoir and interconnected borewells filled up to the brim after two days of rainfall.

Speaking to Efforts For Good, Vanitha Mohan, the Managing Trustee of Siruthuli, said,

“The citizens were overjoyed because they had never seen so much water in Coimbatore. There was no concept of rainwater harvesting till then. They were amazed to see such a huge amount of water in a single water body with their own eyes. They were voluntarily offering to participate in this project.”

This 59-year-old bus driver is on a green drive, maintains a mini garden in his bus

However, this was just the beginning. The organisation later reached out to schools and colleges and encouraged them to be a part of its projects.

Next, Siruthuli organised the Noyyal Yatra awareness walk, which had one lakh participants who worked together to save and rejuvenate river Noyyal.

With a team of twelve people in the core team, Siruthuli manages all their activities, and has dedicated volunteers and part-time interns.

For now, Siruthuli is planning the complete the restoration of river Noyyal, increasing the catchment areas of all water bodies, revive the river basins, and create a green cover for the city.

Siruthuli was also awarded the Best River-Cleaning Initiative for its work to rehabilitate water bodies around Coimbatore, and its initiative to restore the Noyyal river.