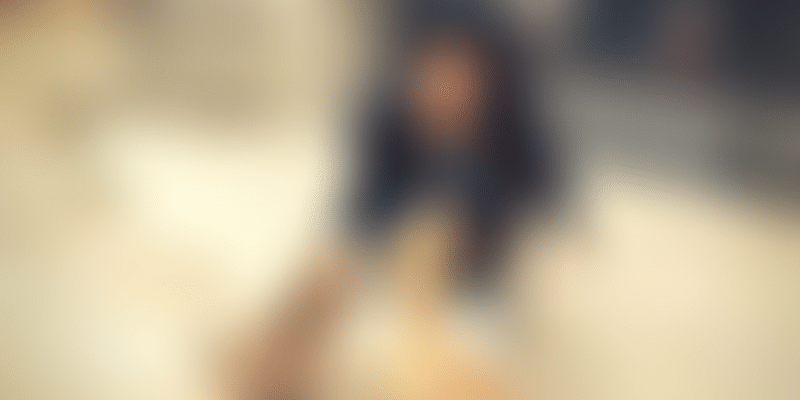 Fourteen-year-old Chandini Grover from Bhopal runs an animal shelter and advocates for compassion towards animals everywhere.

When 14-year-old Chandini Grover witnessed the tragic death of her four-legged friend, a puppy she used to feed, the horrific sight of a speeding car hitting the puppy broke her. However, she did not let the incident bring her down. Instead, she turned the sorrow into something positive. She decided that everyone, especially defenceless animals, deserve to be treated with kindness and empathy. A year later, Chandini’s message – “Kindness: The Universal Language of Love” – her organisation, is reaching far and wide.

“I want to see a world where every animal is treated with love and kindness. This is only possible if we are empathetic towards their plight. If people could begin to understand how much these beautiful animals have to suffer, they would definitely help them,” she says.

Chandini started her venture by building a shelter home for stray dogs in Bhopal. Her passion for animals helped her attract a team of volunteers, including Anil Sharma, a veterinarian who offered his services for free. Together with her team and initial support from her parents, she organised drives which included vaccination, sterilisation, deworming, and providing stray animals with food and water. Soon, her entire community began to take part in these drives as well.

Incidentally, Bhopal has had a problem with stray dogs attacking residents. However, Chandini believes, a large part of the problem lies in how these dogs are often treated. They are even starved for days. Her initiative does not just help the dogs but also makes them more docile and friendly.

Kindness - The universal language of love

A few months into her venture, Chandini was struck with another realisation. She believed the root cause for the cruelty the strays face, was from the lack of empathy among citizens. This prompted her to evolve her mission. Her organisation aims to change society’s attitude towards stray animals by educating and sensitising people. At present, her team of volunteers feeds over 70 strays per day. She has also inspired similar drives across Bhopal, and many people are now stepping up to help her cause.

Recently, Chandini was selected to be a part of Ashoka’s “Everyone A Changemaker” initiative. This platform provided her with a network of like-minded individuals that support and encourage her endeavour.

“I believe everyone, no matter how young, has the potential to bring about change. We should not let anything stop us from helping those in need. Not our gender, race, religion, and definitely not our age.”

Chandini wants to expand her venture and reach out to different companies and local governments, to embrace protecting animal rights as part of their social responsibility. She also wants her message of empathy to reach far and wide to create a universal environment of love and kindness.

Part of our job is to be provocative to grab people’s attention: PETA Founder and animal rights activist Ingrid Newkirk