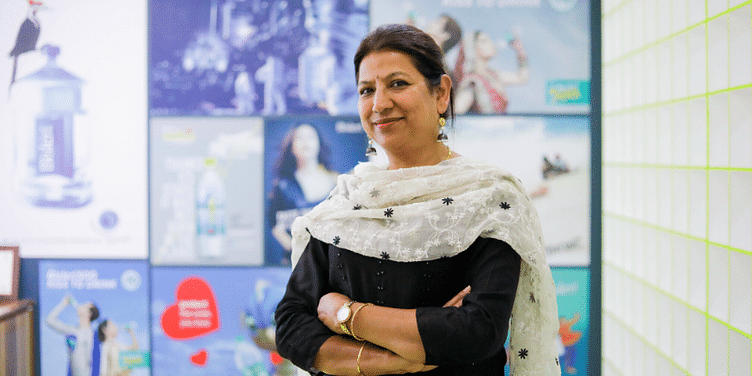 ‘Bottles for Change’, launched in 2017 by Bisleri, is changing the way Indians view plastic consumption and disposal. Under the initiative, it collects plastic waste and converts it into usable products such as fabric, handbags, window blinds, and benches.

According to a September 2017 report by the Central Pollution Control Board (CPCB), which collated data from 60 major cities in India, the country generates around 25,940 tonnes of plastic waste a day.

The main reasons for this enormous amount of plastic generation in India are rapid urbanisation, spread of retail chains, and plastic packaging for a dizzying array of products, from grocery, food, and vegetable products, to cosmetics and consumer items.

According to a Down to Earth report, the plastic processing industry in 2018 had estimated polymer consumption was likely to grow at 10.4 percent between 2017 and 2022, with nearly half of the consumption amounting to single-use plastic.

In order to create change around plastic consumption and recycling, Bisleri-backed initiative ‘Bottles for Change’ is attempting to spread awareness about plastic usage and disposal in a number of innovative ways since the past couple of years.

What does Bottles for Change do?

‘Bottles for Change’, an initiative launched by Bisleri in 2017, is changing the way the Indian citizen looks at plastic. It aims to create awareness and educate citizens about the importance of recycling plastic.

According to Anjana Ghosh, Director of Marketing and OSR, Bisleri International, the idea behind the initiative is to "be the change you want to see" and to lead by example by disposing and recycling plastic responsibly.

“By doing this, we ensure that plastic doesn’t end up in the seas, oceans, rivers, drains, etc. This will ultimately lead to a cleaner environment.,” says Anjana Ghosh, Director of Marketing and OSR, Bisleri International.

Plastic for a cause

Bisleri has partnered with Mumbai-based NGO Parisar Bhagni Vikas Sangh (PBVS), Sampurna Earth, a social enterprise and market leader in the waste management segment, as well as Dalmia Polypro Industries Ltd. The last is a leading recycler of post-consumer waste in India associated with the plastic agents /kabadiwala groups in Mumbai.

The plastic collected by ‘Bottles for Change’ is crushed into fine flakes, which are then used to create products such as fabric, handbags, window blinds, and other useful products. Since its inception, Bisleri solely funds the project internally.

Anjana says that it has been the company’s endeavour since 1990 to ensure that the plastic it uses does not go into landfills.

“Awareness sessions and workshops on the potentials of plastic recycling were conducted way before legislation mandates came into existence. We were the first organisation to install a plastic recycling machine in India in 1999, bought from a Japanese company, Harai, at a price of Rs 1 crore,” she adds.

Bottles for Change follows a four-step approach to make citizens more aware about the importance of recycling plastic and to create a habitual change.

First, the team goes about educating citizens and informing them about the different methods and ways by which one can effectively dispose of plastic items.

Second, they create a ‘channel’ whereby plastic agents can collect plastic (both hard and soft) waste from various stakeholders.

Thirdly, they make sure that plastic is segregated by type, before sending it off for recycling.

Finally, they provide plastic-collection agents with effective tools to recycle plastic and also provide a non-hazardous and hygienic working environment for them.

“It’s our small habit of cleaning and segregating plastic from other waste which will create a major impact. We want citizens to see plastic as a valuable resource just like newspapers. A small habit change of not littering plastic and disposing it correctly can channelise it directly to recyclers. This would give your used plastic an afterlife and will eventually produce a new product. Also, this process will decrease the disposal of used plastic in landfills and help with a cleaner environment,” Anjana says.

Last month, Bottles for Change installed three benches made entirely of recycled, multilayer plastic material such as wrappers, soft plastics, and packets at Church Gate station and one in Santa Cruz Railway Colony in Mumbai.

The benches, quite sturdy, are designed to be placed both indoors and outdoors. They are equivalent to any public-use wooden bench and are weather-proof as well.

“These recycled plastic benches by Bottles for Change are made from post-consumer mix plastics, i.e. MLP, plastic bags/pouches, and other soft plastics,” Anjana explains.

Speaking about how the idea of building the plastic benches came about, Anjana says,

“It’s about seeing and believing. When we see a live example of what recycling can do to used plastic, it automatically changes your perception of looking at it as waste. We want to spread awareness among people about plastic recycling and its potential in our country.”

Speaking about the process that goes into making these benches, she explains that the plastic is first shred into small pieces. The shredded pieces are kept in a tray with the required thickness. This tray is then put into an oven and heated to a particular temperature. Later, the plastic is compressed and cooled to form a homogenised board.

“The 8x4 feet board is then cut in a CNC machine into desired sizes and shapes, and the bench is assembled. Approximately 40 to 50 kg of soft plastic goes into the making of one bench. As it is made of plastic, it is waterproof and ideal for outdoor locations,” she adds.

A viable network for plastic disposal

Bottles for Change also introduced a mobile app for Mumbai in 2019, which aims to bring the city’s citizens, plastic-collecting agents/kabadiwalas, and NGOs under one roof.

The app, which is currently available on Android, has already been downloaded by 5000+ people across Mumbai.

Making a difference to society

So far, Bottles for Change has recycled over 5,000 tonnes of plastic and reached 500,000 individuals and 300,000 students. Over 600 housing societies have enrolled on the platform, and the startup has also engaged with over 300 corporate hotels to manage their plastic waste.

Speaking about the initiative’s impact to date, Anjana says,

“Our efforts to raise awareness and change the perception about plastic have helped us in creating a positive change in the society. The recycled bench has been appreciated as a sustainable alternative for natural resources like wood, steel, and iron.”

The Bisleri executive further notes that Bottles for Change’s efforts to spread awareness on the correct disposal of clean plastic have helped create habitual changes among citizens. “Initially, people were not aware about the correct disposal of plastic; now they are, due to the awareness sessions conducted by the team at different schools, colleges, corporate offices, housing societies, etc,” she adds.

Tejaswini Hulsukar, a Mumbai citizen who considers herself a beneficiary of the initiative, says,

"When I came across this particular bench, initially I thought it was one of those regular benches we see at parks in Mumbai. But, after seeing the Bottles for Change signage on it, out of curiosity, I happened to check the website and got to know about this wonderful initiative that Bisleri introduced a year ago.”

She notes that the website has garnered the attention and support of lakhs of individuals contributing to the initiative by giving away their plastic for recycling into useful products.

“Knowing that this bench is made up of 50 kg of recycled plastic that we use in our day-to-day life is unbelievable. By looking at the engagement, I thought of actively lending my support to this initiative, and have taken my first step by downloading the mobile app by Bottles for Change. I am proud to be a part of this initiative,” Tejaswini says.

The team now plans to take its operations to other cities in the near future.

“Bottle for Change, as an initiative by Bisleri, is currently active only in Mumbai. We are working towards expanding to Delhi, Bangalore, and Chennai,” says Anjana, signing off.