This trust led by a 26-year-old has rehabilitated and counselled over 4,000 beggars across Tamil Nadu 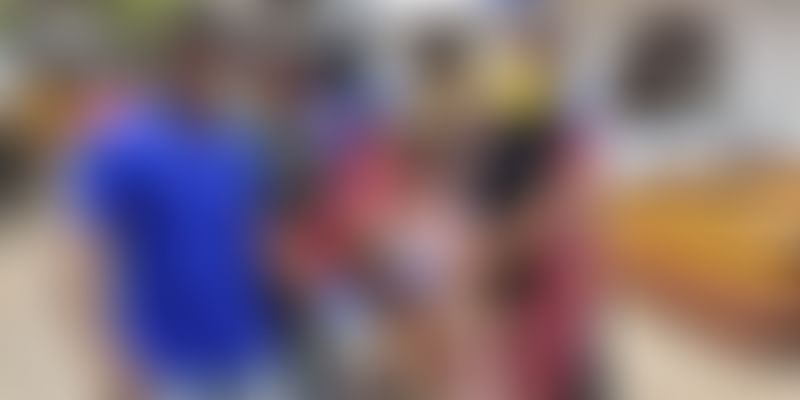 Naveen Kumar, a 26-year-old Assistant Professor at JKKN College of Engineering and Technology, Komarapalayam, leads the Atchayam Trust, which has over 400 volunteers and is now present in around 18 districts across Tamil Nadu.

Beggars are very common on Indian streets and public places. Often, when approached by one, we do one of two thing – ignore them or give them some money so that they leave us alone. But, this doesn’t solve the problem of their situation and India’s rising number of poor. And that’s what Naveen Kumar, 26, Founder of Atchayam Trust, thinks too.

Since 2014, Naveen’s trust has successfully counselled over 4,300 beggars and rehabilitated 424 of them. In 2019 alone, he helped rehabilitate 104 beggars.

The trust has a presence across 18 districts in Tamil Nadu and is run by more than 400 volunteers.

"My main motto is to create a beggar-free India. To achieve this, the first step is to not encourage beggars by giving money. Rather, people should offer them employment opportunities, food, clothes and get them into a home for social security.”

Naveen, an Assistant Professor at JKKN College of Engineering and Technology, Komarapalayam, manages his full-time job at the college and looks after the trust as well.

For him, providing beggars with a new chance of life is the main priority. Coming from an impoverished background himself, he understands the struggles needed to make ends meet.

Naveen decided to try to change the lives of beggars after he discovered that a beggar had bought alcohol with the money he had been given. To challenge the status quo of beggary in India, Naveen started reading books by APJ Abdul Kalam and Swami Vivekananda.

To Deccan Chronicle, he said,

“I started to see elderly people roaming aimlessly in the streets and I wanted to do something for them. But pointing to the economic condition of my family, people asked me to concentrate on my studies rather than wasting time trying to reform others. This hurt me and the urge to change their lives got stuck inside my head.”

Naveen’s first rehabilitation project was to empower 60-year-old Rajasekar, who lost his family in a car accident and lost all his IDs too. It wasn’t an easy task to get him a job without an ID, but Naveen found a watchman’s role for him at a children’s home with the help of a friend.

Since then, Naveen has helped many by distributing clothes, cleaning kits, food, and medical care to the people.

The trust offers baths, haircuts or shaves, which is done by the nursing team. After, they are categorised into 19 categories, based on which every beggar is sent to an old-age home or a rehabilitation centre.

"It requires Rs 8,000 to 10,000 to rehabilitate a single beggar. Each home has its own criteria to admit beggars. For instance, a mentally challenged beggar can only be admitted to a home for the mentally challenged. To find the right home creates a lot of travel expense”, Naveen told The Logical Indian.