Shayna EcoUnified founded by Paras Saluja and Sandeep Nagpal partners with scrap dealers and NGOs to procure plastic waste, which is then used to produce tiles.

Waste management in India has been a critical issue for many years now. Most of these wastes are either organic or solid, like plastic waste. Organic waste can still be managed and disposed of but plastic waste is a huge problem that needs to be tackled constantly.

There are various initiatives run by individuals and organisations, whose aim is to battle the plastic menace in different ways.

Based out of Delhi, Shayna EcoUnified India is one such organisation that has used 340 tonnes of plastic waste to make 11 lakh colourful tiles since its inception.

Speaking to The Logical Indian about his tiles, founder, Paras Saluja, said,

“All our tiles are anti-static, antimicrobial, antibacterial with a heating capacity up to 140-degree Celsius and can be cooled down to -25 degrees Celsius.”

Also, each tile has the capability of bearing 20 and 40 tonnes and can last for 50 years.

It all began in 2015 when Paras had gone to the Everest base camp and noticed how plastic waste had choked the surroundings. It was a call for Paras to take matters into his own hands. He discovered an innovative solution during a trip to Vietnam, where he saw how cities are maintained.

Once he returned to India, Paras, a commerce graduate studied extensively about polymers, chemicals and also met experts to get a better understanding of how he help solve the problem of plastic pollution.

The same year, started Shayna EcoUnified India along with his friend, Sandeep Nagpal with an initial amount of Rs 80 lakh. Soon after, the inception, the startup partnered with scrap dealers, and NGOs to procure segregated plastic waste.

“Though there are accolades and appreciation from different quarters, the demand is insignificant. People tell me, 'the tiles are made of scrap’. We can build a house only once in a lifetime and we want to use marble and ceramics.”

In 2018, the Greater Hyderabad Municipal Corporation (GHMC), built the city’s first dog park for which the tiles were sourced from the startup. So far, the tiles have been used by big brands like L’Oreal, International, Tata Motors – Jamshedpur, and also recently won a tender from Gurugram’s Municipal Corporation.

"Everybody complains that there is too much plastic waste. I have at least recycled 50,000 kg of plastic waste. This is the process, thinking, and strategy that our country is getting cleaned while I earn my bread and butter,” reports CNBC TV 18. 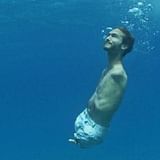 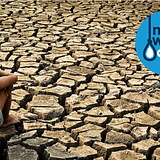 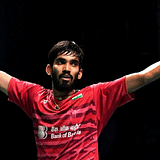