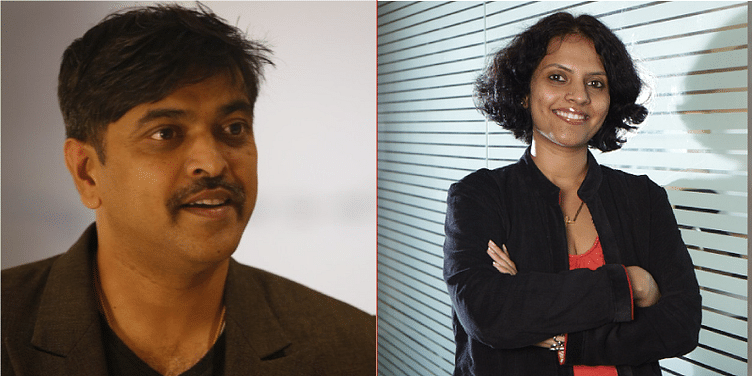 Shivananda Koteshwar and Smitha Hemmigae started Belakoo Education Trust in 2017 to reach out to underprivileged children from rural areas in Mandya, Karnataka.

Located amid sparsely vegetated fields, interspersed with hills on one side and red clayey loams on the other, is Belakoo Education Trust, a supplementary learning centre for children. If you ever happen to walk into the village of Hangrapura in Mandya district of Karnataka, it is likely that you will hear about the place.

“When we went to villages in Mandya, we realised that most children belonged to impoverished backgrounds and despite studying in a high school, did not know basic English. Many used to drop out after Clas 10 or 12. The root cause was lack of exposure. So, Smitha Hemmigae and I decided to intervene and start a supplementary education system in the area,” Shivananda Koteshwar, Founder, Belakoo Education Trust, tells SocialStory.

Belakoo runs interventions focused on various aspects, ranging from soft skills, public speaking, hygiene, and grooming, to behaviour management. This is not all. Children are trained in foundational subjects - Science, Technology, Engineering, Arts, and Mathematics (STEAM) to inculcate the spirit of guided inquiry and analytical thinking.

It has been a little more than two years since its inception and Belakoo today is creating a positive impact in the lives of more than 105 children.

Established in 2017 by Shivananda Koteshwar (commonly known as Shivoo) and Smitha Hemmigae, Belakoo caters to underprivileged children from rural schools in and around the town of Malvalli.

Though Shivoo’s career revolves around the fields of design engineering, Internet of Things (IoT), and mobile and wireless communication, he has been closely associated with educational services. Not only has he taught at various institutions in Bengaluru, but he also served as the Director of Amaatra Academy, a CBSE school affiliated to PES University.

Smitha, on the other hand, heads the marketing team at ThoughtWorks, a global software consultancy firm.

Education City stands tall in Dantewada, a district once engulfed by Maoist violence

It all started when Shivoo and Smitha met at IIM-Bengaluru’s alumni leadership conclave in in 2015.

“The conclave had a panel discussion with tech czars Azim Premji and Kiran Mazumdar Shaw. They spoke about the culture of philanthropy in India and the significance of individual contributions, I got introduced to Smitha through my colleague Srikant after the event and we shared quite a few common views. Both of us were of the opinion that a lot of people who happen to be involved in giving back to their communities do not get the recognition they deserve. So, we decided to launch a platform to write about such unsung personalities and shed light on their social work,” Shivoo recalls .

Very soon, the duo floated a website ‘Your Philanthropy Story’ to celebrate philanthropic heroes. A few months later, this collaboration got protracted into forming the Belakoo Educational Trust when Shivoo visited his farmland at Hangrapura and found that children in the village did not have access to basic educational opportunities.

Shivoo and Smitha then conceptualised the idea of building a supplemental education centre to address the issue. Since Shivoo’s farmland seemed like the most convenient place, they pooled in Rs 80 lakh from their personal funds to construct the centre.

“The initial phase was quite difficult for us. To get children attend our sessions, we had to gain the confidence of their parents. Another challenge was getting volunteers who could travel to the village and teach over the weekend. But, we managed to overcome these hiccups. We started with 20 students and we now have 105,” Shivoo says .

Towards better education: this crowdfunding initiative is empowering teachers to make a difference

Belakoo in Kannada means ‘light’. Shivoo says Belakoo Education Trust aims to serve the same purpose as that of light by enabling children to become self-aware and skilled. The trust’s programme has been designed in such a way that it incorporates experiential learning in all the classes.

All the rural children who enroll from nearby schools are divided into groups based on their age and level of learning. Thereafter, volunteers drop by every Sunday between 8.30 am to 1.30 pm to teach.

“We have well-defined learning objectives for each subject; most of the syllabus is taught by integrating games, activities, and stories. This engages children, and also creates a better understanding and stimulates them to think creatively,” Shivoo says .

Apart from holding Sunday sessions free of cost, Belakoo sponsors food, books and other stationery required for children. The trust’s major source of funds is from individual donations.

Characterised by bright displays and well-defined learning spaces, the place is known to have a distinct atmosphere in itself.

Dinesh Patil, who has been teaching English at Belakoo almost every Sunday for the last one year, says he has seen a positive change in the learning curve of children.

“When I first stepped in, children below Class 5 did not even know alphabets. However, today, all of them know how to form grammatically correct sentences and communicate. Apart from knowledge, they have imbibed good qualities and habits, whether it is to do with discipline, honesty, or hygiene,” he says.

Shivoo has expansion plans for the future.

“We are looking to replicate the same model in North Bengaluru to cater to children studying in government schools. We are keen on expanding our reach and hence, are keeping an eye out to tie up with schools near our centre to conduct education sessions within their campus,” Shivoo says.