Education City stands tall in Dantewada, a district once engulfed by Maoist violence 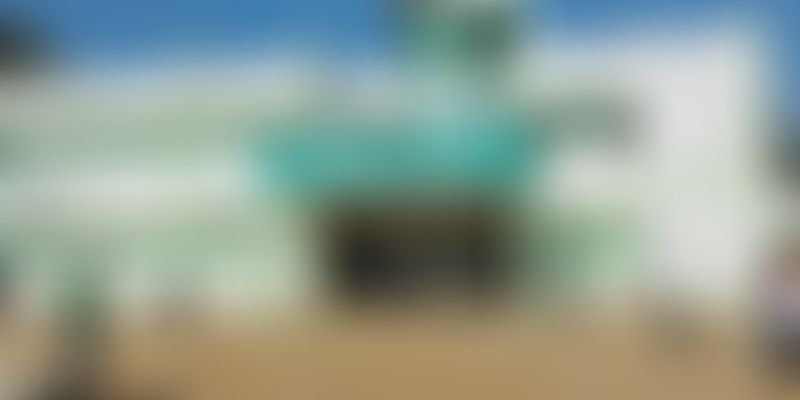 In 2011, after years of Maoist violence, seeds of education were planted in Dantewada, and now flourishes a giant tree 'Education City', standing tall even on global maps.

Salwa Judum was a revolutionary movement in Chhattisgarh. As part of it, from 2005 to 2011, 4,000 activists comprising the tribal youth of Dantewada were given weapons, fire power, and a monthly stipend of Rs 1,500 to fight Maoists. To bring this section of the Red Corridor back under its control, the state government of Chhattisgarh gave training and authority to these fighters. Needless to say, with civilians getting control of weaponry, the situation became terrible and around 11,000 child soldiers were recruited as part of the movement.

It arrived at a point where Maoists could not identify between Judum volunteers and innocent civilians. Judum activists, if at all caught by the Maoists, were used as human shields when police forces attacked them. The extremists would attack the innocents without any mercy and Dantewada made national headlines for bloodshed and brutality. More than one lakh civilians in Dantewada and the adjacent district of Bastar, stuck in the uncertainty and horror, eventually had to migrate.

In this process, along with basic human livelihood getting badly affected, children's education also suffered, thanks to guns and violence. While several collectors came and left the district after their tenures, the one thing they ensured was to keep building schools for basic education. Naxals used these schools as protecting barracks and shelters during shootouts. In 2011 alone, 200 schools were destroyed in Bastar and Dantewada district.

With a series of Human Rights violations and the situation going totally out of control, the apex court of India came to the rescue and banned Salwa Judum in 2011.

But the government was keen on solving the education problem and started building schools. It set up schools out of bamboo and ply, instead of bricks, cement and concrete, making it easier to displace them if needed. Barbed wires and mesh surrounded the school premises all around, in order to protect the children. Since these are portable cabins made of bamboo and ply, the government took to calling them 'Pota cabins'.

With Pota Cabins catering to limited educational needs, in 2011, the-then district collector of Dantewada Om Prakash Chaudhary stepped into action and spearheaded a revolutionary initiative. Spread over an area of 150 acres and with a budget of Rs 100 crore, 'Education City' was erected in Dantewada in 2011. Once the Indian district with the lowest literacy rate at 42 percent, today Dantewada thrives with progressive education, discipline, and hope. Education City also caters to children that come from the underprivileged sections of Dantewada and the surrounding villages, giving them education free-of-cost. On the International Day of Persons with Disability on December 3, YourStory visited Dantewada.

Education City stands a class apart when it comes to infrastructure and facilities. 'Aastha', a boarding school, is home to 800 children, a few of whose parents were killed in the Naxal violence. 'Saksham' is the institute that is home to children with disabilities. It has equipment and facilities that support children who are visually impaired and have speech and hearing disability. The faculty are also trained accordingly so that the children are never low on confidence and self-esteem. They are encouraged to participate in all kinds of cultural activities, sports and provisions are made by the district administration to cater to their educational needs, even after 12th grade. Professional training is given to them to keep them ready to take on the real world.

Apart from Saksham and Aastha, Education City has 13 different institutions which include an engineering college, an Industrial Training Institute, a special school for tribal girls, a Kasturba Gandhi Vidyalaya, and a sports school. KPMG, a global giant in auditing, has put Dantewada's Education City in the list of top 100 urban infrastructure projects in the world.

The credit for the rise in student enrolments has to be given to the district collectors of Dantewada who served their terms since 2011, and the district administration as an entirety. These officials have been proactive in making education highly accessible to the children. Their efforts have included accompanying the teachers as they approach the people living in the tribal villages to convince them to send their children to schools.

Recognising education as the root to knowledge, wisdom and progress of the country, the district collectors and the teachers have put in tremendous efforts to make it of paramount importance in Dantewada, spreading hope and inspiration all across the country.