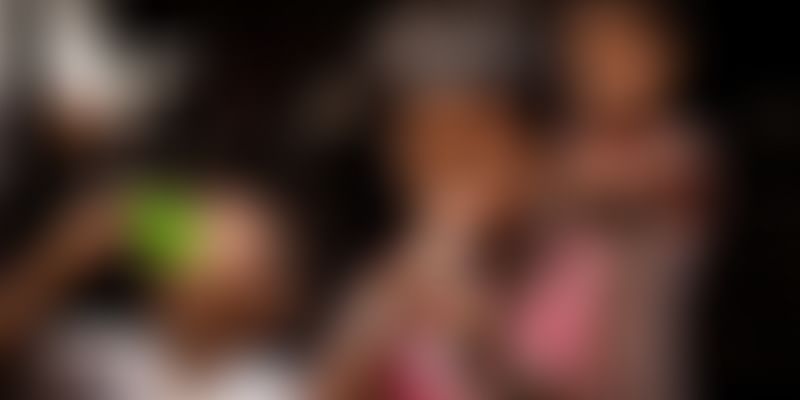 At a time when people are more worried about dying due to hunger than coronavirus, these three Bengaluru youth are ensuring milk supply to the vulnerable sections of the society.

The lockdown due to the ongoing coronavirus pandemic has affected the lives of people in many ways, irrespective of their social status. Migrant workers are stranded with no jobs and are struggling to return home, and thousands of poor people residing in cities are lining up for food to keep hunger at bay.

While the Centre and state governments are trying their best to supply essentials to the poor, milk, which is the most basic source of nutrition for kids, is being left out.

Realising the importance of supplying milk to the poor during the pandemic, three cousins from Bengaluru - Zeeshan Javid (27), Zufishan Pasha (23), and Shehzar Sheriff (23) started Mission Milk in April. The Bengaluru-based entrepreneurs got along with a team of volunteers, and are distributing nearly 500 litres of milk a day in the city.

Ever since the lockdown started, their family members have involved themselves in the distribution of ration kits, medicines, and other essential items to the poor. According to the trio, this became a driving force to do more.

“We came to realise that milk is an essential commodity, but since it is perishable, it wasn’t included in the ration kits,” Zeeshan tells SocialStory.

“Also, we saw that people were not receiving adequate supply of milk in the slum areas. Through Mission Milk, we have been distributing milk to different areas for about 45 days now, and plan to continue if things pan out,” he adds.

Initially, they started distributing about 60 litres of milk every day. “Our friends and family recognised our efforts, which in turn encouraged us to do more,” says Zeeshan. “Thus, through a trial and error process of finding a solution, we moved beyond Hegde Nagar.”

The cousin brothers started following a few simple steps to ensure steady milk supply. First, a location was identified and was surveyed by the team, taking into account the number of residents, especially children. Then, they approached the nearest Nandini dairy parlour, which is a product of Karnataka Milk Federation (KMF), and obtained the best price for the volume, and collected the bank details of the owner.

Next, the details of milk collecting volunteers were given to the dairy owner. The volunteers were asked to pick up fresh milk at 10.30 AM or 2.30 PM every day, as per their schedule, as it had to go out fresh with only 2-3 hours before it goes bad.

The trio also ensured volunteers followed all safety precautions such as wearing gloves and masks while distributing the milk.

“The reason for choosing local volunteers is for them to create a relationship with the residents and assure them with their trust, thereby making them what we call Milk Angels,” says Zeeshan.

As of today, the team has supplied more than 16,800 litres of milk to the poor, and has targetted different areas in the city, and is trying to cover as many areas as possible.

“Any area we take up, we make sure we provide milk on alternate days at least,” says Zeeshan. “Once we meet the requirements of one area, we take up another.”

Their efforts have also garnered a lot of support and positive reactions from those who have come across the initiative. Moreover, the team says the residents are filled with joy to see their milk angel every other day at their doorstep.

The team has also tied-up with crowdfunding platform Milaap to raise money, spread awareness about the initiative, and reach out to more people. The team said a minimum donation of Rs 375 can help five families for two days, and they aim to provide 150 families with milk every day.

“Our ultimate goal is to help people understand the plight of the underprivileged, especially in these trying times,” says Zeeshan. “We hope to create a sense of community as well as inspire others to take up similar charitable activities,” he adds.

The team also plans to tie up with KMF – Nandini to sustain its efforts and make it more regularised. Right now, the team is taking a week off to get more funds, but they plan to restart the distribution by the second week of June.

“We also plan to tie up with NGOs that are willing to help us monetarily or logistically as things might take a turn with the relaxation of the lockdown,” says Zeeshan.

“Because this is a sustained effort and it involves a lot of money, we plan to utilise the funds to prolong these efforts for a longer time by targetting the specific areas,” he adds.

World Mental Health Day: how corporates are ensuring the mental wellbeing of their employees