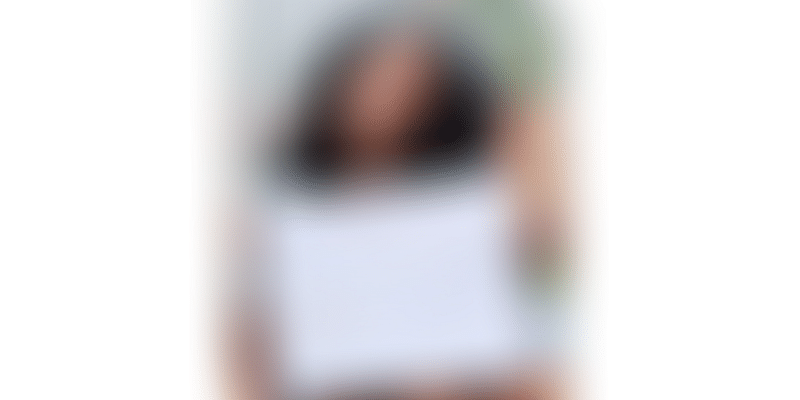 Twelve-year-old Ridhi has pioneered Project Care-ona to distribute ration to the needy and has managed to raise Rs 11.3 lakh so far.

The coronavirus pandemic has affected every segment of society in some way or the other. While there are many individuals and organisations coming forward to help the needy, here is an initiative spearheaded by a sixth grader from Hyderabad.

After witnessing the plight of the underprivileged people around her, 12-year-old Ridhi, a student of International School of Hyderabad, decided to raise money to help them with basic supplies under Project Care-ona.

Project Care-ona was started when the nationwide lockdown was announced on March 24. Its first on-ground distribution was conducted on April 02. This project is led by none other than young Ridhi.

Initially, Ridhi donated from her pocket money to the project. But to sustain it, she used the platform Milaap to raise funds. Project Care-ona is an online crowdfunding initiative. It has raised Rs 11.3 lakh so far.

Pandemic Heroes: This Bengaluru couple is distributing herbal tea to policemen for their health

Talking about her inspiration, Ridhi says,

“In my school, we have a service learning initiative. We are pushed into thinking about how we can help people.”

Ridhi says she first came across the plight of the downtrodden hit by the coronavirus pandemic after watching news coverage. She was moved by the plight of tens of thousands of people being affected by the nationwide lockdown.

Each food kit donated by Project Care-ona costs Rs 650 and includes five kg of rice, one kg lentils, one kg salt, 200 gm chilli powder, one litre of cooking oil, and two soap bars. Each kit caters to a family of four for at least a week.

On May 8, 500 more kits were distributed and 150 kits were donated on May 11 in the Gowdavally region of the city.

Ridhi also found support from the Cyberabad police, who helped her in identifying places where these kits were much needed, and also aided in their distribution.

“About 400 kits are yet to be distributed. We have identified places near Moinabad in the city. Distribution will happen this week,” says Ridhi.

Pandemic Heroes: Meet the Odisha mountaineer who turned vegetable vendor to help the elderly amid coronavirus

TEA Cares Foundation volunteers provide help in the form of packing and distribution of ration kits. The team at Project Care-ona is also working in tandem with other charity organisations such as Ekalavya Foundation and Sphoorti Foundation to carry out distribution work.

The project has made a significant impact and has managed to draw the attention of many media organisations across the country. Vice President of India, M Venkaiah Naidu, also took to Twitter to applaud the young girl for her proactive role in helping the needy.

Happy to learn that a 11-year-old Hyderabad girl, Ms. Ridhi has raised 6. 2 lakhs through crowd funding to provide food to the needy and less fortunate during the lockdown.
Her action is laudable and symbolises India’s core philosophy of share & care.https://t.co/WksmjCRq41

On a personal front, Ridhi’s hobbies range from gymnastics, baking, singing, dancing, acting, and other performing arts. She is an outspoken girl with a conscience and willpower that drives her to manifest her ideas.

“It is my mother who has pushed me into being the person I am today,” she tells SocialStory.