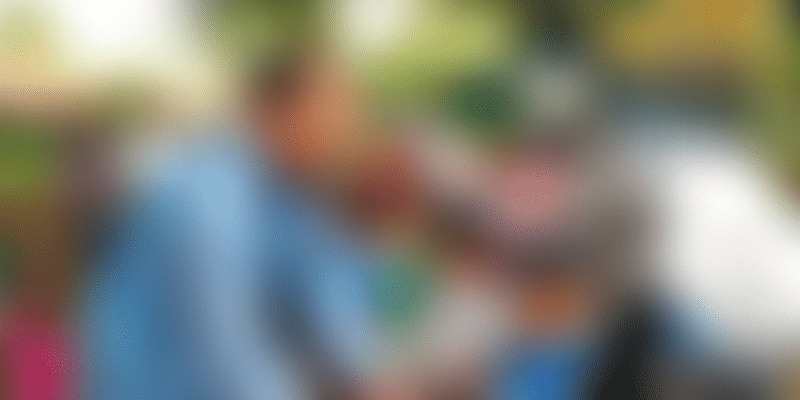 After serving his country at the battlefronts, Kargil veteran Mohan Raju, through his NGO Sree Kumari Geetha Memorial Charitable and Education Trust, now aims to help the underprivileged sections of the society.

India recently celebrated Kargil Vijay Diwas, commemorating 21 years of India’s victory on the territory in the UT of Jammu and Kashmir. Fought in the summers of 1999, about 527 Indian soldiers were martyred in the war. Those who stayed alive lived to tell the tale to this day.

“It was on a sudden notice that our regiment packed the arms and ammunition for Kargil. Within 24 hours, we headed for the Dras sector to face one of the most difficult times of our lives,” says ex-Army veteran Mohan Raju, recalling the intense conflict in 1999.

At present, the 57-year-old veteran is helping the underprivileged community after serving his country for many years at the battlefront. In fact, in memory of his daughter Geetha, Mohan has started Sree Kumari Geetha Memorial Charitable and Education Trust in 2011.

The charitable trust educates and empowers underprivileged children from urban slums in Bengaluru, and also serves the impoverished as a manner of social welfare.

It has adopted five government schools in Channapatna and has been taking care of all the needs of the students — from stationeries to uniforms. In fact, the NGO has completed the adoption of five more schools in the same area.

In conversation with SocialStory, Mohan Raju talks about his journey from being a Kargil veteran to a social worker, who has been proactive in such unprecedented times.

In 1999, India’s borders were infiltrated by Pakistani troops and terrorists, who positioned themselves at higher outposts in India, giving them an advantage.

“Near the Dras sector in Kargil, there was heavy firing, and our regiment was headed to that area,” says Mohan. “While we had the minelaying map laid out, the terrorists followed a completely different pattern to create confusion. To resolve this mine breaching issue, our regiment was deployed,” the army veteran adds.

Intending to recapture the peaks of Tiger Hill and Tololing, the minelaying had to be cleared. But, at the same time, there were a lot of casualties, and the Indian bunkers on the hills were captured.

“Our troops were facing a lot of shelling from the terrorist stationed at the peaks, but at the same time, the Air Force troops gave us cover fire, and we could speed up and clear the mines. Thanks to that, the Jat Regiment could move up to the peaks,” Mohan shares.

However, the veteran says that despite the victory, it was not a great situation since several Indian soldiers had to lose their lives in that war.

In 2003, Mohan took early retirement, on the grounds of compassion, to go back and live with his parents as he is the only son. In fact, in 2004, he joined the Air Force.

From a misfortune to a great cause

Living in Bengaluru with his wife and two daughters, things were going well for Mohan, until the time his younger daughter Geetha was diagnosed with a kidney disorder called Systemic Lupus Erythematosus (SLE) at the age of nine.

SLE or Lupus is a systemic autoimmune disease that can affect any part of the body. The course of the disease is completely unpredictable, and most often, it causes harm to the heart, lungs, blood vessels, liver, kidneys, joints, skin, and nervous system.

For about five years, Geetha fought hard with regular check-ups and medications and took on her problems with a smile. However, after spending her 15th birthday in the ICU, Geetha lost the battle to the disease on March 1, 2011.

In the memory of his daughter, Mohan turned to serve the underprivileged by starting his charitable trust. The NGO especially caters to the educational needs of the children belonging to the deprived section of society.

“Through the NGO, we provide essentials needed by children to keep up with their school life – books, stationeries, uniform, shoes, bags, drinking water, toilet facilities, along with subsidised loans for higher studies, hostel facilities for students, and healthcare assistance,” Mohan says.

Apart from education, the NGO also focusses on building clean and hygienic toilets for girls, since his daughter suffered from a possible urinary infection, which led to her fatal condition.

The NGO has built toilets in three villages around Channapatna. After surveying the number of girl children and the requirement for toilets, it plans to build more toilets at necessary locations.

Moreover, the NGO provides relief for sick, and to the deprived sections of the society. It also arranges for healthcare and hospital facilities for them.

“We have been taking care of the treatment of two Leukaemia patients for the last five years. Every 15th day, these children need blood as part of the treatment, followed by four days of rest. Their single mother was not in a position to earn on those four days as she was a daily wager. So we used to provide about Rs 4,000 for each of these children for their travel and medical expenses for those days,” Mohan says.

The charitable trust is funded by Air Force officers, friends, and families, who contribute generously to the cause. Some even do it as part of their tax exemption under section 80G of the Income Tax Act 1961.

Speaking about the relief work carried out by the NGO, Mohan says, “We have provided rations to more than 600 people, which included five kilos of rice, pulses, sugar, tea powder, sambhar powder, and cooking oil, among others, in the nearby villages. The residents of these villages had both north and south Indian labourers, whose incomes were severely impacted by the lockdown.”

For about a week, Mohan and his family distributed freshly prepared food to the settlements around the Doddabomasandra lake near Vidyaranyapura. Since these people received lunch and dinner from another source, Mohan made sure to provide breakfast to them.

“While most of the migrant workers had gone back to their hometowns, there were still some people stranded here and looking for jobs,” he says.

Mohan and his team even surveyed the areas to find elderly people who needed medicines to sustain their health. They helped over 50 individuals, who were surviving on their pension.

Coordinating with the headmaster of the schools in Channapatna, Mohan is also ensuring that the online classes are happening regularly. Since the number of COVID-19 cases is very high in the area, he has been working on this remotely.

While five schools have already been adopted, the other five still have some paperwork left to complete the adoption. Irrespective of that, the organisation has been aiding these schools as well.

“We have plans of extending our work in other areas in Karnataka like Tiptur and Chintamani. We also have plans to conduct women and child development programmes. But we currently have a problem with our funds. We are trying to do our best with what little we have at the moment. We are hoping that things will get better in the months to come,” Mohan says.