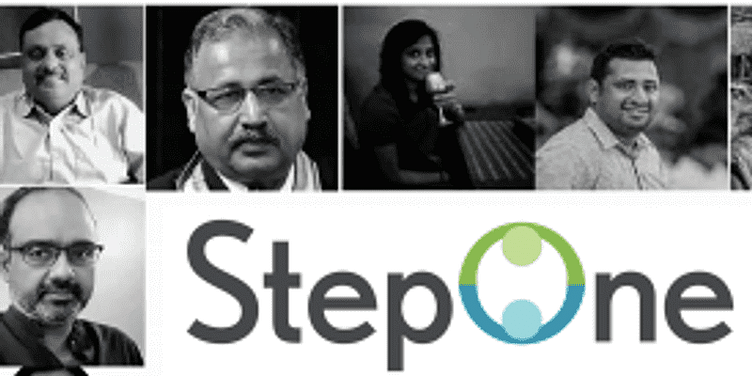 With a network of 10,000 volunteers and corporate sponsors across 22 states, this not-for-profit platform is creating access to quality healthcare using technology.

In a country with a population of over 1.3 billion and a patient to doctor ratio of 0.85 (WHO estimate), telemedicine can have a significant impact. A study by Market Research Future (MRFR) shows that the Indian telehealth market is expected to grow to $16,173.8 million, a growth rate of 22.74 percent between 2016 and 2024.

The outbreak of the COVID-19 pandemic saw an increased need for remote healthcare with hospitals becoming increasingly inaccessible. There was an urgent need to both contain the spread of the virus and assist people in need of physical and psychological care.

To fill this gap, a group of volunteers from a wide range of sectors — medical, technical, marketing, and operations — came together to form StepOne, a not-for-profit platform in June 2020.

Their mission was to blend technology and human resources to provide healthcare access to those who most needed it. By the first week of December 2020, the StepOne team had completed nine lakh teleconsultations, prevented five lakh contacts spreading the virus, and impacted the lives of five million citizens.

Healthcare 2020: Disruptions due to COVID-19, rise of telemedicine, and other key trends

Every journey begins with the first step

“In the initial stage, now may be termed as the ‘first wave,’ we have saved many lives in Delhi by just getting the ambulance to serious patients. Our doctors have called them, assessed that the patient is serious, sent the ambulance, and taken the patient to the hospital. A lot of patients with saturation 70 or 80 or 85 were caught well in time by our doctors. The Delhi Government also has to be thanked for this, they agreed to what we wanted to do, and allotted single points of contact who took care of what was needed,” says Dr Shuchin Bajaj, core team member of Project StepOne.

The plasma donor-recipient management programme is working towards #ZeroCovidDeath, where a team of doctors and citizen warriors work on both sides. The team reaches out to recovered COVID patients to create awareness about plasma donation. On receiving consent from patients, it guides them through the donation process.

Patients and their caregivers reach out to the network of volunteers through the Project StepOne helpline, partner hospitals and associations, or social media. In fact, the volunteers also work towards matching donor-recipients in the shortest time possible.

Saving lives, one call at a time

Its tele-triage process connects to a COVID-positive patient as per data on the Indian Council of Medical Research website, and if needed, a volunteer doctor assesses the patient and decides whether they should stay at home, go to a COVID care centre, a hospital, or get emergency support.

During the peak period of the pandemic in Bengaluru, the team received a call from a patient who had nearly recovered from the virus in 12 days. However, he soon developed severe diarrhoea and vomiting and was feeling extremely weak. Dr Poornima from the Project StepOne volunteer team attended to him at 8 pm the same day and recommended hospitalisation.

The citizen warrior team led by Sudhakara alerted the Bommanahalli ward and coordinated till 10 pm without any success. Meanwhile, the team of volunteer doctors kept a tab on the patient and kept him on oral rehydration solutions and fluid intake till late at night.

By 5 am, the volunteers finally managed to shift the patient — who was now weak and nearly non-responsive — to BGS hospital with emergency ambulance services, triaged by Dr Poornima again. It took five days for the patient to finally recover, following which, he reached out to the team to thank them for their timely intervention.

With the mantra of #WeSpreadFaster, Project StepOne’s citizen volunteers reach out to thousands of COVID-impacted citizens every day so that doctors can attend to patients who need their attention the most.

Apart from this, Project StepOne volunteers also provided psychological counselling to people who had been affected by the lockdown. A small business owner, who was COVID-positive, had seen his business fail and was becoming suicidal. The team of volunteer doctors detected his need for counselling during their triaging and created an emergency alert.

A volunteer counsellor Mr Sudarshana, with experience of handling such cases, had a long conversation with the patient and prompted him to share his story of building his business.

He appreciated how the patient had created his business from scratch and reminded him of his resilient nature, and said he would call him in an hour. With emergency services on standby, the counsellor called, and the patient thanked the counsellor and said he would spend the rest of his isolation planning and managing his business over the phone instead of giving up.

The StepOne team trains each volunteer for their role. It is supported by grants from ACT and Omidyar Network. It will soon start its services in Arunachal Pradesh, and is looking for more corporate partners to join as volunteers.

“Project StepOne needs more corporate partners who can join us under ‘CSRseva.’ It is a unique opportunity for the companies to expand their CSR role beyond the CSR mandated by law. At this time, money is not enough and the situation requires all hands on deck.

“‘CSRseva is an opportunity for companies and employees to make a lasting and meaningful contribution by playing a role in combating this public health crisis. At the same time, the volunteers get satisfaction and a sense of accomplishment by spending a few hours from the comfort of their home,” says Raghavendra Prasad T S, Founder, StepOne.

“The programme allows companies to either adopt a state or a city for the volunteers to serve. Adopting a state involves 90 volunteers for about three hours a day while adopting a city involves 45 volunteers for the same duration,” he adds.