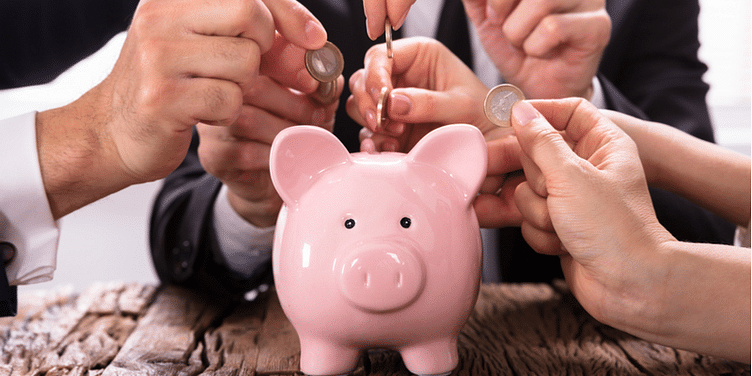 Crowdfunding platforms have been a beacon of hope for many hit by illness and hardship during the COVID-19 pandemic.

At two months old, Teera Kamat was diagnosed with spinal muscular atrophy Type 1. This rare genetic disease attacks the baby’s nerves and muscles, and as it progresses, makes it extremely difficult for the child to carry out basic activities like sitting up, lifting the head, swallowing milk and even breathing.

The treatment? A one-time gene replacement therapy called Zolgensma, which, in her current state, could be a potential “cure”. It is available in the USA for around $2.1 million (Rs 16 crore). Doctors said Teera would not live to be two unless she got this treatment.

In such a harrowing time, crowdfunding became a ray of hope for Teera’s parents. They shared the cause via a campaign on ﻿ImpactGuru﻿.com, a crowdfunding platform in India, and soon donations started pouring in for her treatment. So far, the cause has raised about Rs 5.66 crore.

Like Teera, many other needy people and causes have benefited from the money raised on crowdfunding platforms during the pandemic. For example, crowdfunding platform ﻿GiveIndia﻿ has supported 56 lakh Indians with the Rs 220 crore contributed by individuals and organisations to its non-profit people’s collective, India COVID Response Fund (ICRF). This has been the most impactful intervention executed by the platform in its 20-year history, according to Atul Satija, Founder 2.0 and CEO of GiveIndia.

On ﻿Milaap﻿, every 20 minutes a fundraiser was set up to support COVID-19 relief activities, with the average ticket size of donations reaching as high as Rs 6,000. The platform has so far raised over Rs 107 crore for COVID-19 causes, says Co-founder and President Anoj Viswanathan.

Meanwhile, ﻿Ketto﻿ was able to raise about Rs 120 crore for many causes, according to Co-founder and CEO Varun Sheth.

SocialStory connected with these crowdfunding platforms to understand how they strategized to raise funds and help communities cope with the pandemic.

During the initial days of the lockdown, even as COVID-19 cases and deaths started rising, many migrant workers lost their jobs and began moving back home, sadly, on foot as transport services were suspended.

“When we at Ketto saw what was happening in the country during the lockdown, we knew that people needed to raise money for hospital charges, non-corporate causes, food, ration and PPE kit distribution,” says Varun.

So, Ketto first waived off the customer fee on its platform and took steps to ensure a good customer experience. “We changed our work schedule,” says Varun. “We usually work only for five days, but we made that seven days. From there, we made it rotational. The idea was to have our customer support available for all seven days of the week.”

This was done primarily to help customers in setting up fundraisers, tracking their money, aiding their documentation process, ensuring the smooth flow of payment processes and making sure the money reached them.

Likewise, Milaap helped campaign organisers raise awareness about their drives, says Anoj. “A set of creatives in various sizes suitable for Instagram stories, Facebook cover pages, etc. were made and uploaded on the campaign page with QR codes to donate,” he says.

In addition, Anoj led a task force that provided round-the-clock support to users for their fundraising activities. “The withdrawal and verification processes were happening as efficiently as they used to, but at a much faster rate considering the impending emergency,” he adds.

While a 5 percent fee was usually charged, the platform waived it for COVID-19 fundraisers. The waiver was then extended to all fundraisers when Milaap announced itself as India’s first free crowdfunding platform.

ImpactGuru.com made a similar waiver, about which Co-founder and CEO Piyush Jain says: “To ensure fundraisers receive maximum funds, in August 2020, we introduced the zero percent ImpactGuru platform fee option—whether it’s for patients facing medical emergencies such as COVID-19, cancer, organ transplants; or non-profits fundraising for their programmes; or individuals raising money to fund animal welfare causes, education expenses, or any other cause they are passionate about.”

A three-member steering committee was formed to fast-track and clear proposals for funding relief that would be vetted and tabled by the GiveIndia team. The steering committee comprises Govind Iyer, Egon Zehnder partner and GiveIndia board member; Ingrid Srinath, director at Ashoka University; and Shailesh Haribhakti, independent director and chartered accountant.

Moreover, being a tech-led platform, GiveIndia has been creating and running microsites for corporate partners to reach out to their employees, and for retail and e-commerce partners to engage their customers in a seamless manner.

ImpactGuru.com raised more than Rs 15 crore for COVID-19-related fundraisers to support daily wagers, the elderly, healthcare workers, animals and others impacted by the pandemic. In October, the platform raised over Rs 50 lakh to cover hospital expenses of COVID-19 patients.

In June, a fundraiser was initiated on ImpactGuru by an Army Colonel for his son, who had a cancer relapse. The crowdfunding campaign raised Rs 62.78 lakh from more than 1,500 donors, says Piyush. In another case, a fundraiser was held in memory of Balraj Bawara, who died on October 2, three days after being injured in a fire while on duty in Bengaluru. The fundraiser has so far raised Rs 12.5 lakh to ease his family’s burden, says Piyush.

For the flagship mission, Support COVID-19 Hit Families, GiveIndia partnered with more than 250 non-profits across the country to help daily wagers and migrant workers, who had lost their means of earning, details Atul. As part of this mission, over Rs 49 crore was disbursed to support more than 5.6 lakh Indians, with the cash relief reaching the approved beneficiaries within two weeks.

As part of the humanitarian aid effort on GiveIndia, more than Rs 57 crore has been disbursed. Its partner non-profits have used the amount to serve more than 40 lakh meals to migrant labourers stranded in urban hubs, the homeless, sexual minorities, people living with terminal conditions and disabilities, and children. It has also funded the distribution of 8 lakh hygiene and ration kits to impoverished families.

The ICRF fund also supported the running costs of six mobile medical units in a couple of Mumbai’s densely populated slums, where 71,000 people were screened for COVID-19 symptoms, 6,000 were referred for testing, and 665 coronavirus positive patients were identified.

A major contributor to GiveIndia’s ICRF was the “I for India” concert anchored by Karan Johar and Zoya Akhtar, says Atul. The event saw performances by Shah Rukh Khan, Priyanka Chopra, Kareena Kapoor and AR Rahman, as well as Will Smith, Jack Black, Bryan Adams and the Jonas Brothers from abroad. The celebrities entertained India during the lockdown and urged people to contribute to ICRF, adds Atul.

The top contributions on Milaap, according to Anoj, were for Uber India’s campaign, The ﻿Uber﻿ Care Driver Fund, which raised Rs 31 crore for cab drivers who work with the ride-sharing app; and ﻿Zomato﻿’s initiative, Feed the Daily Wager, that saw total donations of Rs 27 crore. Uber’s initiative was one of the top-performing COVID-19 campaigns, says Anoj. For the Zomato campaign, 44,000 donors came together to provide food kits to daily wage earners, who had lost their means of livelihood, he adds.

Ketto’s fundraisers included children and student campaigns as well—something that hadn’t happened before, says Varun. “Their campaigns were primarily around distributing food and providing shelter to migrant workers. In fact, most of the campaigns that raised money were for food, PPE kits, masks, sanitisers, transportation of migrant workers, COVID-19 treatment, etc.”

Small businesses also received support through campaigns on Ketto. This included Rambo Circus, which went out of business once the lockdown started. Rambo’s campaign was able to raise money to make ends meet and support its artists.

As the pandemic brought adversities, it also saw an outpouring of generosity, with more people contributing to causes than before.

Café Arpan, run by adults with autism and Down’s syndrome, raised Rs 28.85 lakh via ImpactGuru to sustain its operations during the lockdown, with the help of Yash Charitable Trust (YCT).

Ashaita Mahajan of YCT says: “This was the second time YCT took to crowdfunding on ImpactGuru to empower adults with developmental disabilities after the fundraiser in 2017 helped set up Café Arpan. Many thanks to the whole team for their faith in our cause and support.”

According to ImpactGuru co-founder Piyush, in the last six months donations per minute on the platform have almost doubled from pre-COVID-19 levels. The crowdfunding site now receives an average of 2.5 donations every minute.

Milaap has a similar story to tell. “We had earlier raised funds for various natural calamities and emergency causes,” says Anoj. “However, the scale at which the entire nation was pushed by the pandemic brought in unforeseen need for fundraising activities.”

Ketto is already looking ahead. Following the success of several fundraisers, the platform is looking to connect with critically ill patients and raise funds to help in the last-mile delivery of vaccines.

Considering the encouraging trend on crowdfunding platforms during the pandemic, more people can expect to receive aid during trying times and many others will donate for social causes.