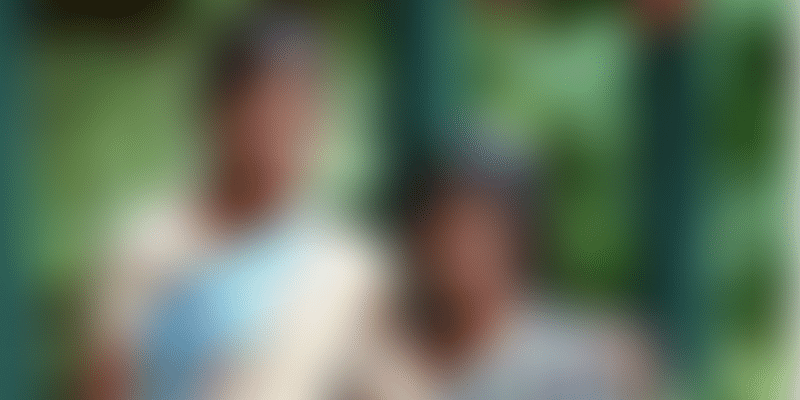 Working as a bonded labourer since she was eight years old, Chandramma is finally a free woman.

I grew up with four sisters and a brother in a small village in Tumkur, Karnataka, before my parents moved to Magadi district in the state to work in the sericulture industry. They got jobs at a factory and both my older sisters followed soon after. I joined them too even though I was only in Class 2 at the time.

On my first day, the workers at the unit showed me how to hold the thread, how it was to be rolled and twisted. That evening, I told my parents I did not like the work and that I would not go back. I thought they would listen, but they refused. It was only in 1996, when I was a teenager, that I was rescued through a joint initiative by UNICEF, a few NGOs, and the Government of Karnataka. I was placed in a bridge school where I started studying again and even picked up tailoring.

But my happiness was short-lived. I was married at the age of 15 and had a daughter, Mamata. However, she died after being bitten by a snake when she was very young. We no longer wanted to live in the house where my daughter had died, so we moved to Magadi, and getting a job at the mill was my only option as we had to make ends meet. We were forced to work long hours for Rs 600 a week. The birth of my son Venugopal was the only positive thing to happen at that time. But happiness has always been a visitor in my life. My mother was diagnosed with throat cancer and my father had started drinking heavily.

We had to get money to treat my mother, so my sister Girijamaa and I sold our kidneys through an illegal racket. I was terrified of the whole process, but we needed the money and comforted ourselves with the thought that the recipient really needed a kidney to survive. I realise now that it was the wrong thing to do.  To make matters worse, the operation had been done badly, and I was forced to have another operation to rectify the previous one. When the police finally uncovered the racket, they found that thousands of poor people, 80 percent of whom are women, had sold their kidneys to make ends meet.

But despite our efforts at treating her, my mother died when I was 24 years old. By this time, my husband had abandoned me, and my family convinced me to marry again. My second son Hemant was born two years later. But money was still an issue and my sister and I agreed to work at a sericulture unit in Chikkaballapur district. We were given Rs 50,000 as an advance.

Meet the brave 19-year-old from Odisha who rescued over 6,000 bonded labourers in Tamil Nadu

Nothing prepared us for the horror that awaited us. I was locked in a small room, given very little food, and a two-litre bottle of water each night for bathing, hygiene, and drinking. Our bodies were covered in boils because of the conditions we lived in. I tried to run away but was caught and beaten severely. But, my sister managed to escape, and I knew she would do everything to save me.

One day, I heard a commotion outside the room I was locked in and I felt I could hear Girijamma calling my name. I thought I was imagining it, but then I started calling back to her. I heard the door unlatch, and a stream of people including the police, TV news channels, and government reporters entered the room. I found out later that my sister and her husband had been approaching various people to help release me. Finally, they had met with a worker from the International Justice Mission, who assured her they would save me.

I was given a Release Certificate and an initial rehabilitation cheque for Rs 20,000 at the  Collector's office two weeks later.

I was now a free woman. My second husband also passed away recently, but that has only made me determined to provide for myself and my sons. My surgeries make it hard for me to stand for a long time, but I am sure I will find a job that will make life better. All I know is that I never want to go back to working in a sericulture unit ever again.

Do you know I was barely eight years old when I touched silk threads for the first time? But, I have never owned a silk sari in my life.