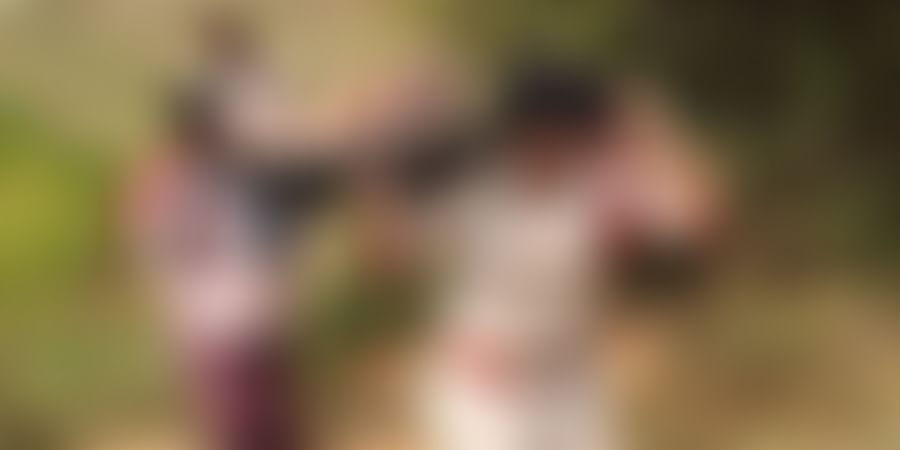 From COVID-19 relief to educating the weaker sections of society, these government officers are truly putting service first.

Recently, a Sub-Inspector (SI) of police was in the news when she carried the unclaimed body of an 80-year-old beggar for over several kilometres in the Kasibugga area of Srikakulam district in Andhra Pradesh.

Kotturu Sirisha was informed of a body that no one was willing to claim or cremate. She carried the man on a stretcher with help from a volunteer from NGO Lalitha Trust and arranged for the cremation.

Like SI Sirisha, other officers in the Indian government have also gone beyond the call of duty to serve the Indian citizens. Here are some who are inspiring people and putting public service before everything else.

One of the main fallouts of the COVID-19 lockdown during the early part of 2020 was a shocking increase in the number of cases of domestic abuse. Telangana's Mahbubnagar district's Superintendent of Police Rema Rajeshwari decided to start a ‘mobile safety’ vehicle to help victims who were trapped at home with their abusers. She set up the unit after receiving a call from a woman who said she was worried about her sister.

The police went to her home and found her in such a pitiful state with bruises all over that her husband was arrested, and the woman was taken to the hospital. Within two weeks of setting up the unit, they were able to save 40 more women from their abusers.

The officer, who hails from Munnar in Kerala, has also restored village schools, facilitated access to drinking water and toilets for students, provided vocational training for 50 joginis recovering from sexual and psychological abuse, and rescued over 1,200 child brides from mandaps.

Aditya Ranjan started work as a techie at Oracle before joining the Civil Services. While still a probationer in the Deogarh district in Jharkhand, he was inspired by a widowed sevika at an Anganwadi, who used her paltry Rs 4,500 monthly salary to improve the state of her Anganwadi. He used his own salary to develop a model Anganwadi for the district.

He then decided to develop all the Anganwadis in his district with government funds into centres where nutrition, healthcare, and education would be integrated so that women and children can benefit from them. The model Angadwadis also helped pregnant women by providing them free of cost medicines and health check-ups.

He also used his background as a computer science engineer, and used old vehicle spare parts to build a remote-controlled medical bot to deliver food and medicine to patients suspected of COVID-19 infection to reduce the stress on the 50-bed South Eastern Railway Hospital in Chaibasa, Jharkhand.

A former doctor, Aditya Prakash Bharadwaj faced a lot of opposition from his family when he decided to write the Civil Services exam. He set up a social organisation called ‘WeCare’ to provide fresh meals to migrant workers during the coronavirus lockdown. The group also feeds stray animals.

Aditya and his team took over a kitchen attached to a temple on Mathura Road, where a lot of migrant labourers would pass through. He says that food should be available to all living beings as it is their basic right. The group also provides milk to over 190 kids, and protein-rich food like soya beans, pulses, and eggs to pregnant women. They also provided cooked meals three times a day to those who don't have provisions to cook.

He also started Wecare Pathshala — a school for those who have no formal education, including people who are differently-abled and economically backward. The school teaches basic English, Hindi, and Mathematics.

Pritpal Kaur, a 2016 batch Indian Police Service officer — who serves as the local Superintendent in Nagaland — is going out of her way to help locals in the remote border town of Noklak aspire for a better life.

Kaur came up with the idea of coaching civil services aspirants while she was serving in the neighbouring Tuensang district. She conducts free coaching classes for various government departmental exams at the SP Office conference hall with Yithachu EAC Noklak, Suhas (45 Assam Rifles), and Ankit, a government employee at Noklak.

She conducts these classes between 6 am and 10 am so both students and tutors can attend before going to work. Kaur spends part of her salary on the books that she gives to the students.

They are also provided with study materials, and she conducts regular tests. The students at the centre are being coached to take the civil services exam and Staff Selection Commission, Central Armed Police Forces, bank, and state-level departmental exams.