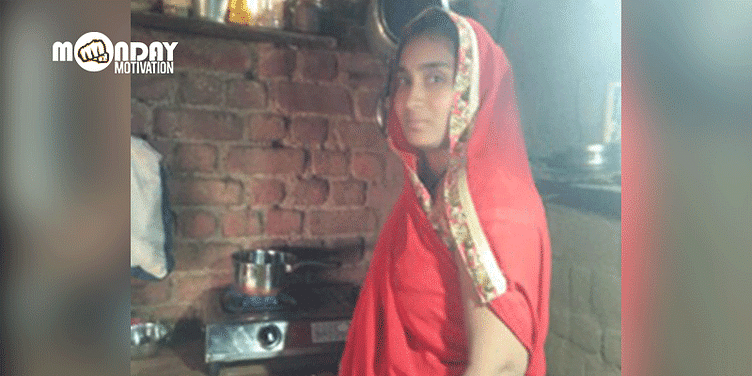 Vimalaben Dabhi decided to step out of her comfort zone after being inspired by a session she attended on innovative farming methods.

Vimalaben Dabhi is one of the many farmers with small land-holdings in Gujarat’s Bhavnagar district. She lives on one acre of farmland with her husband and three children. The family earns a living growing lime, bajra (pearl millet), vegetables, and rearing livestock.

“We own 5 cows and buffaloes and are managing our financial needs through farming and tending our animals,” says Vimalaben.

One of the biggest challenges she faced was collecting firewood for cooking.

“I would spend more than an hour each day collecting sticks that I could use in my kitchen. The smoke from the fire would hurt my eyes and I found it difficult to breathe. It would also take a really long time for the food to cook,” she says.

She first heard about the advantages of using biogas when she attended an awareness meeting at Utthan, an Ahmedabad-based  NGO, along with members of her self-help group (SHG).

“I decided that I would build a small biogas plant on my land and started getting all the necessary approvals.”  Utthan has been advocating at the Advocacy at national, regional and global levels and has successfully established networks like Pravah, Mahila Swaraj Abhiyan and Working Group for Women & Land Ownership, which has supported several initiatives, promoting human rights and development discourse. The workshop was facilitated by Udyamstree, which has been fostering and supporting entrepreneurship in rural women and as a way to power women’s economic empowerment in India.

In November 2019, the unit installation was completed after she got all the official clearances.

“I invested Rs 10,000 and got a project investment of Rs 24,500 from Utthan that helped me build a two cubic meter bio-gas plant on my field,” says Vimalaben, adding that the benefits have been far more than she could imagine.

The unit produces 30 kg of slurry per month from the organic waste that is fed into the plant. Vimalaben uses this as organic fertiliser on her plot. “We have seen a significant increase in agricultural output since we started using the slurry from the plant,” she says.

“This has also helped cut firewood collection time and has saved us a lot of money. If we had switched to LPG cylinders, we would have had to pay Rs 4,900 per year for about seven cylinders. Having a functional biogas unit, we are able to save this amount, which is a lot of money for us. This includes the cost of having to transport the cylinders from Valukad, which is more than 10 km away.

Vimalaben believes that her family was able to benefit because she was not afraid to step out of her comfort zone and try something new.

Teach For India - Because every child deserves an excellent education