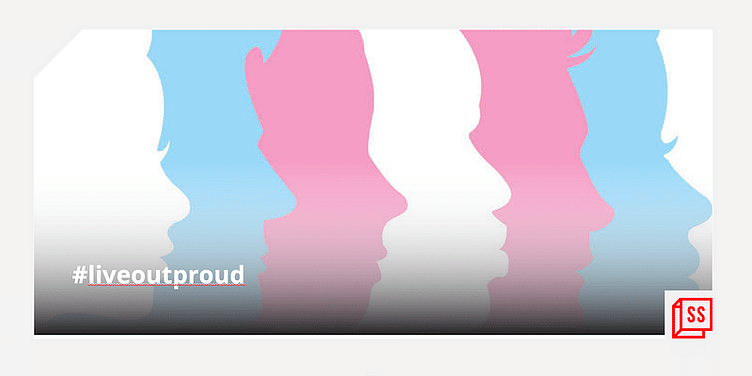 In the first of a series “Living out Proud” for Pride Month, Social Story profiles TALMS, an organisation supporting transgender people seeking reassignment surgeries. Throughout the month, we will feature various issues LGBTQIA+ people face, as told by leading activists and members of the community

In 2020, the Government of India framed the Transgender Persons (Protection of Rights) Rules, which stated that transgender persons could get gender reassignment surgeries free at state-run hospitals. The rules made it mandatory for each state to have at least one government hospital to provide gender-affirming or sex reassignment surgeries (SRS) at no cost to the individual.

The rules also stipulated that state hospitals offer free counselling, hormone replacement therapy (HRT), and state medical insurance would cover the cost of the procedure, including counselling, in private hospitals. Several states like Tamil Nadu and Kerala had already taken the lead and earmarked state hospitals to perform the SRS for free prior to 2018.

While these initiatives are welcome in a country where there are over two million transgender people, many still find it difficult to find access to surgeries and even basic healthcare.

“Of all of these factors, finding the funds needed to have their surgeries is one of the biggest burdens, considering the average cost of these surgeries. Additionally, most people do not want to help fund trans people’s surgeries,” says Mann Chavan, Founder and Director of TALMS (Trans: Alms) Charity Foundation, an India-based charity foundation that helps transgender people across the globe get grants for surgeries through personal and corporate funding. Mann is a transgender man who founded TALMS in May 2021 to ‘create a brighter and easier tomorrow for trans people across the globe’.

Once a secret Facebook support group, Queerala is spearheading the LGBTIQ rights movement in Kerala

Mann says there are several reasons why people seeking SRS are unable to raise the required funds.

“Based on my interactions with applicants, my transgender peers, and through community outreach, there are a few key reasons why transgender individuals are unable to raise funds for their surgeries. Many simply can’t afford it because they find it difficult to get jobs because of social ostracisation and the cost of surgeries is prohibitive,” he says, in conversation with Social Story.

He says the cost of SRS varies from person to person. “It can be a series of surgeries. That being said, the general range of gender affirmative surgeries for transwomen can cost anywhere between Rs 2 lakh to Rs 14 lakh. This includes a range of surgeries such as Facial Feminization Surgery (FFS), breast augmentation, vaginoplasty, body contouring, thyroplasty--voice surgery, etc. For transgender men, surgeries can vary anywhere from Rs 4 lakh to Rs 15 lakh. Some of the key surgeries include mastectomy, hysterectomy, metoidioplasty, phalloplasty, etc.,” says Mann.

He adds that getting loans is also not a viable option for many trans people, as they are either unemployed or are living below the poverty line.

“Insurance is also not an option as SRS are not covered under mediclaim and most other medical insurance policies. The Ministry of Social Justice recently rolled out the Ayushman Bharat Transgender health insurance scheme as part of the Support for Marginalised Individuals for Livelihood and Enterprises (SMILE). The scheme provides a Rs 5 lakh package to cover Hormone Replacement Therapy (HRT), SRS, and post-surgical care at government and empanelled private hospitals,” he says, adding that many people fail to qualify for these loans as the eligibility is restricted to transgender individuals among the rural poor, who hold a transgender (TG) certificate issued by the Ministry of Social Justice.

Many people seeking SRS often resort to crowdfunding to raise money for their surgeries. “They get bullied online and trolled for asking for money for what the general public perceives as ‘one’s own choice’ in contrast to those suffering from terminal ailments. What they don’t understand is that gender dysphoria itself is very debilitating and can ruin a person’s life,” says Mann, who adds that people seeking surgeries also lack support from their families.

“In India, familial acceptance of transgender people is minimal. Even if there is emotional support, that doesn’t translate to financial support,” he adds.

Trust in the system

One of the main challenges that people seeking SRS is a fear of poorly executed surgeries. “While there aren’t any official surveys done, there are a lot of people whose surgeries have been botched, both in terms of aesthetics as well as functionality. Many are required to have corrective surgeries in order to rectify the damage. Not many doctors have specialised in these surgeries, and a lot of it is done for commercial gain rather than improving the life of a trans person,” says Mann, who also cites the lack of sensitivity in hospitals.

“Government hospitals fail to offer a sensitive approach to the process. There’s a lack of knowledge about the transgender community among the staff. Prejudice is another factor. In such an environment, transgender people often and mostly choose private clinics and hospitals where their needs are prioritised. In addition, appointments in government hospitals can be delayed and untimely. Very often, private clinics and hospitals are better when it comes to providing an inclusive environment,” says Mann.

Having a supportive environment is very important for a person seeking SRS as they have to go through a significant process before even being eligible for surgery.

To avail of a grant on TALMS, an applicant has to abide by the guidelines set forth by medical institutions.  It requires all applicants to be compliant with the same and as such produce the following documents:

An applicant can fill out the form available on the TALMS website.

“The application form will help us understand the applicant’s background, financial standing, and transition journey so far. It helps us understand how we can get him/her to their end goal. After the form is filled and the documents are received, we send an automatic confirmation email of form submission. A personalised email is sent later if any additional documentation is required or missing,” says Mann.

TALMS then schedules a call with the counsellor. “After the call, an MoU is sent to the applicant for proper understanding of the process. The applicant is also requested to send the quotes for the desired surgery or surgeries from their chosen doctor. Once the papers are processed along with the MoU, we schedule another call with our psychologist and verify the consultation papers with the respective hospital/clinic.” Mann personally connects with applicants over a video call once their paperwork is complete.

When asked how they raise funds, Mann says, “We have multiple options for fundraising. When it comes to personal funding, individuals can make donations if they feel like contributing towards the cause through our website as well as our fundraiser on ketto. Likewise, corporates and companies can also use their CSR funds towards enabling the cause through our website, and enjoy the benefits of 80g and 12A. As our applications have increased over a year, we have also reached out to NGOs, HNIs, and community groups to collaborate and help raise funds.”

“We have successfully funded a transition in India and abroad and are looking to raise funds to help more people.  But we have received a lot of applications. Based on the applications we have received so far, we have observed a ratio of 3:1 for MTF (Male to female) vis-a-vis FTM (Female to Male) transitions.”

Even today, there is a lot of misconception about the transgender community. Number 1 on the list is that it is a choice. “Gender dysphoria is the base of a person being transgender. It is a neurological condition which essentially is the discomfort caused by the disconnect between one’s sex assigned at birth and the gender the person identifies with. There has to be more openness when we discuss this as it will help people understand transgender people better,” says Mann.

He says that while choosing to transition physically through HRT, SRS, etc, is a choice, the root of the matter–gender dysphoria–is not a choice. “There have been studies that show the grey and white matter density in the brains of transgender individuals in comparison to those in cisgender individuals (those who identify with the sex they were assigned at birth),” says Mann.